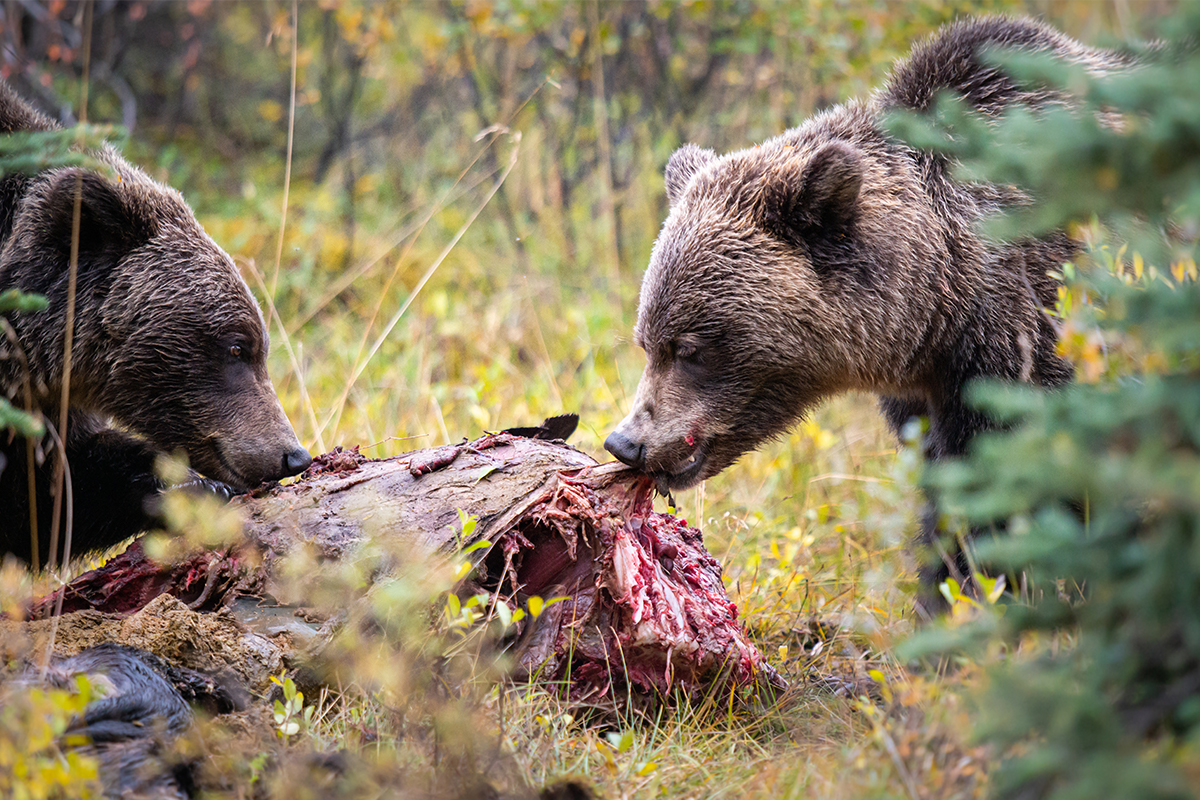 A grizzly stealing a kill from a Yellowstone wolf pack is not particularly new news. It’s actually a pretty common occurrence for a grizz to grab an easy meal from wolves after they’ve done the heavy lifting. The two apex predators have been at odds since wolves were reintroduced to the area in 1995.

What is newsworthy, though, is the ongoing, seemingly symbiotic relationship between Yellowstone’s Junction Butte wolf pack and resident grizzlies.

Yellowstone National Park wildlife officials captured video footage of a grizzly bear hunting with the Junction Butte wolf pack in October. The bear was traveling with the wolves as they hunted down and killed an elk, before ultimately running in to claim the carcass.

The chance for grizzly/wolf interaction is pretty high considering the size of their populations, too. There are currently 728 grizzlies and 123 wolves in the park according to the National Park Service.

The Junction Butte pack formed in 2012 and includes about 24 wolves, making it one of the largest packs in Yellowstone. They are also the most observed pack in the park because they den within view of the Northeast Entrance Road and the road to Slough Creek Campground, giving thousands of visitors a daily look. The pack had eight pups in 2021.

Park officials said in a Facebook post that wolves will typically yield to incoming bears. It’s easier for the wolves to wait their turn than to confront a grizzly. They also don’t have a lot of energy at that point. Gray wolves have a hunt success rate between 3% and 14% and it takes a huge physical toll to chase prey.

While following a wolf pack on the hunt also takes a lot of energy, grizzlies have learned that it’s less effort than they would expend taking down an elk themselves. When a species steals resources from another like this, it’s called kleptoparasitism.

Since elk meat makes up almost all of a wolf’s diet in the winter and given the size of the Junction Butte pack, it only makes sense that grizzlies have keyed in on their tactics.

It’s an occurrence that’s been captured several times in the past couple of years.

In late December 2019, a wildlife tour guide videoed a bear that should’ve been in hibernation but was raiding an elk that was killed by the Junction Butte pack (above).

In September 2020, another tour group caught a ballsy grizzly interaction with the wolf pack that was speculated to be over another elk kill. Do yourself a favor and watch the video below on mute. You’re welcome.

It’s not certain if the grizzlies in these videos are, in fact, the same animal. There’s nothing to indicate the same bear has embedded with the pack, so to speak. But there is a chance that a dominant grizz has figured out its own meal ticket.

Likewise, the prevalence of video footage of grizzlies hunting with the Junction Butte pack might just be a function of their accessibility to tourists and wildlife tours. Regardless, it’s fascinating to have a window into the evolution of the relationship between two apex predators. 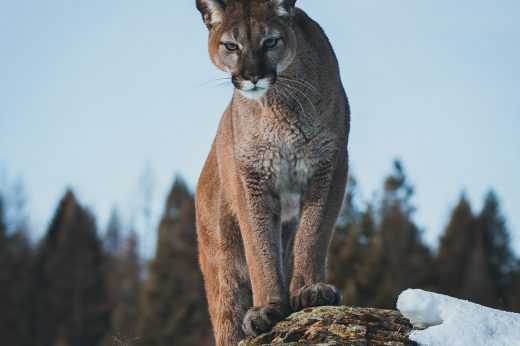