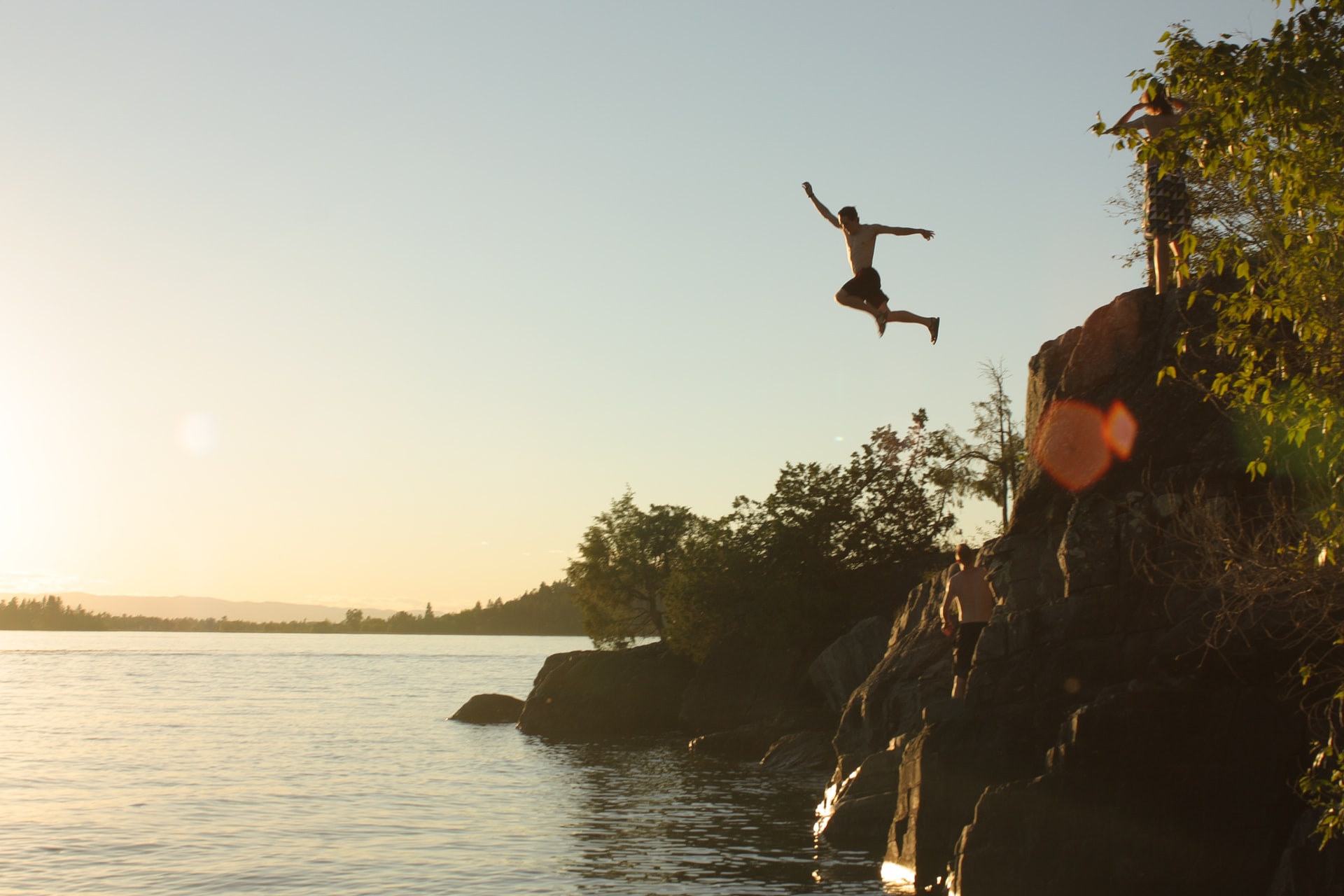 It takes a special kind of crazy to jump from a rock cliff 100 feet into water — crazy that’s even crazier than the need to appease the 20,000-headed Instagram monster.

Adrenaline junkies typically flock to well-known and well-documented cliff-jumping stops in Utah, Arizona, California, Texas, and even Hawaii to grab a selfie (but not actually jump) and hashtag the shit out of #liveauthentic, #YOLO, #bestlife, and #exploremore. The list of ledges here purposely doesn’t include those places.

Instead, these five spots are a bit more under the radar and locally famous. They’re somewhat off the beaten tourist path, so you’re not likely to find Yelp reviews or even verified locations for them (Insta-sketchy, right?!). There’s nothing more authentic than a place where you’ll find fewer people, butt-clenching cliff jumps, lots of laughs — and, oh, maybe some underage drinking. These are local hot spots after all.

Use common sense, however. Cliff jumping from any height is dangerous. Don’t let your buddy talk you into a bad situation, and don’t put yourself into one. Look up advice on safe jumping before you jump.

Prepare to get really high when you head to the quarries in the Green Mountain State. Leaps from the tallest points are over 100 feet, giving you almost three seconds for your life to flash before your eyes. If you’re wondering why they throw rocks off before they jump, it’s to break the surface tension on the water below, making their impact less like kissing a brick wall.

The Adirondack Park has endless lakes, streams, and rivers. The park also has giant rock masses pushed around by glaciers about 21,000 years ago. Bluff Island on Saranac Lake has one of them, a 70-foot drop that’s more intimidating because the water is dark, cold, and deep. Who knows what the hell’s swimming around down there.

Formed by the Tennessee River, High Falls doesn’t offer nosebleed heights, but at 35 feet and with churning whitewater below, it’s still holy shit-worthy. The natural bridge rock formation also provides a couple other jump opportunities. Crank up some Skynyrd on the drive to get yourself pumped to make this jump.

Tucked back in one of the most scenic areas of the Volunteer State, Foster Falls almost makes you feel like you’re the first to discover it. But enough of that mushy shit; tie a second knot in your drawstring or hold on to the top of your two-piece because the 60-foot drop into the deep gorge pool is a freaking doozy.

Tally Lake features a bunch of different cliffs, but the 100-footer is the coup de grâce. Beyond the leap into big sky oblivion, the dark water adds to the second-guessing of your choices in life. But don’t fear, at 445 feet deep, there’s a lot of water between you and all that Montana at the bottom.

Read Next: Why Marine Veteran Scotty Bob Is Training the Next Generation of Base Jumpers