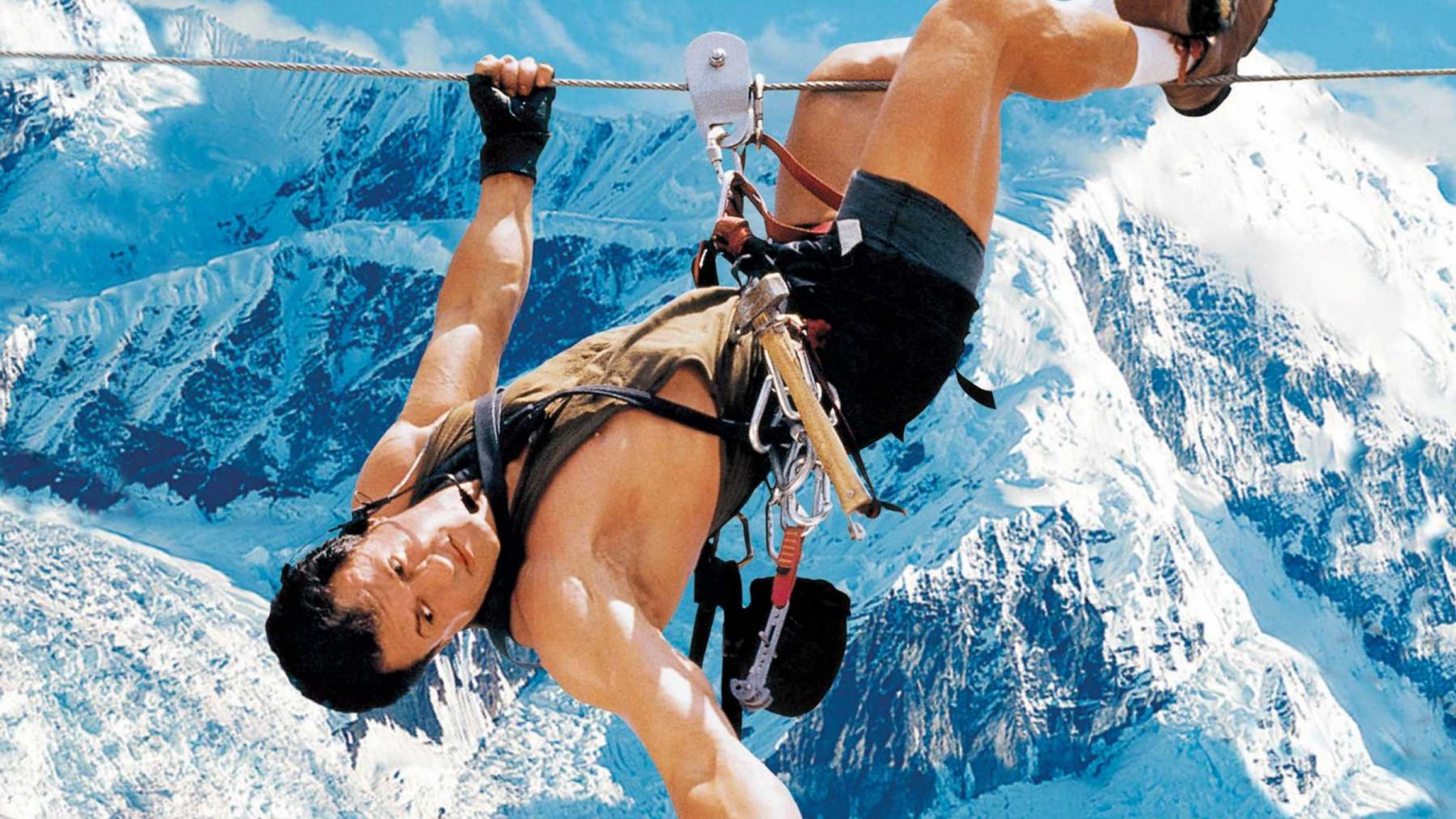 A team of Nepalese climbers just became the first people to ever summit K2 in the winter. The group of 10, including nine Sherpa and one Magar, paused 70 meters short of the summit, which stands at 28,251 feet, to wait for everyone to catch up before entering the history books. Maybe we’ll see a movie about this historic climb one day — and hopefully, it’s better than the film bearing the mountain’s name made back in 1991.

Ascending mountains and battling the forces of nature just to say “I did it” is the stuff of high drama, of big suspense. Thing is, a lot of fictional movies about mountaineering and climbing are awful. Most of them aren’t great. But there are a few gems well worth a rewatch.

This is a dated, sappy movie in a lot of ways, but it provides a great, if idyllic, look at old-school mountaineering. Limited safety gear, ill-fitting packs, wool suits, fedoras, and all. And this wasn’t filmed on a set with matte painting backgrounds. The cast and crew actually summited Matterhorn, which stood in for the fictional Citadel in the movie, so the filming still stands as a real mountain achievement.

Best Moment: When rival guide Emil Saxo (Herbert Lom) breaks his leg near the summit, he tells Rudi (MacArthur) to leave him and keep going. Rudi refuses to abandon him, sacrifices the summit, and painstakingly lowers Saxo down to base camp while his climbing partners reach the summit on their own. When they return to the village, Capt. Winter (Rennie) tells the crowd that “it’s Rudi’s mountain.”

Then Winter shows him through a telescope that he retrieved Rudi’s flag from his discarded pack on the way up and planted it at the mountaintop for him.

A big ol’ budget and some top-notch CGI make this one of the most balls-out mountaineering movies of all time. If you were fortunate enough to see it in IMAX, it was really something special. The movie chronicles the real events of the 1996 Mount Everest disaster, specifically the survival attempts of two expedition groups, one led by Rob Hall (Jason Clarke) and the other by Scott Fischer (Gyllenhaal). In real life, eight climbers were caught in a blizzard and perished on the mountain while descending from the summit during the third deadliest season in Everest history.

Memorable Moment: On the descent, in the midst of a swirling blizzard, Doug Hansen (John Hawkes), suffering from extreme exhaustion and altitude sickness, detaches himself from the guideline in a semiconscious state, staggers along for a bit, and then silently falls to his death. No scream, nobody there to react. He’s just gone.

Touching the Void, categorized as a docudrama, is a great blending of movie and documentary — partly because of the stellar reenacting of the harrowing experience of what could have been a climbing disaster on Siula Grande in the Peruvian Andes in 1985. The film is narrated by the actual survivors, Joe Simpson and Simon Yates, while Brendan Mackey and Nicholas Aaron act out the events, creating one of the most dramatic climbing stories ever put on film.

Best Moment: After Yates accidentally lowers a badly injured Simpson over the edge of a cliff on a rope during a blizzard at night and can’t pull him back up, he makes the difficult decision to cut his friend loose. Simpson falls over 100 feet and wakes up on a sloped icy ledge hanging above a deep crevasse, unable to see the bottom. There’s no way to climb out, so he lowers himself deeper, hoping for the best, and knowing if he doesn’t see a bottom when he runs out of rope, he’s done for.

For all the great movies Eastwood has made, there have been a few serious stinkers. This movie isn’t among the worst, but it’s close. As usual, it’s not enough for the movie to be about climbing, so the protagonist is an art history professor, mountaineer, and former assassin who once worked for a shadowy government agency battling an albino ex-Nazi. Oh yeah, his last name is Hemlock. Plus, the movie as a whole is super dated and displays some Anchorman levels of sexism. What’s worse is one climber died during the production.

Worst Moment: This one doesn’t really have a defining worst moment. It’s all pretty unbelievable and so much so that the spectacle of the climbing scenes and the scenery are overshadowed by a lot of long boring scenes supporting a really convoluted plot that is pretty impossible to follow, acted out by stereotypical characters. You’re better off watching the Archer episode spoofing the movie. Make yourself a thermos of Peppermint Patties to drink while watching. You won’t be sorry.

There are a lot of outrageous scenes in this over-the-top ’90s action movie that’s less about climbing and more about a huge cash heist — but could the filmmakers have done the relatively few climbing scenes better? Yeah, they really could have. It gets an extra ding for trying to pass off the Dolomites in Italy as the Rocky Mountains. Plus, clearly, nobody paid attention to the gear the actors were using. The opening shows Gabe (Stallone) free climbing, despite being adorned with a harness full of climbing gear, presumably because he forgot his rope. Gabe does have a weird pneumatic “bolt gun” thing that has never existed, which can amazingly fire ice screws right into solid rock. Details.

Worst Moment: Kinda hard to suss this one out, but the scene where Gabe climbs up a sheer ice wall, barehanded, in a T-shirt is just plain ridiculous. Sly reportedly got frostbite filming this scene, which required him to really be on the side of a mountain in his meager costume. Climbing ice is scary enough. They didn’t really have to ratchet it up by having the bad guys take away Gabe’s ice axes.

This movie wants to be good, it really does. The actual climbing is good and the scenery and cinematography are gorgeous. The mountaineering techniques are solid and there’s even a pretty good free climbing scene in the beginning. The leads do their absolute best and clearly trained for the movie — but in the end, the plot turned out to be a pretty tired collection of man-versus-nature cliches, and sadly predictable. Oddly, the movie is an adaptation of a stage play loosely based on the story of Jim Wickwire and Louis Reichardt, the first Americans to summit K2. For the climbing scenes alone, it’s one of the good ones, but overall this movie is a dud.

Worst Moment: Michael Biehn basically plays the same character he played in Navy SEALs, just in the form of a weekend warrior climber with a white-collar desk job. In a climbing version of the golf cart scene, he shows off his prowess by spontaneously climbing the facade of a building. Yes, an experienced climber could do this, and yes, famed free soloist Alex Honnold has performed similar feats, but in the movie, it comes off super corny. Maybe it’s the baggy-ass ’90s suit he’s wearing.

This movie is just pure dogshit. Even someone who knows nothing about climbing can’t gloss over the nonsense in this one and enjoy it. The acting is bad, the plot is convoluted at best (because climbing K2 still isn’t dramatic enough, apparently), and it’s bursting with cliches. The climbing scenarios are goofy as hell and somebody has a canister of nitroglycerin with them for some reason? The scenery and locations used for filming are the best things about this movie, and the only real reason to watch it. Ever.

Worst Moment: The whole beginning, with the climbers falling, their gear just bursting out of the rock one after the other, and then the brother and sister having to cut their father loose to save themselves, really sets the tone for the shit-fest to come. But the worst moment has to be when Chris O’Donnell sprints, leaps across a yawning chasm, and just plants himself on an ice wall with two ice axes. That’d be awesome, but the thing is, he’s supposed to be at an altitude of over 20,000 feet, without oxygen, and he’s wearing crampons. Nope. Nope. Nope.

Ah, Werner Herzog. We’re always sure you have something really dark and important to say with your movies. Not that we can always tell what the fuck it is. Scream of Stone (just try to read that title without hearing it in Herzog’s weird voice) is supposed to be based on the real-life first summit of Cerro Torre in Southern Patagonia, a story full of drama that the movie completely misses, even though it was filmed on location, with some scenes shot near the summit. Instead, we get a flick full of weird dialogue and slow panning shots of beautiful scenery.

Worst Moment: Pretty much all of the moments where the characters are talking.