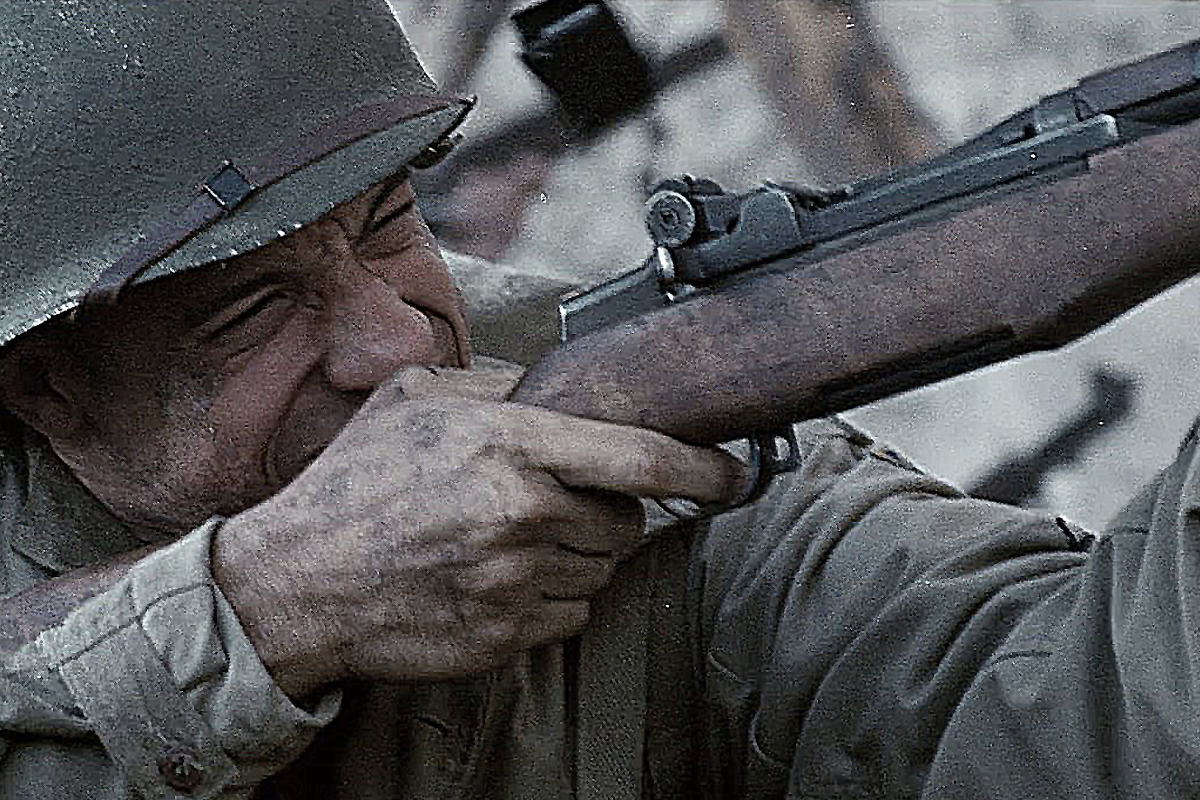 The beloved M1 Garand Rifle carried the deadly end of American foreign policy from U.S. shores into Europe and the Pacific in World War II and into the forests of Korea the following decade.

But the iconic rifle is typically discussed alongside its “fatal flaw” — it emitted a distinctive ping when the clip, usually an eight-round strip, was ejected with the final cartridge it held. As the theory goes, that ping told the enemy that a rifle was empty, giving them a chance to leap up and kill the now defenseless American.

But as YouTuber “Bloke on the Range” shows in the video below, it’s actually very unlikely that the enemy would gain any real advantage from the M1 Garand’s sound.

And many veterans of World War II interviewed after the wars said they actually preferred to have the sound as a useful reminder to reload.

To get a grip on the controversy, imagine being a young G.I. in combat in World War II. You’re moving up on a suspected Japanese position with a fully loaded M1 Garand. You catch a bit of movement and realize the small mounds on the ground in front of you are actually enemy helmets poking up from a trench.\

You drop into a good firing position and start throwing rounds down range. With seven shots, you kill one and wound another. Your eighth shot reinforces the man’s headache, but it also causes the ping, telling the attentive third Japanese soldier that you’re completely out of ammo.

The theory states that that’s when the third soldier jumps up and kills you. But there are a couple issues with the theory.

First, in the chaos of combat, it would be uncommon for an enemy to hear the clip ejecting over the sound of the fight. Second, soldiers typically fight as a group, so the G.I. in the hypothetical should actually have five to nine other soldiers with him, and it’s unlikely that more than one or two of them would be out of ammo at the same time.

Third, as the Bloke demonstrates, it doesn’t take long for the shooter to reload, putting them back in the fight and ready to kill any enemy soldiers running to take advantage of the ammo gap.

ArmamentResearch.com found a 1952 Technical Memorandum where researchers asked veterans who carried the rifle what they thought of the ping. Out of 315 responders, 85 thought that the ping was helpful to the enemy, but a whopping 187 thought it was more useful to the shooter by acting as a useful signal to reload.

An article by a Chief Warrant Officer 5 Charles D. Petrie after he reportedly spoke to German veterans of D-Day who found the idea of attacking after a ping laughable. They reported that, in most engagements, they couldn’t hear the ping at all, and the rest of the time they were too aware of the rest of the American squad to try to take advantage of it.