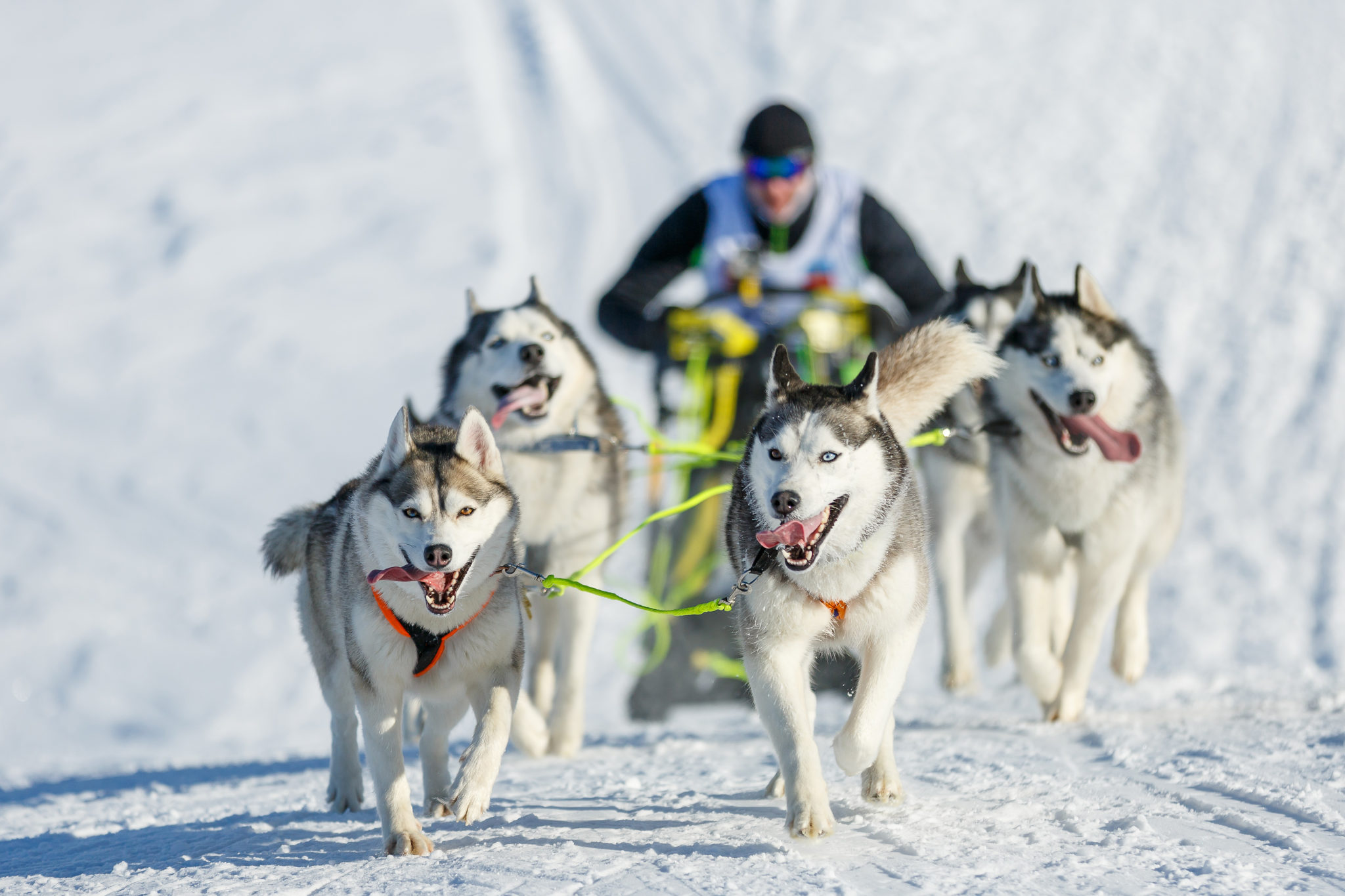 Gliding across the snow on a dogsled is a perception changer. Traveling by dog team opens up the wilderness. In a world filled with mechanical transport, allowing a team of Alaskan huskies to pull you across a frozen muskeg or through the taiga is a worthwhile throwback.

“We went out, and I would say I was hooked from the moment I set foot on the runners,” Kathy Frederick, a 2010 Iditarod competitor, said in a recent interview with Coffee or Die.

Frederick lives in Palmer, Alaska, and works for the state as the Chief Administrative Law Judge for the Office of Administrative Hearings. Despite her long legal career, she described dogsledding as “my favorite topic.”

While she lives in Palmer, she also owns a yurt and a small parcel of land up the Mat-Su valley, north of Willow. Her dogs live there, on the edge of the wilderness near Talkeetna.

Though the Iditarod is the most famous dog sled race, Frederick has not limited herself. She and her dogs have run the Knik 100 and 200, the Klondike 300, and the ACE Race, among others.

Frederick moved to Alaska in 2002, but her interest in dogsledding goes back to a 1995 trip to Nome, a small town in western Alaska and the finishing line of the Iditarod.

“As part of that trip, a friend and I — and our daughters — flew up to Nome, and I heard about the Iditarod, and I thought, Wow, this is really cool. And it kind of captured my imagination.”

Frederick first stepped on the runners in Maine as part of a three-day guided trip in 1996.

“I stepped on the runners, and I was also thinking I wanted to do the Iditarod,” she said. Frederick got her first sled dog before her move out West and had the beginnings of a kennel by 2006.

“So you’ve got the history component, it involves dogs, you’re in the wilderness, it’s quiet, it’s beautiful, and they can take you places you can’t go alone.”

After years of dogsledding and building her kennel, she knew that the time was coming to register for the Iditarod. The course runs for almost 1,000 miles, though the details shift between even and odd years.

Wearing bib number 46, she and her 14 dogs set out from Willow on March 7, 2010. She and her team covered the 45 miles to the first checkpoint, Yentna Station, in 3:53, for an average speed of almost 12 miles per hour across frozen muskegs and lakes of the Susitna Valley.

She made good time, covering 202 miles by March 19, when they hit a bad stretch of thinly covered ice over Dalzell Creek, not far from the Rohn checkpoint. Frederick, thinking she was on snow, deployed her drag brake, which caused the sled to skid and crash on ice. Neither she nor her dogs were hurt. Trail sweeps helped her recover her sled hours later. Due to a rule stating that no musher may receive outside assistance, she scratched from the race.

“I knew it was probably a one-time thing for me because the cost was high, and I wasn’t working in order to be able to do it,” she said.

But her Iditarod adventure was far from the end of her dogsledding career. Starting February 21, Frederick will participate in the 2020 Serum Run Trail Expedition.

She and others are “going from Nenana to Nome by dog team, as part of the Serum Run. And we’re taking vaccines and vaccinating dogs along the way,” Frederick said. The race honors the spirit of the 1925 dogsled rush to Nome, in which mushers and their dogs carried diphtheria medications to the remote town.

But there’s a lot more to dogsledding than simply harnessing huskies to a sled. Most Alaskan mushers run with Alaskan huskies, not their larger Siberian counterparts.

When asked why that is, Frederick laughed. “They’re called Slow-berians for a reason,” she joked.

In a twist of irony, the dogs of the 1925 Nome Serum Run, including the internationally famous Togo and Balto, were Siberians.

“Their strength is they will go a long time, they don’t need much rest, and they have really tough feet,” Frederick said. That makes Siberians ideal cargo dogs.

She said that a good sled dog has good feet, a good attitude, a good appetite, and good blood.

“Once in a blue moon, you find a dog that doesn’t particularly like to pull or run,” she said, “and you find a pet home for them where they’ll be someone’s hiking buddy.”

As for the reasons that keep her mushing sled dogs through the years, her answer was simple.

“I’m a big history buff, and I like animals,” Frederick said. “So you’ve got the history component, it involves dogs, you’re in the wilderness, it’s quiet, it’s beautiful, and they can take you places you can’t go alone.”

This article was originally published Feb. 12, 2020, on Coffee or Die.