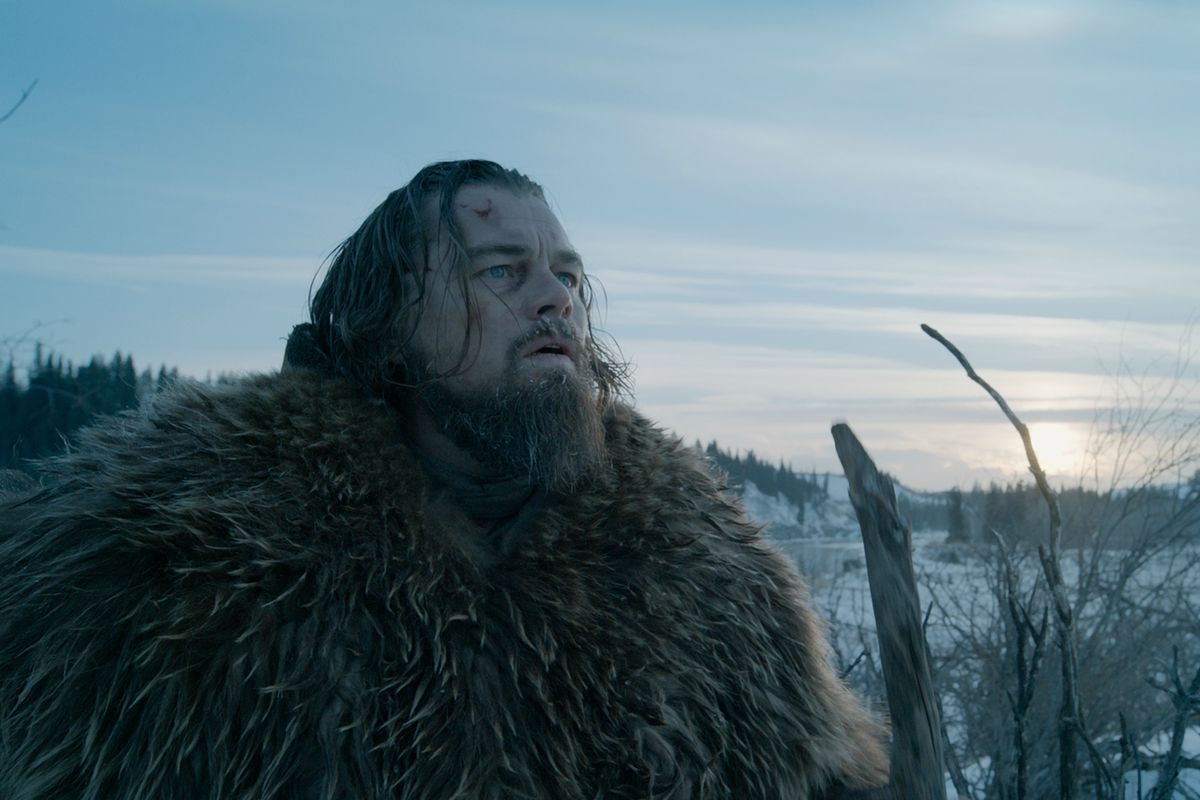 Sometimes, characters in movies make inexplicably stupid decisions, the kind that make you scream at the screen in fury. In survival movies, when the stakes are incredibly high, dumb characters making dumb choices is even more infuriating than it usually is. These are a few dumb survival-movie moments that get me angrily damning fictional characters to horrible fates as the dog listens in confusion and horror, in no particular order.

That damn baby T. rex: While this isn’t precisely a survival flick, a lot of it is about a bunch of people trying to escape an island full of prehistoric apex predators, so I say it counts. We’re calling attention to paleontologist Dr. Sarah Harding in this one. When she and the other “good guys” free the captured dinosaurs from the InGen team’s camp, Harding sees an injured baby T. rex staked out as bait for its mother by the evil hunter — of course he’s evil; he’s a hunter. She just has to rescue it and treat its injuries — in their base-camp RV. Of course, the pissed-off T. rex parents attack the RV, and poor Eddie Carr (Richard Schiff) gets eaten, saving their dumb asses. Then, to compound her dumbassery, she keeps wearing a shirt soaked in the baby dino’s blood and hangs it to dry IN HER TENT. Does the big T. rex attack again? You bet it does.

Lesson: This one’s easy. Don’t go to an island full of dinosaurs. Period. Unless you’re doing some hunting, because that sounds fun.

Chock-full of stupid: This movie seems like it will be a solid adventure flick early on, but that promise fades very quickly. In short, a couple and a brother-sister pair meet on the road and come into possession of GPS coordinates they believe will lead to $4 million in stolen gold coins. From the beginning, these people are all stunningly stupid. They offer some flimsy excuses for not being able to buy gear in the small town before they head out into the winter wilderness of Vancouver, but they go anyway. It’s like not being able to rent air tanks but going scuba diving anyway. They immediately realize it’s too cold for jeans and peacoats, but they just keep going on an estimated 30-mile hike. They follow the GPS yet still somehow get lost, and they don’t even bother to consult a map to find out there’s a giant cliff in their way. They refuse to do anything even remotely intelligent as they turn on each other until, against all odds, they find the hundreds of pounds of gold. Their big plan is to stuff coins in their coat pockets (I shit you not) and start walking back. Most of them die. I did not feel bad.

Lesson: Winter is cold, and gold is heavy. Prepare accordingly when endeavoring to retrieve a treasure trove of said gold in winter … in Vancouver.

A frozen horse is not an igloo: I like this movie just fine. It deviates a whole lot from all accounts of the real story of Hugh Glass’ remarkable survival story, but whatever. Even if it isn’t super re-watchable, it’s a fun ride, and it looks gorgeous. But this one part just makes me grind my teeth. In a wholly invented event, Glass finally gets a horse, but the Arikara ambush forces him to ride off a cliff. He survives by falling First Blood-style through the branches of a huge tree, but his horse is killed. A big winter storm hits right then, so Glass goes full Skywalker, and the horse is his Tauntaun. He cuts it open, pulls out its guts, and crawls into the carcass, naked, to hide from the wind. Sure, the inside of a recently killed animal is warm, and, yeah, doing this might help to quickly raise a hypothermic person’s temperature, but piss is warm too, until it ain’t. If you stay in a dead animal all night in a storm, it’s going to freeze, like anything else made of meat. When Glass wakes up after the storm, he has to crack its flesh apart to get out because it’s frozen solid. If the horse froze, Glass would have been damn-near frozen inside of it, too.

Lesson: The Empire Strikes Back is not a survival documentary.

You don’t have to be a rocket surgeon to know a defective airlock seal is bad: I know Dr. Mann (Matt Damon) is real squirrelly after being launched through a wormhole toward an uncertain fate and then landing on an unlivable planet that would be his grave before endangering the future of all mankind by sending a fake “mission accomplished” signal in the slim hope of not dying alone — but he’s still a scientist and an astronaut, for fuck’s sake. While Mann is an asshole and a murderer, it’s tough to believe he’s so far gone. When he pilots a shuttle to the mothership in orbit and tries to dock with it, so he can essentially steal it and maroon the other astronauts, he doesn’t get a solid seal with the airlock. He knows this. The ship tells him this multiple times. Matthew McConaughey and Anne Hathaway tell him this over the radio. But Mann just keeps jabbering away, manually overrides it, and blows himself to pieces, along with half the ship. He did not “science the shit out of it.”

It doesn’t matter if you can kill a bear with a spear if you can’t find south: I absolutely love this movie, even though it’s not a super accurate depiction of survival or bear behavior. Two city guys stranded in the Alaskan wilderness have to fight nature, a pissed-off grizzly, and their terrible navigation skills. They keep talking about how they just have to head south, and they make a rudimentary compass but still end up walking in a circle. But what I never understood was: Why didn’t they just follow the river? The characters are alternately near and in the river, but they sure aren’t following it. They don’t think about building a raft, either. Instead, they take one really bad azimuth with a sewing needle on a leaf. After killing the bear, they seem to navigate with no problem and end up at a hunting cabin downstream, ON THE SAME RIVER.

Lesson: Whatever kind of matches Alec Baldwin has that somehow stay dry in his coat after he swims out of a plane that crashed in a lake — get those matches.

It was an evil plan, and then it got worse: This movie’s tone is kind of weird, but I was with it until about its final quarter, when I got an answer to a question I’d been asking since the four Vietnam vets first plunged into the jungle to find a crate of gold they’d buried during the war. The journey these men undertake is perilous and would be physically difficult for young, in-shape men, let alone average guys pushing 70. I immediately wondered, “Even if they find the gold, how are they going to get it out of the jungle? Do they have a buddy with a helicopter?” The plan was to simply put it in their packs and hump it out. A typical gold bar weighs about 24 pounds (though these look to be quite a bit smaller). That adds up to a lot of pack weight real quick. And there’s a whole crate of them. Maybe this movie isn’t supposed to be entirely literal, and it does get kind of esoteric and ethereal at times, but come on, man. When you aren’t planning out the plot any better than the writers of Numb did, you’ve got problems.

Lesson: Once more, for the cheap seats: Gold. Is. Heavy.

Read Next: 10 of the Best River Misadventure Movies Ever Made