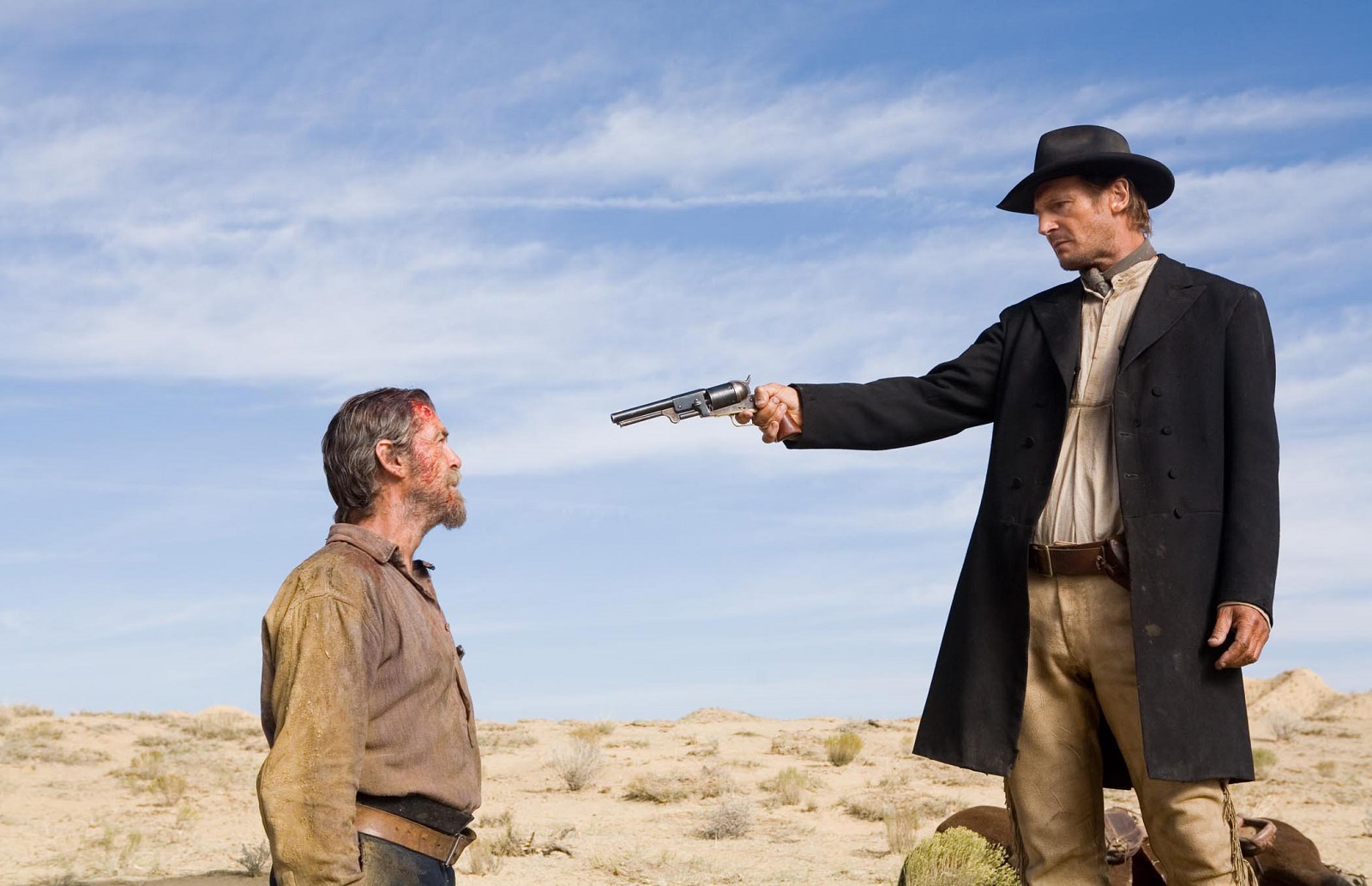 There are a whole lot of movies that fit in the broad genre known as Westerns, and they’ve been around since the dawn of the motion picture industry itself. There have been great Westerns, horrible ones, and a lot that fall somewhere in between. So, it’s really easy for a great sleeper to slip by even ardent fans every so often, especially low-budget gems that did not see much or any time in theaters. These are seven of the most underrated Westerns I’ve come across. They all have a unique aspect, or something that makes them really fun, if not great cinema.

Gene Hackman in a Western is a great thing, and this unconventional story about a grueling, big money, 700-mile horse race held in 1906 is something refreshingly different from the typical dueling gunslingers, bounty hunters, and lawmen in a small town. Made by Richard Brooks during a decade when the genre was kind of dead, Bite exists in a sort of limbo between two generations of Westerns, creating a tone that I can only describe as charming.

Hackman plays a Spanish-American War veteran and offers up an intense and powerful performance in a movie that tackles topics not usually addressed in the genre, like animal cruelty, prejudice, sexism, and unhealthy obsessions with winning at all costs. Plus, it has some pretty cool stunt-riding scenes and a supporting cast filled with solid character actors of the day. It’s a Western that feels and looks like an older movie, but with more modern themes and characters.

Best Moment:
When Hackman kicks a dude’s ass during a brawl, leans down to him on the ground, and says, “Hurts, don’t it?”

This often-overlooked classic is a staple of 1960s Westerns made by the other hugely successful Italian spaghetti Western director named Sergio: Sergio Corbucci. Silence inspired the snowy setting of Quentin Tarantino’s Hateful Eight and takes place during the Great Blizzard of 1899, a pretty wild winter weather event that affected the entire country, especially states east of the Rockies.

This violent Western has an atypical protagonist named Silence, hence the title, who has been mute since his parents were killed in front of him. He now carries a Mauser C96 pistol on his quiet quest for vengeance. The story is a pretty run-of-the-mill revenge fodder, but it has a whole lot of style and sometimes that makes all the difference. Plus, a Mauser Broomhandle instead of a typical Colt SAA? I’m there. Silence carries his pistol in the M96’s original wooden buttstock holster attached to his belt and is still able to quick-draw it, which is wildly impressive and verging on impossible. On top of that, wild man Klaus Kinski plays the villain.

Best Moment:
The ending. You probably haven’t seen this one, and I’m not ruining it for you if you get the chance to, but trust me, it’s cool as hell.

On the spectrum of Westerns, this is definitely less Lonesome Dove and more Tombstone, in that it’s an action movie with a lot of violence at regular intervals with many familiar beats. However, the violence is fun and bombastic, and there’s even a cool twist that you absolutely will not expect.

This is a great-looking and fun Western that you can just enjoy and not take too seriously. Also, you get a gander at Liam Neeson testing the action-movie waters just before his career got a second wind with Taken, and James Bond as a cowboy. What’s not to love?

Best Moment:
You know that part in The Revenant when DiCaprio crawls into the body cavity of a horse? Brosnan did that in this movie first, and in my opinion, did it way better. And bloodier.

The original 1950s black-and-white adaptation of this Elmore Leonard pulp Western classic is an okay movie, but the remake is simply better. We can meet in the parking lot after, or whatever, if you have strong feelings about that statement.

Christian Bale and Russell Crowe were both at their peak when they made this one, and the budget was solid but not so big that the movie was ruined with a bunch of CG horses or other such ridiculousness. And there’s just something so cool about Crowe’s Ben Wade. He’s a super fatalistic guy who thinks the world is shit and that most everyone, including himself, is ultimately doomed and deserves what they get. Yet, he goes about his villainy with a twinkle in his eye, and often a smile on his face.

He puts a fork through a man’s throat while he sleeps, just for getting on his nerves, and then cheerfully sings the tune the dead man had been fond of taunting him with; he kills his own men more than once; he gut-shoots a man and leaves him to die. Yet, somehow, Wade is still likable and even sympathetic. Another marvel is that there’s still room in this movie for Bale’s Dan Evans to have some real depth, making this film a lot more than a mere Western road-trip story with a big shootout at the end, though it is that as well. Also, Charlie Prince (Foster) makes for a fantastic, coldblooded bad guy, who you also kinda like in a weird way. I like his twin Schofield revolvers, anyway.

Best Moment:
When Wade finally has his “Hand of God” revolver returned to him and tests out the validity of the curse it carries.

I love this movie. It’s a little oddly paced and the crescendos don’t come where you would expect them to, but to me, that makes it more interesting. The exact nature of the friendship between Everett and Virgil isn’t readily apparent, and their separate and collective pasts are mysterious. When it starts, you think Appaloosa is going to be a quick, punchy story about a couple of professional gunmen swaggering into town and putting things right. Then the movie morphs into a tale about aging killers who start to realize there might be a little bit more to life.

In one scene, antagonist Randall Bragg (Irons) is literally called out and has to draw down against Everett (Mortensen) in the street — a beaten-to-death trope to be sure. However, if this kind of showdown ever actually happened in the Old West, this is how it would have gone down. Overall, the violence in this movie is fast, messy, and without typical Hollywood bluster, other than a little indulgence in the power of Everett’s huge double-barrel 8-gauge shotgun. There’s an unceremonious reality to this movie that makes it absolutely worth a patient viewing.

Best Moment:
Virgil Cole: “You pull on me, either one of you, I’ll kill you both.”
Asshole Cowboy #1: “Bullshit.”
Two asshole cowboys pull on Virgil Cole. Virgil Cole proceeds to kill both of them, while Everett blows the third guy across the room with both barrels from his 8-gauge. No flash, just cool and fast.

Can Westerns really work as a horror movie? Yes, yes they can. Bone Tomahawk doesn’t simply overlay a familiar horror trope on a Western setting, like “the sheriff must defend his town from a werewolf.” If anything, this is like a Western meets a primitive The Hills Have Eyes.

Kurt Russell plays Sheriff Hunt, the overseer of a little shit-splat town inhabited by fairly poor but content people from a variety of backgrounds. One night, a drifter shows up and gets rowdy in the town watering hole before Hunt puts a bullet in his leg to settle him down. The sheriff then summons the town nurse, Samantha (Lili Simmons), to tend to his wound in the town jail. At dawn, the townsfolk make a terrible discovery. Interlopers abducted Samantha, the drifter, and a deputy during the night while also killing a stable hand on their way out of town.

Samantha’s husband, Arthur (Wilson), insists on joining a small posse Hunt gathers to go look for the missing townsfolk, despite the fact he’s hobbling around with a broken leg in a splint. The cannibalistic horrors they find in the hills are bloodier and more terrifying than anything they could have imagined. The horror is somewhat balanced by a pitch-perfect performance from Fox as the blowhard gunslinger, Brooder, and the always excellent and hilarious Jenkins has some truly great lines as Deputy Chicory. Give this one a try, but know up front that it’s definitely a bloody, gory-ass horror movie from the halfway mark onward.

This movie grows on you. What initially plays like a simple and well-trod yarn about a big ranch owner beating down a small group of harmless independent ranchers until they can’t take it anymore turns out to be an emotionally complex story told through the craggy faces of Costner and Duvall — faces that look so very at home beneath the brim of a hat. There’s a lot of understated heart and sadness in this one, and one helluva great shootout.

I love a movie where you get bits and pieces of characters’ pasts with just enough explanation to understand them. It allows the audience to feel like the fake people who populate the story have real history, and that gives them gravity. Flashbacks don’t accomplish this as well as a great story told by a great actor. Think about it: Would you rather have a flashback to the story of the USS Indianapolis in Jaws or Quint’s legendary monologue? Costner’s understated portrayal of a man full of bright, simmering rage just trying to stay under the whole world’s radar is particularly stellar.

Best Moment:
The “You the one who killed our friend?” line from Costner and the following cold-as-ice head shot is pure magic.