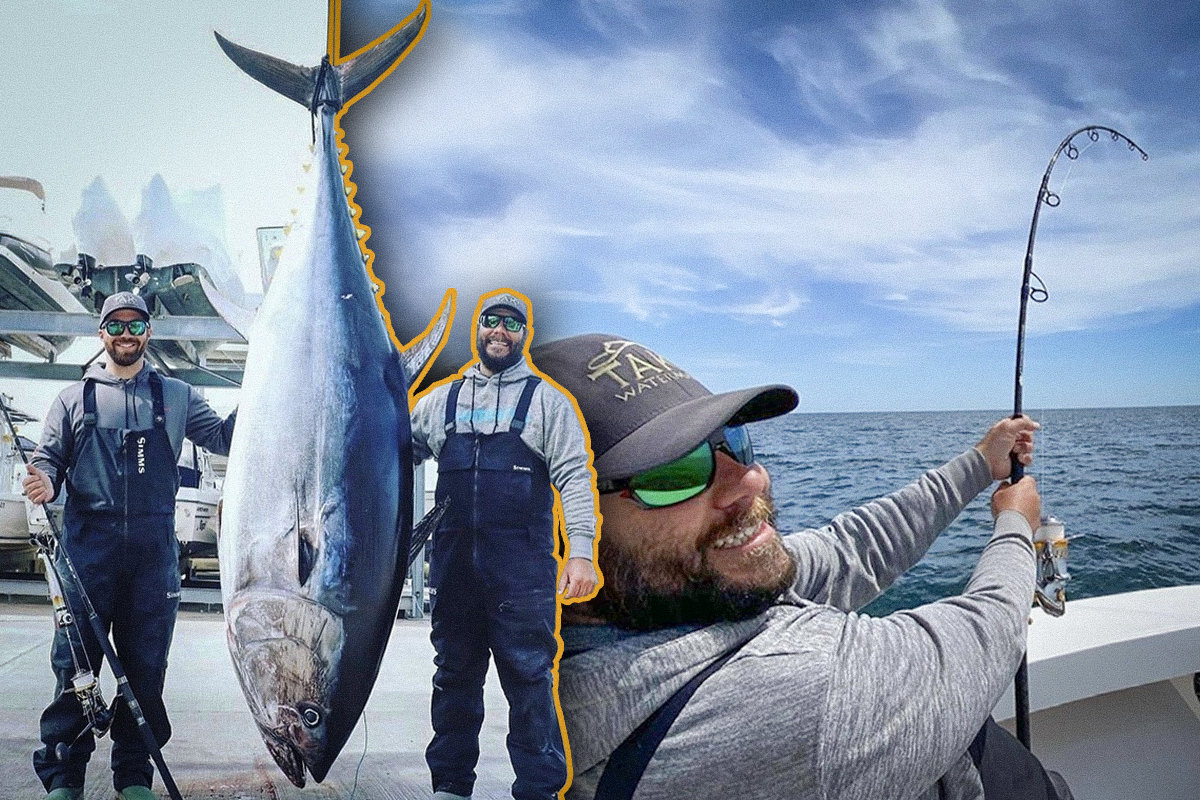 It’s been a big month for bluefin tuna off the coast of New Jersey. Internal Fixation Sportfishing boated a 99-inch giant on May 3 after a five-and-a-half-hour fight. Not to be outdone, Capts. Gerard Faccone and Robbie Radlof stuck a 104-inch torpedo on an Amegari Dzanga popper just eight days later, landing it in four hours.

The day was still sinking in for Radlof.

“I’m still speechless, humbled, and sore as hell!” he said. “The photographs may be worth a thousand words, but they will never show the sheer strength, power, and beauty that these giants possess.”

NOAA Fisheries announced that the quota for trophy bluefin tuna, meaning any fish longer than 73 inches, had been reached as of May 11 and closed the trophy fishery. Faccone and Radlof’s bluefin was one of the last to come in under the quota.

The world-record bluefin, caught off Port Hood, Nova Scotia, by Ken Fraser in 1949, weighed in at 1,496 pounds, even after dehydrating on the boat for 10 hours.

While there are many captains and crew who grind day after day and season after season in search of the bluefin that will unseat Fraser’s leviathan, it’s hard not to wonder if that will ever happen.

Make no mistake, though, catching a bluefin that comes in at more than 100 inches is an extraordinary achievement by any measure.