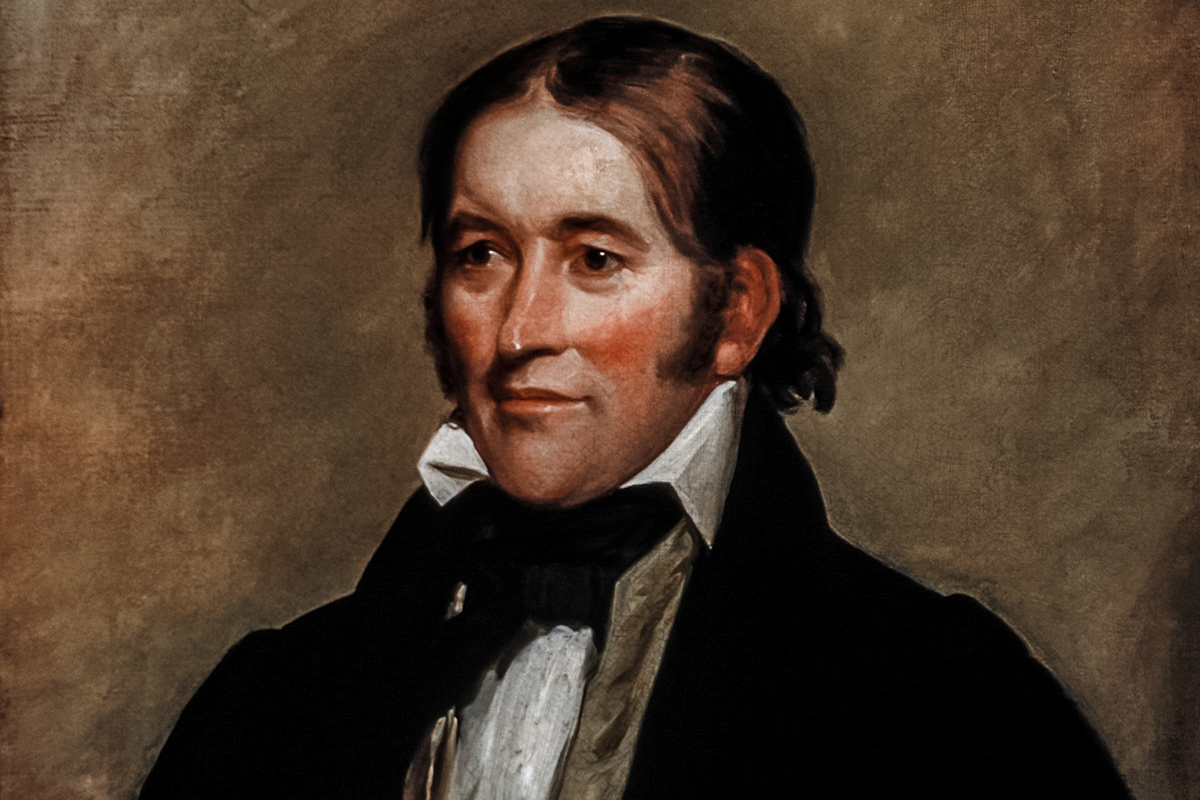 I think almost every kid on the planet had a coonskin cap growing up. It may have been for a Halloween costume, a brief phase or, at least for me, a precursor to a life as an outdoorsman. The coonskin cap has become an iconic symbol of the frontier. A time when men and women with adventurous spirits relied upon their own grit and their skills as hunters in order to survive.

The coonskin cap was worn and made iconic by several different frontiersmen, but one stands out – a man whose real life was so adventurous, so grand, so fantastic that he has become almost mythic. That man was Davy Crockett, King of the Wild Frontier.

There are a lot of things about Crockett that made him great. He was a scout for the Tennessee Militia during the War of 1812. He was elected to Congress and served as a member of the 1827-1829 House of Representatives. He fought in the Texas Revolution and finally died at The Alamo, perhaps the most famous military battle in American History. Yet before all that, Crockett was something else.

Davy Crockett was perhaps the greatest big-game hunter of his generation, and it was from his hunting skills and the reputation he built from using them that everything else came to pass.

How Davy Crockett Learned to Hunt

He was born in his family’s cabin in Greene County, Tennessee, on Aug. 17, 1786. His parents, John and Rebecca, were struggling farmers trying to make a living on a small tract of land near Lick Creek, Tennessee. They worked hard every day but just couldn’t get the place to work and so sold the land and moved North, where John built a gristmill.

Unfortunately, a flood soon destroyed the mill and the land that it was built on, forcing the Crockett family to declare bankruptcy and move once again, eventually settling in Morristown, Tennessee, where John built a tavern on a stagecoach route and finally began to make a meager living for his family. However, the family’s debt was great, so John was forced to indenture his 12-year-old son Davy to work, telling his son that he had to do his part to help his family get out of debt.

The young Davy Crockett became a cowboy for a local cattle merchant and spent his boyhood on the trail, driving cattle to market from Tennessee over 400 miles to the markets in Natural Bridge, Virginia. It was on these trips that Crockett was taught to hunt and shoot by other trailhands, and it was soon discovered that the boy had a great talent for hunting and shooting, especially at long range.

Crockett developed his hunting skills as he shot deer and elk to feed himself and his shooting prowess to defend the cattle from wolves, mountain lions, and bears. Soon enough, Davy began to develop a reputation as a hunter and a crack shot. Eventually, after being pushed by his fellow cattleman, Crockett began to enter and win shooting matches against grown men, winning enough cash prizes to get his family out of debt. Once free of debt, Crockett left his Tennessee home and went off to make his own way in the world.

Crockett began working as a hunter and trapper in Northern Tennessee, selling pelts and bear oil from the back of a wagon and building for himself a modest living and a big reputation. In 1805 when Crockett was 19, he met Polly Finley at a harvest festival in Franklin County, Tennessee. He took to the girl, and in 1806, the two were married, settling in a cabin in Franklin and welcoming their first child, John Wesley Crockett (who later became a United States Congressman) in 1807.

The Tennessee Militia and Killing Bears With Tomahawks

By 1812, Crockett had developed such a massive reputation as a hunter and frontiersman that his name was already legend, so it came as no surprise that when The War of 1812 broke out, Crockett was quickly sought out and recruited into the Tennessee militia, which was headed by Col. Andrew Jackson.

During his time with the regiment, Crockett was more valued for his skills as a hunter than as a soldier. As the army marched south, Davy was sent far afield every day to hunt everything from deer and bear to birds and squirrels, providing meat for the constantly moving regiment.

After the war, Crockett returned to Tennessee and began a nomadic lifestyle, moving his family from one part of Tennessee to another in search of new, untouched territory. It was during this time that Polly died during childbirth, leaving Davy a widower in charge of three young children. He remarried a woman named Elizabeth Patton, a widow from the war who had her own two children. She and her children joined Crockett on his quest to find new and wild land.

By this time, Davy Crockett had built up quite a bit of land debt, so with all his money going to repay said debts, he became entirely reliant on hunting wild game to feed his ever-growing family. He hunted deer, turkey, wild hogs, and especially bear, which he had a particular passion for pursuing. He is recorded as killing over 105 bears in one year, and legend has it that at one point, out of ammunition and desperate to save his hunting dogs, Crockett killed a 600-pound bear with a tomahawk and Bowie knife!

It was during this time that Crockett, unsatisfied with a Government that would allow such debt to be built by one family, decided to run for Congress, eventually winning a seat on the Tennessee Legislature and making enough money to completely absolve his debt. He moved his family to Washington D.C and, wearing his now infamous coonskin cap, would sit among his contemporaries and regale his fellow politicians with tales of his hunting adventures which would eventually make him famous throughout the entire country.

In 1834, two years before his death at The Alamo, Crockett published his own autobiography, “A Narrative Of The Life Of Davy Crockett,” which was so popular it eventually became its own traveling stage show, thus taking Crockett from a simple famous politician to a living legend. By the time he enlisted in Sam Houston’s army, the name Davy Crockett was on everyone’s lips, and wearing a coonskin cap became a status symbol, one that reflected your support for Crockett and his political agenda, which included the abolishment of the Indian Removal Act and fair deals for land titles.

When he died at The Alamo, the tragedy became a rallying cry behind which Texas won its freedom and afterward, Crockett’s name became synonymous with heroism. He will forever remain an American hero and a man to inspire future generations to take to the fields and forests of this great country and test themselves as hunters.

This content was originally posted by The Ultimate Predator in November 2021.

READ NEXT – Davy Crockett: The Silver-Screen History of a Frontier Legend