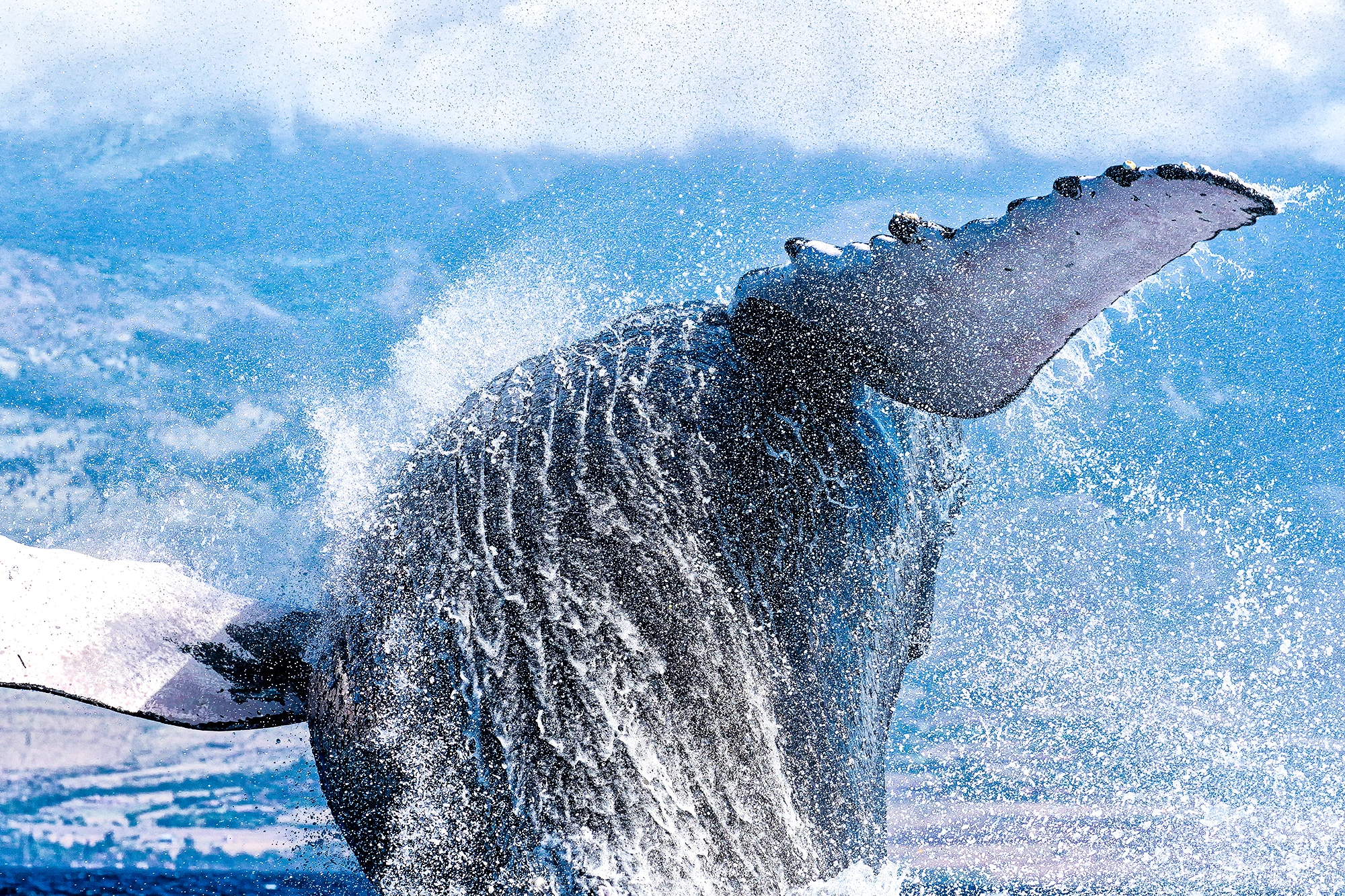 A father and son were enjoying a successful day fishing for stripers off the Jersey Shore on Oct. 12 when they captured video of a serious lunker that almost took them under. Doug and Zach Piller of Bensalem, Pennsylvania, were fishing near Belmar, New Jersey, when a monstrous breaching whale emerged from the water just inches from their boat.

Zach Piller, 23, had pulled out his phone to record his dad reeling in a fish when he was lucky enough to catch breathtaking up-close footage as a massive humpback whale breached right next to their vessel. Not only that, but he kept the whale mostly in frame the whole time.

“Uh-oh,” Zach muttered in the video as the surface of the water shuddered and bait fish skittered frantically out of the water toward the vessel as the breaching whale broke the surface. His muttering turned to passionate expletives as a colossal head erupted from the deep right off the port side of their 18-foot Starcraft. The animal’s monstrous nose bumped the side of the boat on its way back under, rocking it from side to side. It was enough to give someone with megalophobia a panic attack.

“Oh, shit! Got that on video! Holy fuck!” Zach shouted.

Neither angler was injured in the encounter.

A full-grown humpback whale outsizes the average school bus and tips the scales at a whopping 40 tons.

An encounter so close to such a massive animal would be enough for most people to need clean underpants, but Doug remained cool as a cucumber through the event; he focused on the fish he was fighting instead of the school-bus-size mammal that almost landed on top of his fishing boat.

After the whale disappeared back into the water, he continued to calmly fight the fish. As Instagram user judemaster2000 wrote, “Yo pops acted like he sees that happen every other day.”

Zach later posted the epic video to his Instagram account, and the jaw-dropping footage has since gone viral.

Humpback whales are regularly spotted along the coast of New Jersey during the summer and fall when small schooling fish like herring and menhaden are an abundant food source. However, a whale surfacing that close to a fishing boat is pretty freakin’ rare.

“This whale just happened to chase bait fish right next to a boat,” Eric Otjen, vice president of zoological operations at SeaWorld San Diego, told NBC News. “The feeding part is common. Being that close to the boat is not. You probably have a better chance of winning the lottery.”

“The guys on the boat had an experience of a lifetime,” Otjen said. “A lot of people would pay a lot of money to see what they saw.”

READ NEXT – Alleged Walleye Tourney Cheaters Charged With 3 Felonies Each