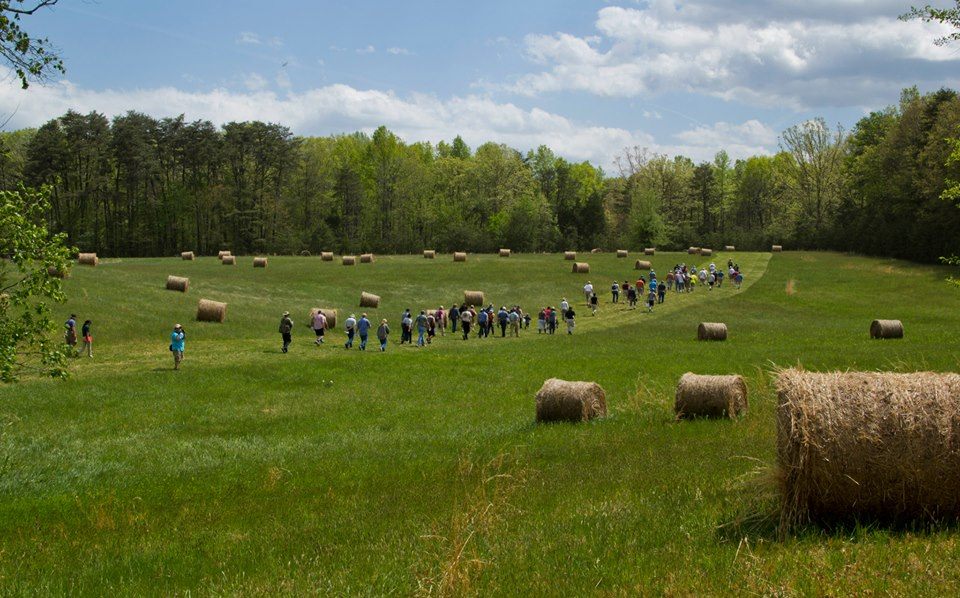 To hike on a battlefield is to hike through history. The artillery pieces used for bombardments are silent now, either used as decoration or removed entirely. In many places, in fact, the signs of the bygone conflict are hard to see.

Hiking is a physical activity, but it can also be a relaxing and contemplative walk through beautiful scenery. A battlefield hike is that, too, but it’s also a somber reminder that people died on these fields, in these ditches and trenches.

If you’re looking for a way to experience history that’s a little off the beaten path (no pun intended), here are some of the most scenic battlefield hikes out there.

In July 1863, Union and Confederate armies clashed at the small Pennsylvania town of Gettysburg. Over the course of three days, the Rebels tried to seize command of the high ground just outside of town. Robert E. Lee’s Southern army failed spectacularly and retreated to Virginia.

When you visit Gettysburg today, the hills remain, but instead of lines of infantry and artillery, there is simply a cemetery. The Soldiers’ National Cemetery was dedicated by President Abraham Lincoln in November 1863 — at which time he gave his famous address — to commemorate the battle and honor the dead.

Roads and trails guide visitors around the battlefield from Little Round Top — the site of the 20th Maine’s legendary stand — to the High Water Mark, where fighting climaxed during Pickett’s Charge.

Try to time your visit with some living history reenactments for maximum effect — it’s worth the effort.

Gettysburg National Battlefield is a somber place, especially with the cemetery at center stage. The hiking there is picturesque and calm in the quiet Pennsylvania countryside, a sharp contrast to those three brutal days in 1863.

Tucked away in the Dragoon Mountains of Arizona, the Cochise Stronghold is a foreboding outcrop once manned by Chiricahua Apache fighters in their long struggle against the United States.

Throughout the 1860s and into the 1870s, the Chiricahua Chief Cochise and his band of approximately 1,000 lived in these high redoubts, well out of reach of the U.S. Cavalry. Cochise was never defeated, though he was captured and escaped multiple times. He died of natural causes in 1874.

For modern hikers or horseback riders, the terrain here is as rough and forbidding as it was to the U.S. Cavalrymen who tried to pursue the Chiricahua Apache into the mountains. Thin trails offer routes up into the stronghold itself, where a visitor can gain an understanding of just how the Apache hid and survived

The main “Cochise Indian Trail” is a difficult 5-mile loop, but there are easier hiking trails as well. Just make sure to pack plenty of water and keep your eyes open for snakes. For rock climbers, the Cochise area is actually an impressive and challenging climbing destination, too.

In late winter of 1916, Imperial German forces tried to seize the strategic French city of Verdun. Only four days into the massive assault, the Germans took Fort Douaumont, an obsolete but still important fort in the defense of the city.

For the next eight months, fighting raged in the vicinity of this fort. French forces finally recaptured Douaumont in October 1916. Modern visitors can tour what’s left of the fort. Heavy artillery pounded the place into oblivion, and now concrete bastions lie torn apart, as if smashed by angry giants.

Visit antique gun turrets meant for tremendous 155mm howitzers to lighter 75mm guns. Feel the claustrophobia of the soldiers who fought and died in the tight tunnels. Imagine the deafening roar of small arms and artillery when fired in such close quarters.

There are also places to pay your respects to the memorials of the dead, including the German Necropolis, or City of the Dead, where around 600 men lie interred.

Modern Americans often make unfair jokes about French military prowess, but at Verdun and Douaumont, French soldiers died in swathes to repel a major German offensive — and the French won. So if you’re in Alsace, visit Fort Douaumont and maybe even the less successful Maginot Line as well.

Tucked away in upstate New York, Fort Ticonderoga sits amidst some of the best scenery in the American East. Seized in a surprise attack by Ethan Allen’s Green Mountain Boys in 1775, the artillery taken from Ticonderoga served a pivotal role in George Washington’s 1776 Siege of Boston.

The well-preserved fort offers excellent views of Lake Champlain, and a trail network spans the area. There’s also plenty of living history if reenacting is your cup of tea. Fort Ticonderoga is even available for wedding receptions!

The scenery of Upstate New York is some of the most beautiful in the country, and hikers can enjoy everything from Colonial-style gardens to the rugged Adirondack Mountains.

In June 1942, Japanese forces struck north at Alaska. Specifically, the Japanese tried to neutralize the Aleutian Islands, and to do so, they seized the westernmost island, Attu. The Second World War raged from Egyptian deserts to Soviet steppes, from the skies over Britain to the jungles of Papua New Guinea, but on Attu, the war reached a new extreme.

Today, Attu is still a remote island, and unexploded ordnance remains a threat. Such are the scars of war. There are no trees on the island, so expect desolate, windblown tundra. The Native Alaskan village of Attu was never resettled after the war, and the island today is part of the Alaska Maritime National Wildlife Refuge.

If you think mere access to this area is difficult, try the hiking. There are no trails on the island, and there has been no permanent population since the Japanese deported them and the U.S. refused to bring the natives back. Hikers can travel wherever they please, though checking with the U.S. Coast Guard first about exactly where those unexploded shells are can literally save your limbs — or your life.

The story of Attu is a tragedy, both for the natives who were stripped of their homes and for the soldiers who fought and died for distant empires on a small island in the Bering Sea. When taken in proportion with the number of troops engaged, the 1943 Battle of Attu was the second deadliest of the Pacific War, surpassed only by Iwo Jima.

Hiking a battlefield can bring history from the realm of dusty textbooks to real life. Seeing the location firsthand elevates the reality of an event in a way that pictures cannot.

From rural France to remote areas of Alaska, war has ravaged almost every corner of our world. Few people or nations have been spared. We preserve and visit old battlefields so that we remember why those people fought, and how we can try to avoid those fights in the future.

The combination of a beautiful backdrop and a brutal past only reinforces the horror of battle — and the historical memory that goes along with it.

This article was originally published May 18, 2019, on Coffee or Die.