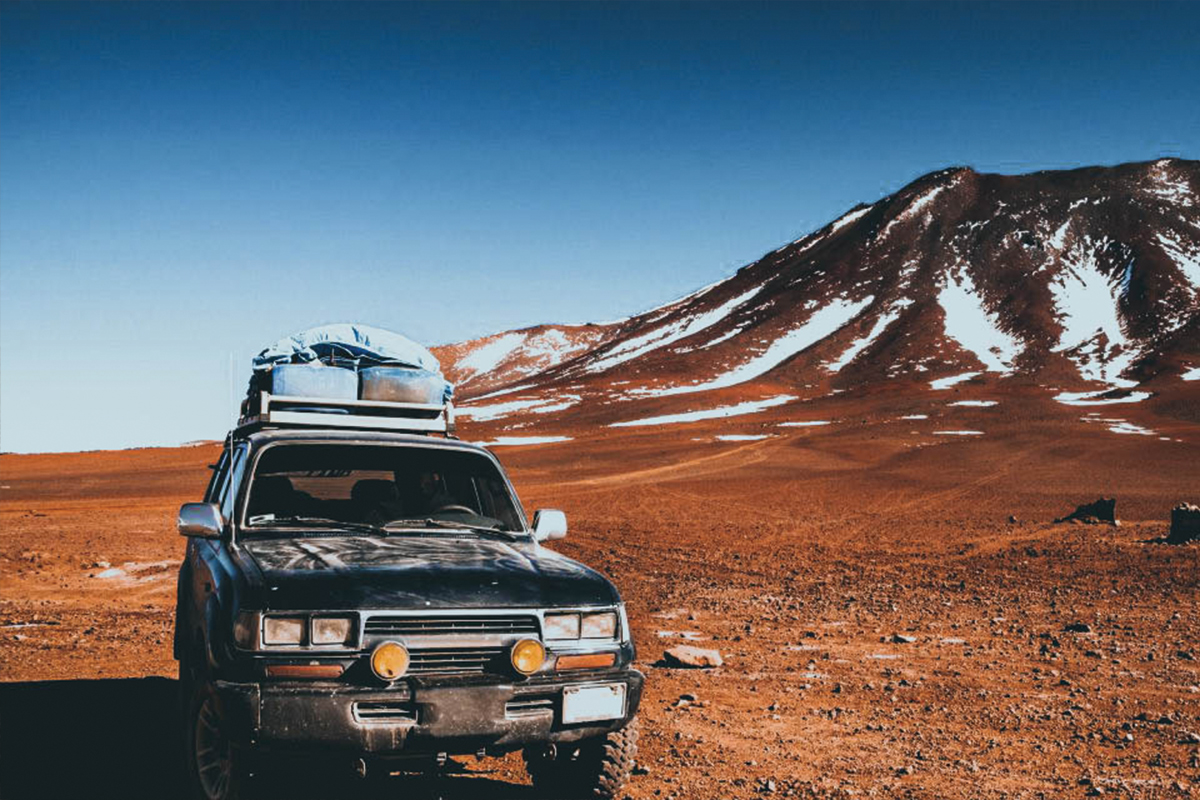 I spent most of my years in the military operating in the Recon genre of Special Operations — a job that had me go-ready, living out of a rucksack for days, if not weeks, at a time. I learned very quickly in combat what optimization and efficiency meant, how important considering every ounce was, and how that truly equaled readiness on the battlefield. One example is water and how we packed it out.

On long-range movements on operations, we typically would bring 7 quarts of water per day and have a minimum of three days’ worth of water on infiltration. A quart weighs around 2 pounds. Easy math: you’re looking at carrying 40 pounds of water starting off — with all of our recon gear, comms, ammo, and everything else, we were carrying a minimum of about 120 pounds. With various infiltration options, jumping, maritime, long walks — the list goes on — we were damn near combat ineffective from the onset.

As we evolved through the war, we started analyzing terrain and utilizing natural water points for resupply, which cut our weight nearly in half.

On deployments, I began to do more mobility-centric operations because the terrain we were operating in, at over 10,000 feet of elevation, deprived us of oxygen and compromised our physical capabilities.

In Special Operations, we had the luxury of picking and choosing equipment and decided that ATV, side-by-side, and nonstandard vehicles were the best bet. We acquired recoilless rifles, machine guns, ammo cans, and mounts and fixed them to every vehicle we owned. We began living and operating off of our rigs.

One saying I’ll always remember is, “The mobility platform is an extension of your rucksack and should be loaded out accordingly.” I also learned you need to understand all the strengths and weaknesses of your platform prior to the operation.

For example, an ATV is great for narrow paths and quick maneuvers, but obviously offers no protection against gunfire and Improvised Explosive Devices (IEDs) and was limited in payload.

I learned that Land Rovers, although not always the most reliable, were good enough for combat and were like an old stubborn mule in that it would go anywhere in the worst terrain that northern Afghanistan had to offer.

As I translate a lot of the elements of rucks into mobility for our clients at Fieldcraft Survival, all these experiences make me wonder: How viable are the vehicles that we use today, and how capable are they in the worst-case scenario?

Imagine that all the electricity goes out indefinitely. The ATM machines, the gas stations, the convenience and grocery stores, hospitals, cell phone towers, your house — everything is out. You are literally left in the dark. How long would you last?

This question has made me rethink a lot of my own preparation and my own mindset. I mean is it really that far-fetched to imagine the electricity being knocked out by a natural or manmade disaster? Well, let’s play hypotheticals for the sake of discussion.

Most people would probably consolidate the best they can with loved ones. You’ll drive to where your kid goes to school to pick them up, you’ll go to your spouse’s work to find them, given the absence of cell phone communication. If you’re lucky, this all goes smoothly; but then what?

If you haven’t prepared, you more than likely will try to go to the grocery store, and if you’re one of the lucky ones who carry cash, you’ll use the last bit you have to buy as much fresh water and food as possible.

But what do you think everyone else is doing? You guessed it, the same exact thing.

So herein lies the problem, which on a smaller scale is comparable to a lot of the resources being scarfed up due to an impending storm, hurricane, or any large-scale emergency. Even with all the infrastructure intact, the resources allocated by the supply chain of grocery and retail stores will be depleted in days, sometimes hours.

Can you imagine if there were no available resources, zero electricity, and panic ensued? You bet things would get real, really fast.

Depending on the circumstances, you might have to move your family and what you need to survive for at least a few days a considerable distance if the roads are passable. Would your chosen bug-out vehicle be up to that challenge if the lights go out tomorrow?

This content was originally posted by Fieldcraft Survival in May 2020.

READ NEXT – How to Pack for a Big Outdoor Trip: Adventure 101