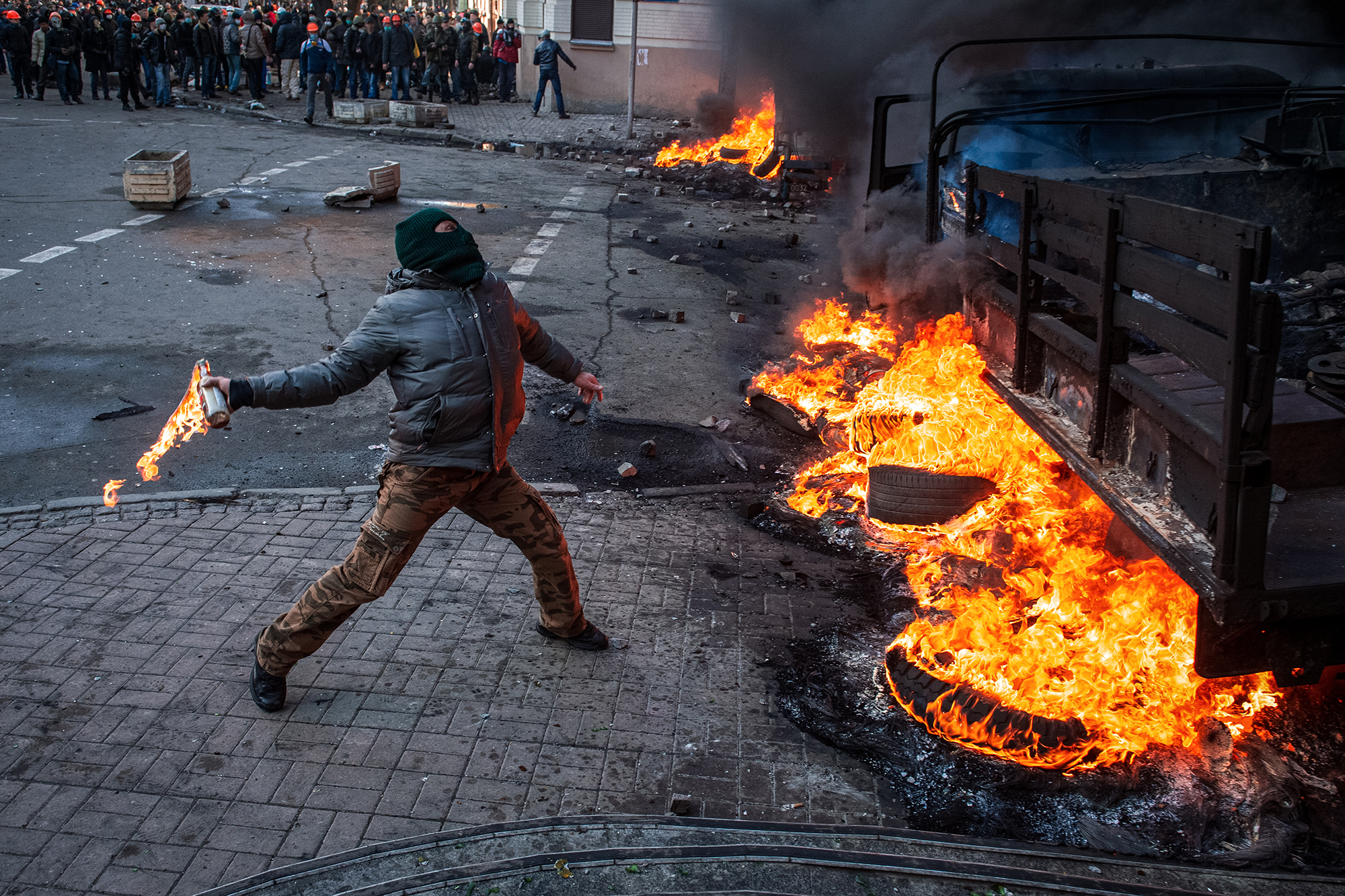 Throwing a Molotov cocktail against a buttoned-up tank means that somebody might eventually repaint the tank. Throwing one against an unarmored civilian vehicle — if you don’t break a window — means the owner is going to be incredibly annoyed and the paint job might not be in such great shape.

Bottom line: Molotovs are lame against anything other than dismounted troops or a structure containing flammable material. But you have to know about them and how to defend against them because everyone from terrorists to modern street anarchists use them. If you find yourself in a riot, which is plausible given today’s landscape, the Molotov is a common tool.

What Is a Molotov Cocktail?

So what, exactly, is a Molotov cocktail? Many seem to think that a Molotov is a glass bottle of gasoline with a flaming rag sticking out the top. In fact, throughout history, far more subtle and complex versions have been used. There are four main components and variables in a Molotov’s construction: fuel, thickening agent, ignition source, and the bottle.

Better Molotovs use thickening agents. Why? Because although a massive fireball looks impressive, it’s actually a waste of the thermal content of the fuel. Heating the air far beyond or around the target accomplishes nothing.

Thickening agents allow the fuel to “stick” to surfaces and burn on them for a far more efficient transfer of heat to the target. Military M2 thickener, Styrofoam, laundry detergent, motor oil, and rubber cement, among others.

The traditional flaming rag out the top has significant drawbacks. First, it takes time to ignite and also requires matches or a lighter. Second, it’s instantly and highly visible, particularly in low light level conditions. Third, the rag poses a burn threat to the attacker. Better molotovs use chemical ignition, of which several types are common. A rag or even paper label impregnated with potassium chlorate and sugar will work, if sulfuric acid is added to the fuel mixture.

All bottles are not the same. Any buzzed teenager who has thrown an empty beer bottle at a parking lot only to see it bounce can tell you that, and some wine bottles are remarkably hard to break. Historically, a well-prepared Molotov cocktail features a bottle already tested to break readily. Further, historically, throwers weaken bottles for this purpose. A diamond scribe or a glass cutter can be used to etch long strakes in the glass, although obviously those fighters had to be very careful about prototyping and testing.

So how do you defend against them? As ever, the best answer is to try avoidance in the first instance. But if that’s not possible, there are options available.

If you’re in a car, try to drive straight at the thrower. Why? Firstly, it will unnerve him. Secondly, the triple-laminate of the windshield won’t shatter the way most safety-glass side windows are designed to. Then after you take the hit, simply keep driving.

If you’re defending a structure and have time to prepare, screw plywood over most of the window, except for a gap to be used as a firing port. Even if the Molotov breaks on the wood (and even if you are in a frame structure), it will most likely char the exterior without actually igniting it. If you don’t have time for plywood, at least try to have a big ABC-class fire extinguisher (preferably several) available. They can douse a gasoline fire. And for rooms that seem the most likely targets of attack, get as much flammable material out as you can, most particularly to include ripping up carpet and padding.

Heaven forbid you ignite, what then? Your immediate action drill is the same one you learned in grade school: Stop, drop and roll. If you have a teammate, they can help by putting a blanket or coat over you, preferably of natural materials such as cotton or wool. Don’t use poly materials like tents or tarps because they readily melt and fuse with skin. Of course, if your teammate has an extinguisher available, great. However, try to maintain the presence of mind to hold your breath.

So if you ever have to face a Molotov cocktail, you now have a framework to know its dangers, know its limitations, and how to defend against them.