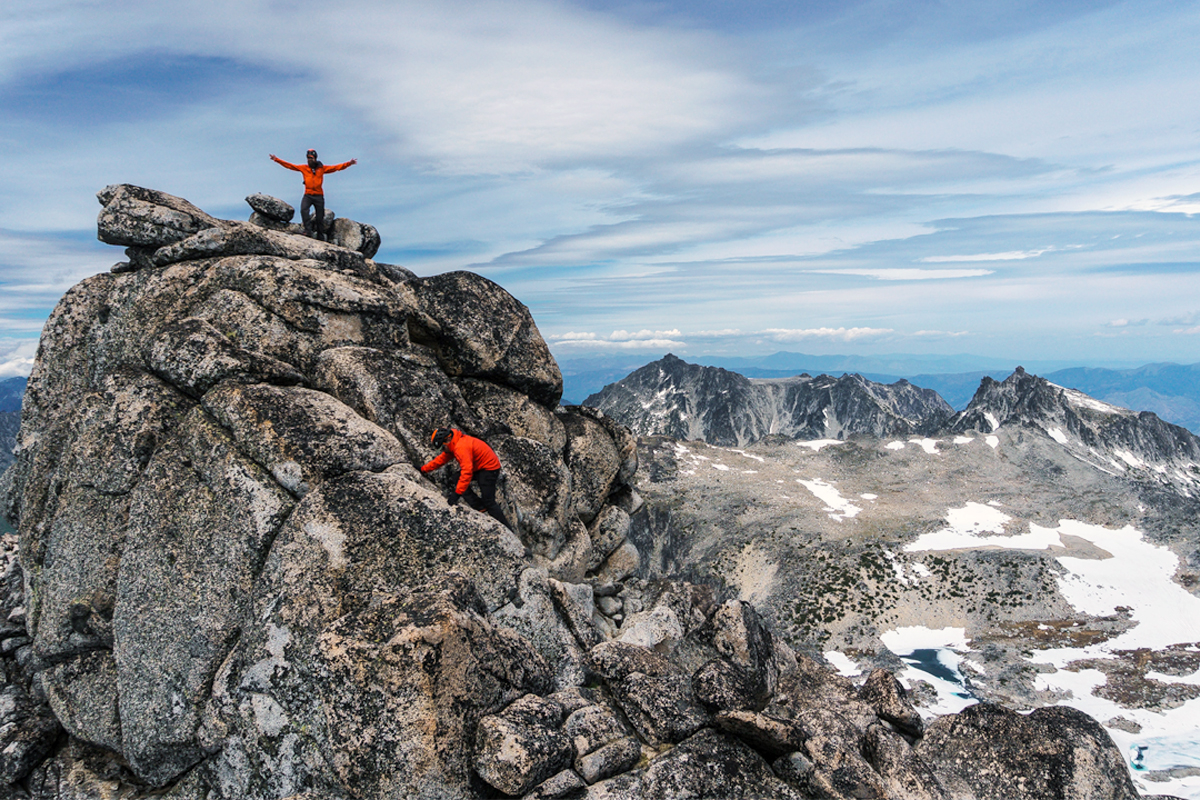 On any given day during the climbing season, in every region home to the towering glacial remains of the past 250 to 700 millennia, the faithful commence with their peak-bagging pilgrimages to the highest points possible.

Guided by a bit of fanaticism and a willingness to dedicate pretty much every weekend and all of their vacation days to cutting another notch on their trekking poles, they have no choice but to answer the siren call of summit challenges. Climbers have chased peak-bagging bucket lists for generations, and they sometimes take a lifetime to complete.

One of the most well-known and highly respected peak-bagging projects in the world is the Seven Summits, which consists of summiting the highest peak on each of the seven continents. Denali (aka Mount McKinley) in Alaska is the North American representative. Only 80 people in human history have climbed all seven.

If you identify as a goal-oriented climber who is always looking for the next high, in a manner of speaking, here’s a list of the most challenging and prestigious summit challenges in the US with summits of at least 4,000 feet that you can add to your personal climbing bucket list.

The ADK 46ers hiking and service club used Russell M. L. Carson’s book, Peaks and People of the Adirondacks, published in 1927, to identify the 46 peaks in New York State’s Adirondack Park that are 4,000 feet or taller. While subsequent geologic surveys have shown that four of the peaks are actually just under 4,000 feet, the list still stands as the sought-after hiking benchmark in the Adirondack Mountains and is one of the country’s oldest mountain clubs dating back to the 1920s.

At 6,288 feet, Mount Washington is the tallest of New Hampshire’s 48 peaks that are 4,000 feet or greater in elevation. The peaks are spread across 10 mountain ranges. The Appalachian Mountain Club, originally founded in 1876, is the keeper of this list of peaks, and it also awards those who successfully reach all 48 summits a coveted NH48 patch. It’s also the oldest club on this list.

Located in four different areas, the rugged mountain wilds of Maine offer 14 peaks that are at least 4,000 feet tall. This challenge is considered a stepping stone to the New England 4,000 challenge, which is essentially the New Hampshire and Vermont peaks combined. The state also contains 281.4 miles of the Appalachian Trail.

Boasting the smallest number of 4,000-foot peaks out of the three New England states, Vermont has only six summits on its list. The Long Trail of Vermont, a 273-mile hiking trail from the Canadian border down to the border of Massachusetts, connects all six, which makes peak-bagging a breeze. It’s actually not unheard of for people to summit all six peaks in one day.

When it comes to peak-bagging, you best not leave out the South. The Southern Appalachian Mountains of Tennessee and North Carolina are home to 40 peaks that are at least 6,000 feet in elevation. The summits are located throughout six different mountain ranges, with Mount Mitchell in the Black Mountains being the tallest at 6,684 feet.

The land of big sky lives up to its name with 27 peaks that reach at least 12,000 feet into the blue. The Absaroka-Beartooth Wilderness and the Beartooth Mountains are home to them all. Four other peaks are higher than 12,000 feet but are not officially scored. The die-hards are gonna climb anyhow because, well, they’re there.

Idaho has over 5,000 peaks to bag across its rugged expanse, but only nine top 12,000 feet. Mount Borah stands the tallest at 12,662 feet. There are currently 238 hearty souls who have summited all nine of the state’s big peaks.

Wyoming’s remote and breathtaking Wind River Range is home to 31 of the 35 peaks that are 13,000 feet or higher. The other four are in the Absaroka and Teton Ranges and the Bighorn Mountains. Gannet Peak is the tallest of the group at 13,804 feet. Supposedly, there are only five people who have checked all 35 off their list.

The Uinta Mountains are the sole location for all 19 of Utah’s highest peaks. This collection of 13,000-footers in the northeast part of the state is a big attraction because of their proximity to each other. Interestingly, only seven of the 19 peaks have names. You might want to bring a GPS locator if you’re climbing a no-namer.

There are 58 peaks in Colorado taller than 14,000 feet, but only 53 of them actually qualify. To make this list, a peak must rise 300 feet above the saddle connecting to the nearest 14,000-foot peak (also known as having 300 feet of prominence). The peaks span 7 different mountain ranges throughout Colorado, with Mount Elbert in the Sawatch Range being the tallest at 14,433 feet.

Mount Whitney, the tallest peak of the California 14,000-footers at 14,505-feet, is also the tallest peak in the lower 48. Twelve peaks located in the Sierra Nevadas, the White Mountain Range, and the Cascades meet the minimum 300-foot prominence requirement, but three more could be included if you’re a true die-hard and not a stickler for that 300-foot rule.

57 Ultra-Prominent Peaks in the Lower 48

The Peak List definition of an ultra-prominent peak is one that stands at least 5,000-feet over the surrounding area. In the Lower 48, there are 57 ultra-prominent peaks. The highest? Mount Rainier in Washington at 13,197 feet of prominence. The lowest of the 57 is Miller Peak in Arizona at 5,006 feet.

Since the National Park Service was formed in 1916, 52.2 million acres of National Park land in 63 national parks in 30 states and two territories have come under their watch. Die-hard peak-baggers with a shit-ton of airline miles, free time, or both can check the tallest summit in each National Park off their list — even the 9-foot nose-bleeder at Biscayne National Park in the Florida Keys.

Read Next: The 5 Most Difficult-Rated Rock Climbs in the US