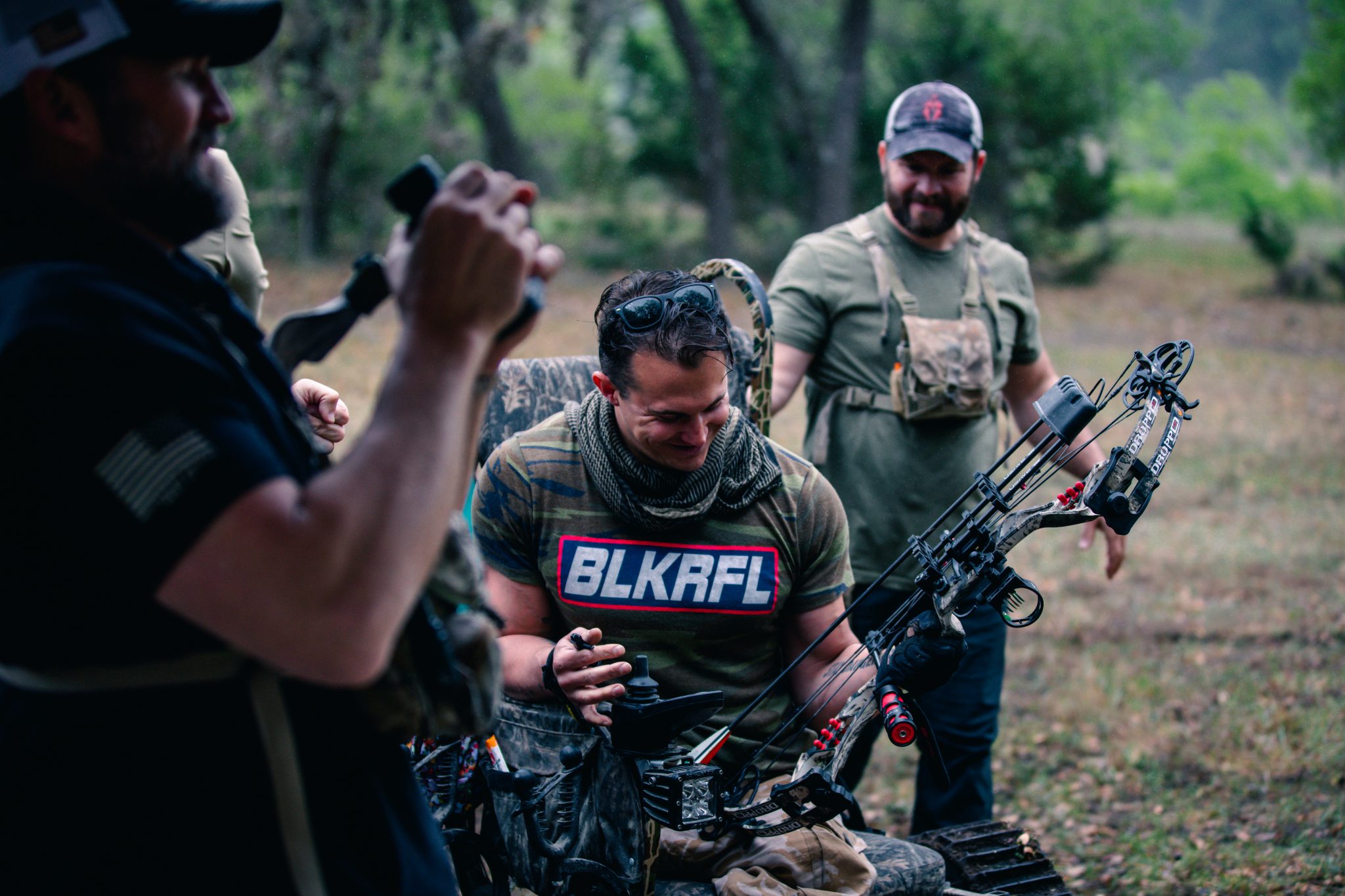 The second annual Veteran Adaptive Athlete Shoot (VAAS) took place at the Black Rifle Ranch in Boerne, Texas, in April. Inspired by the Total Archery Challenge, VAAS is a way for adaptive athletes — particularly wounded veterans — to take on their own demanding archery event.

VAAS is the brainchild of Evan Hafer, CEO of Black Rifle Coffee Company, and an avid bowhunter.

“What I really wanted to do was build a course for guys that have been physically injured, so we could hang out with them and do something fun,” Hafer explained on a recent Free Range American podcast.

“I was like, man, we do not do enough for our buddies that have been fucked up,” Hafer said. “That was the genesis of this. We have to build these courses and have a social event where we can all essentially play golf, because that’s what you’re doing. You’re just walking around together. You’re having fun. You’re making fun of each other. You’re talking shit. And you can do it from one of those four-wheel-drive chairs. You can do it from an ATV. You can do it on your prosthetics. You can do it.”

Hafer went on to clarify why an archery shoot is the perfect way for wounded veterans to bond.

Archery “is not concussive, so it’s not loud. If guys have been blown up, they might not want to have the experience of bangs and pops and whatnot. It’s quiet, it’s an active form of meditation, and we can all do it together,” he said.

Hafer also pointed out how important the VAAS event was this year.

Veterans “deal with a lot of suicide issues, a lot of depression, and a lot of alcoholism. COVID has been very difficult on a lot of vets, especially if they’ve been physically injured. Now they’re alone, they’ve got a physical injury, and they might be self-medicating. I’m trying to pull people out of their houses and provide a social event where they can get together, have fun, and then look forward to every year,” he said.

Jonathan Blank, a former Recon Marine and Scout Sniper who was severely injured by an improvised explosive device while serving in Afghanistan in 2010, participated in both VAAS events.

“If only every week was this badass,” Blank said on the podcast. “I think it’s freaking amazing. Just being here and being with everyone and sharing the love of this sport. Getting to be with other veterans is just such an amazing time. I’m having the time of my life here. I’m so happy.”

Jonathan Lopez, a 1st Infantry Division soldier who lost his arm and his military career to a drunk driver while home from deployment, also returned for this year’s event.

Lopez described how the VAAS event gave him a goal to work toward.

“When archery came into the picture, it was honestly not something I was interested in. I was like, my kids do archery. That’s Boy Scout stuff,” Lopez said.

Though he didn’t take archery seriously at first, Lopez said he isn’t one to back down from a challenge.

“I started shooting and was challenged to participate in this Black Rifle Coffee event. And I never say no.”

Despite the physical differences of the event’s participants, VAAS was filled with the brash attitudes and off-color humor that typically characterize most veteran gatherings.

Heather Lynn, social media influencer and producer for Black Rifle Coffee Company, described how the event was fun and laid-back.

“It’s a good event. We’re just slinging arrows and having fun. There’s no serious heat. No serious competition,” she said, adding, “There was a lot of shit talk.”