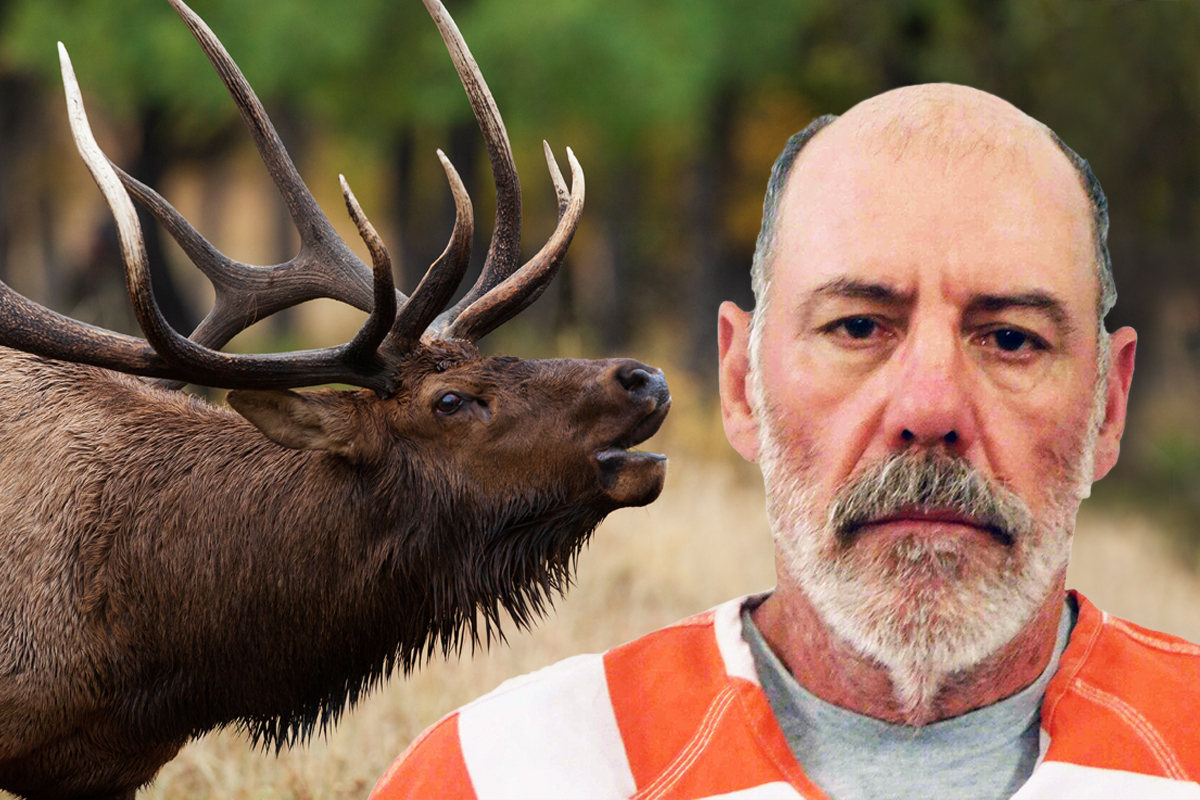 A rifle hunter unintentionally shot and killed a bowhunter chasing elk in Colorado last week. It’s the kind of nightmare scenario hunting safety instructors use to drive home the importance of properly identifying your target.

On Friday, Sept. 17, Ronald J. Morosko (above) of Elizabeth, Pennsylvania, allegedly shot and killed Gregory Gabrisch, 31, of Houston when Morosko and his hunting partner, Slade M. Pepke, were calling for elk in Colorado’s San Juan National Forest just north of Rico. Morosko said he mistook Gabrisch for an elk.

Gabrisch was bowhunting in dark brown camouflage, and Morosko and Pepke, also of Pennsylvania, were hunting with “.50-caliber black powder rifles” and were wearing hunter orange, according to chron.com.

The Durango Herald reports that Gabrisch died in the area of Kilpacker Trail off Forest Road 535 from a single gunshot wound, according to court records and the Dolores County Sheriff’s Office.

Morosko, 67, was arrested on suspicion of criminally negligent homicide, a Class 5 felony, according to the Herald. He was transported to the Montezuma County Detention Center later that day and released the following day after posting $10,000 bail. The charge carries a sentence of up to three years in prison and a potential $100,000 fine.

According to an arrest affidavit for Morosko released Monday by authorities, Morosko and Pepke were hunting at about 8:30 a.m. on Sept. 17. Pepke was using an “elk calling unit” to bring some bulls into range while Morosko was on the rifle.

The Dolores County Sheriff’s Office was contacted to clarify whether or not Pepke was using an electronic game call but deputies declined to comment.

The affidavit says both men were wearing hunter orange, as required by state law for all hunters using firearms.

Pepke told authorities several bulls answered his calls and were making a lot of noise, prompting him to tell Morosko to get set up in a tree and wait for an animal to approach.

Pepke said, “The elk were going crazy,” and that his continued calls were answered by a bull scream and “loud scraping noises” that were all moving toward his hunting partner.

“When [Morosko] saw white in the pines, he took a shot at what he thought was an elk,” the affidavit says.

Authorities say Morosko reloaded, thinking he would soon be approaching a downed elk, but found he had shot and killed Gabrisch, who was bowhunting in camouflage and was likely lured by all the calling commotion. Bowhunters in Colorado and most other states are not required to wear hunter orange during bow season.

The criminally negligent homicide charge stems from Morosko’s failure to identify his target before firing: one of the most basic tenets of hunting and shooting safety.

“Basic hunting knowledge [is] to identify what your target is and beyond before shooting the gun,” stated Dolores County Sheriff Don Wilson in the affidavit. “Ronald Morosko did fall below the standard of care by failing to properly identify his target, resulting in the shooting of a person.”

Several first responder crews deployed to the area to find and recover Gabrisch’s body. For unstated reasons, FOX31 reports it took a search party 10 hours to find his body.

While local emergency crews get a lot of action during hunting season, hunters being killed or injured by other hunters is uncommon, and Colorado muzzleloader seasons and bow seasons have overlapped for many years.

“Injuries and altitude issues are very common, but something like this is not,” said Jenn Vinson of the West Fork Volunteer Fire Department in Dolores County.

According to Colorado Parks and Wildlife, there were only six fatal hunting incidents in the state from 2010 to 2015 and 10 hunting fatalities from 2000 to 2009 for an average of about one fatality per year. Those numbers have dramatically and steadily decreased since the state mandated hunter safety education in the 1970s. There were a staggering 91 fatal hunting incidents in Colorado between 1961 and 1969; between 1970 and 1979, there were 45. After hunter safety courses became a requirement, there were 23 hunting fatalities from 1980-1989, and just 13 the decade after that.

A visitation for Gabrisch will be held Sept. 27 in Houston, followed by a funeral service on Sept. 28.

“He was simply the best. His infectious personality and relentless positivity made anyone that ever crossed his path want to know him forever,” wrote Tyler Finnell on Gabrisch’s obituary page. “He was an insanely talented human. Strangely good at everything he ever picked up. I’ll never forget Greg Gabrisch. I won’t forget the years we were roommates […] and I’ll never forget how much he loved his wife, his family, and his friends. Greg was the best friend I ever had, and I’ll miss him every day for the rest of my life.”

This tragic story is not only a reminder of the importance of basic gun safety and hunter safety but also that every hunter is responsible for every bullet or arrow sent downrange and that they can never be called back.

Read Next: 5 Ways to Avoid a Grizzly Bear Attack and How To Survive One