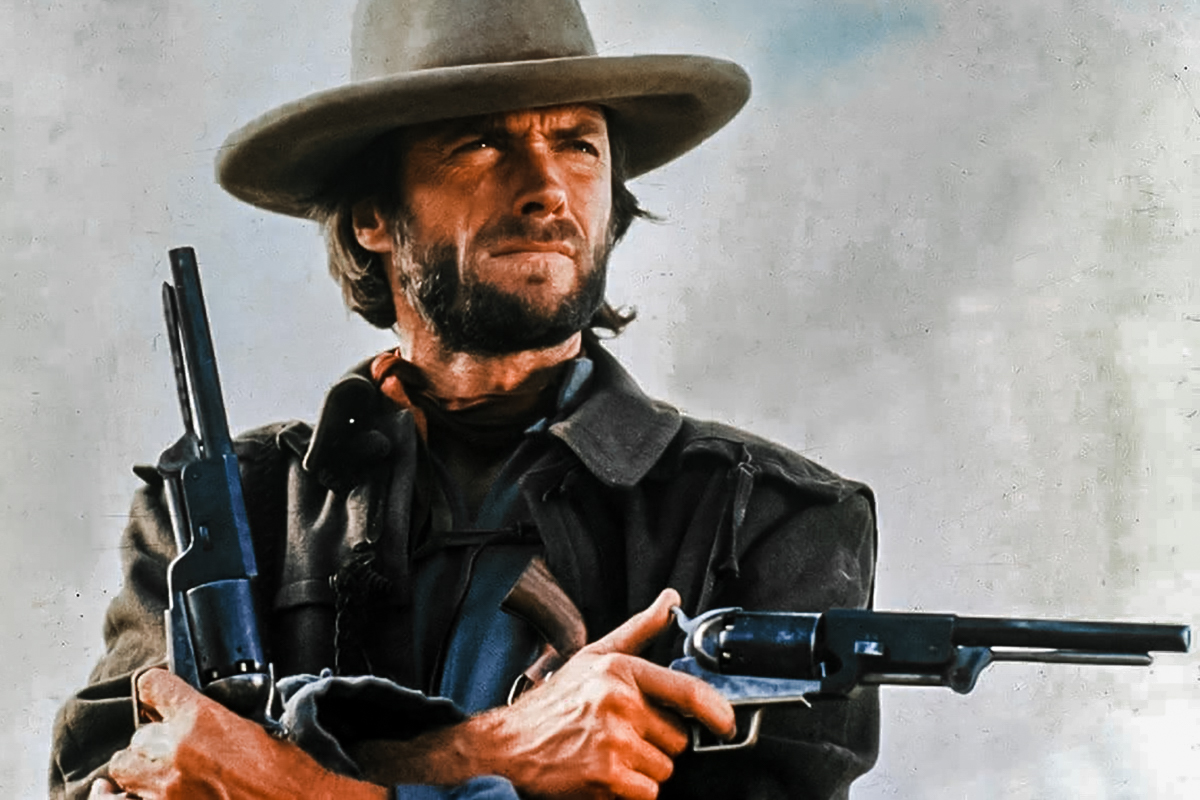 Two of the most iconic words in the world of gun collecting are “Colt Walker.” Only 1,000 of the revolvers were ever made for the US military, and only 100 more were made for civilians. Of those, only about 10% survived. That scarcity has propelled this black powder percussion revolver to legendary status.

Sporting a 9-inch barrel and tipping the scales at 4 pounds, 9 ounces, this .44 caliber wheelgun was huge and designed not to ride in hip holsters but in saddle-mounted holsters and to be used by cavalry troops on horseback. It was the most powerful handgun in the world for an impressive 88 years, from its introduction in 1847 until the .357 Magnum hit the scene in 1935. It also saved Samuel Colt from bankruptcy after his first commercial revolver design tanked.

So what’s the deal with the gun’s name? Who was Walker, and how did he become connected to Sam Colt and this revolver?

Capt. Samuel Hamilton Walker of the Texas Rangers began his military career at 19 with a brief stint with the Washington City Volunteers during the Creek Indian Campaign in 1836 Alabama. He then traveled to Florida as a scout and finally ended up in Texas in 1841.

He was in Galveston in 1842, serving under Capt. Jesse Billingsley fighting for the Republic of Texas against the Mexican army. He was captured by the enemy in December 1842 and marched to Mexico City as a prisoner of war. He escaped his imprisonment and fled to Louisiana before joining the Texas Rangers in 1844 under Capt. John Coffee Hays.

He was promoted to the rank of captain and led a company during the Mexican-American War.

Hays was attempting to raise a new regiment at that time, and Walker mentioned that Colt’s first revolver model (which was also the first successful repeating handgun ever introduced), the Paterson, would be a good fit for the new group. He was one of the very few to use the revolver in combat, and he viewed it favorably.

When Walker sent a letter to the Inspector of Contract Arms, Capt. William Thorton asking how he could go about procuring 1,000 Paterson revolvers. He learned that Colt’s gun company had since gone out of business.

Here’s where Walker and Colt’s paths cross, but not in the way you might expect. Most accounts would have you believe that Walker initially approached Colt to discuss the shortcomings of the Paterson and how it could be improved. This is only partly true.

Walker actually didn’t make the first move; Colt did, and he was hoping Walker could put him in touch with Hays saying in a letter, “If you (Walker) think sufficiently well of my arms to urge the President & Secretary of War to allow your company to be thus armed, you can get them.”

Colt made no mention of the dire condition of his business at the time and was undoubtedly hoping a military contract would save him.

In response to Colt’s letter, Walker mentioned that “with improvements, I think [this gun] can be rendered the most perfect weapon in the world.” This is the first time we see a relationship between Colt and Walker begin to form, and it’s the first mention of changes to the revolver’s design.

This was the start of a long, drawn-out, and complex relationship among Sam Colt, Eli Whitney Jr., Sam Walker, and countless military and government officials that played out over the next few years.

When all the wrangling was through, and everything was in place, Sam Colt received a contract for 1,000 revolvers in the design that would eventually be known as the Colt Walker. Today it’s one of the most legendary, sought-after, and expensive models in the gun collecting world. However, the gun almost never came to be; and by the time all was said and done, Capt. Sam Walker himself probably wished it hadn’t.

The improvements included what we think of as a standard trigger and trigger guard arrangement — the Paterson had a trigger that was housed in the frame and only descended when the hammer was cocked. The single-action revolver was quite powerful (enough to kill a man or a horse with a single shot, as requested) and more robustly built than the Paterson.

Sam Colt was one hell of a marketing genius, which helped keep things going for him in the early years. But most important, and much to the chagrin of anyone doing business with him, he lived a “fake it ’til you make it” lifestyle.

Colt didn’t have the capital to make the 1,000 guns that the government had contracted for. So, he turned to Eli Whitney, Jr. of cotton-gin-inventing fame for help with the financial side of things. He also leaned heavily on Whitney for the actual manufacturing machinery and capabilities since he didn’t have any of those either.

To ease the manufacturing burden, the contract was split into two orders of 500 guns. Once the first order was delivered successfully, the second would be approved.

Almost from the beginning, Colt over-promised and under-delivered. There was always some excuse as to why certain parts weren’t finished and why production was lagging behind. Walker desperately needed the batch of pistols — not only to help save his own reputation but because his regiment was heading back to Mexico imminently, and they needed the revolvers.

Too Few, Too Late

Even as production faltered, Colt was still writing to Walker asking for help to increase the size of the contract. Walker acknowledged that he was doing all he could but that it was very hard to convince the military to increase an order when not a single gun had been completed and passed inspection.

“Try, if possible, to have me one pair complete & I will be more certain to secure the order for a large number,” Walker pleaded.

Colt replied that he was doing his very best, that he had as many as “fifty men engaged to work on them,” and that he was paying “as high as three & four dollars a day” to entice more workers to switch jobs. The actual records tell the truth, and Colt was lying on both counts.

When the guns did come in for military inspection, they were found lacking. The cylinders on some burst under fire and failed proofing; others were missing the screwdrivers and powder flasks that were supposed to come with them. The mechanism that held the loading lever against the barrel was weak. It would sometimes allow the lever to pop loose under recoil, which could block the cylinder from revolving. Some people using these early models tied the lever to the barrel with a piece of rawhide to keep it in place.

All the while, Sam Walker was left trying in vain to get a hold of the guns that would eventually bear his name so that his company of men could be outfitted with these modern firearms. In a letter written to his brother regarding the desire to capture Mexico’s Gen. Antonio López Santa Anna, Walker stated, “If I had my revolving pistols, I should feel strong hopes of capturing him or killing him.”

Alas, Walker had no revolvers save for a single pair that Colt eventually sent directly to him.

On Oct. 9, 1847, Capt. Samuel Walker was killed in action at Huamantla in Mexico, presumably with his Colts by his side.

More than a month later, on Nov. 19, 1st Lt. Thomas Claiborne signed a receipt for the first batch of .44-caliber Colt Walker pistols to be issued to Company C, Walker’s former unit. Adding insult to injury, the shipment contained just 100 of the 500 guns making up the first run. The other 400 had been issued to Hays’ men.

And so, of the 1,000 military Colt Walkers made and the 100 guns produced for the civilian market, Capt. Walker’s personal pistols were the only examples he ever saw before his death.

Soon after, the Walker was replaced by a parade of Colt Dragoon pistol models (Colt Model 1848), which endeavored to fix its predecessor’s shortcomings. The 1,100 Walker Colts that were produced entered the anals of gun history.

In the first half of the 20th century, when gun collecting as a whole was beginning to take shape, Colt Walkers had already established themselves as key pieces to any Western, military, or Colt collection. By the mid-20th century, The Outlaw Josey Wales starring Clint Eastwood helped keep the allure of the gun alive for another half-century. In 2021, Texas Governor Greg Abbott named the Colt Walker to be the official handgun of Texas.

For a time, a near-mint Colt Walker held the distinction of being the most expensive gun ever sold after it was auctioned for $1.8 million in 2018. It has since been eclipsed by another colt, a later Single Action Army model that lawman Pat Garrett reportedly used to kill the notorious outlaw Billy the Kid (William Bonney). That gun sold at auction for an astonishing $6.03 million in 2021.

After 175 years, the legend and the legacy of the Colt Walker revolver is still larger than life — which is altogether fitting for a gun named after a Texas Ranger.

READ NEXT – The Unceremonious Death of Samuel Colt 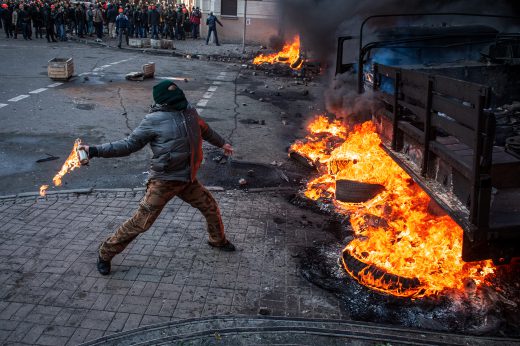 The Molotov Cocktail: How They’re Made and Defending Against Them 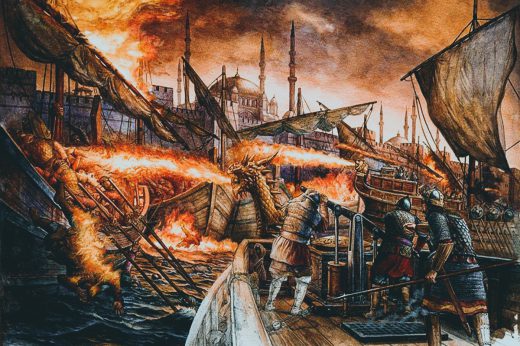 The 5 Most Original and Futuristic Weapons Ever Created for Combat 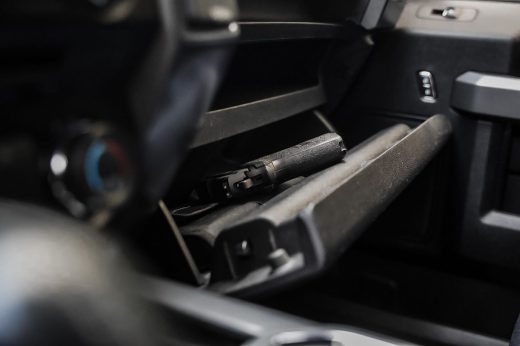 Bring Firearms Inside: Most Stolen Guns Taken From Unattended Vehicles