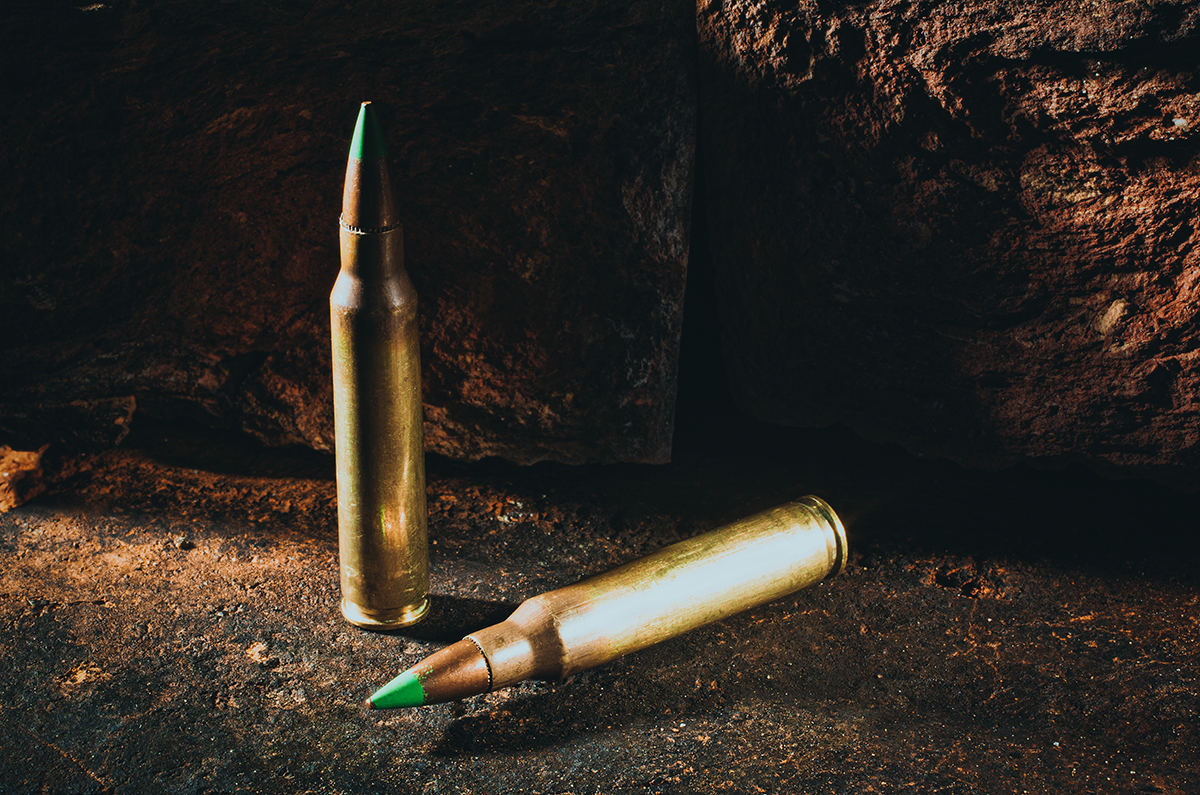 If that were to occur, it would effectively remove 30% of 5.56x45mm and .223 Remington ammunition from the civilian market – the caliber for which the vast majority of AR-platform rifles are chambered. This would be a huge blow to gun owners, as ammunition still remains in short supply and prices continue to climb. Such a move would also jeopardize about 500 jobs at the Lake City plant.

Unfortunately, the tweet provided no further details, appearing to sidestep any discussion of whether the administration truly intends to restrict the AR ammunition supply. That silence is giving many law-abiding gun owners cause for concern.

The alleged communication between the Biden Administration and Winchester coincides with a frenzied and contentious attempt to enhance gun control in the wake of several high-profile shootings in the US. After apparently being disappointed by the legislative gun control framework produced by recent Senate negotiations, some suspect the White House is quietly circumventing Congress to get results it cannot achieve legislatively.

Mark Oliva, the managing director of public affairs for NSSF, the trade organization for the firearms industry, told Free Range American that sources at Olin Corporation, owner of the Winchester brand, did, in fact, speak to people within the government about potentially halting the sale of M855 green tip 5.56 ammunition.

Winchester has the contract to produce this ammo for the military, he said; however, nearly 30% of the 5.56 and .223 ammunition used by civilian recreational shooters comes from surplus from the Lake City facility that is sold on the commercial market.

The Lake City plant is a 3,935-acre government-owned, contractor-operated facility in northeastern Independence, Missouri, established by Remington Arms in 1941 to manufacture and test small-caliber ammunition for the Army. The facility has remained in continuous operation except for a five-year period following World War II. It produces about 1.4 billion rounds per year, and the facility was recently tapped to produce the military’s newly adopted 6.8x51mm ammunition, the first new caliber to roll out of the plant in 65 years.

“Yes,” Oliva said, “we’ve seen reports by the White House Deputy Press Secretary saying there is no call to close the plant. However, we were informed by Winchester that the government did, in fact, give indications they were looking at restricting production. That’s when we started to ask questions.”

Oliva said NSSF began raising red flags last week via a tweet from Larry Keane, the NSSF senior vice president of government and public affairs because the organization has seen this kind of move against green tip 5.56 ammo before.

When President Joe Biden was vice president in 2015 under President Barack Obama, the White House attempted to halt the sale of green tip 5.56 through an ATF regulation proposal, which would have struck the “sporting purpose” exemption that currently exists for the cartridge. At the time, after the M855 had been around for about 40 years, the agency alleged green tips were “armor piercing” ammunition. They’re not, even according to the legal definition.

Green tipped M855 ammo was initially adopted by NATO as the SS109 cartridge. The US military adopted the round in the early 1980s to replace the M193 5.56 ammo in use at the time. It was renamed M855, and the tips were painted green so personnel could readily differentiate the new ammo from the old M193 rounds, which were gradually phased out. The green tips remain even though the M193 is long gone, and they have become a popular and usually affordable ammo option among civilian gun owners over the years.

The Gun Control Act of 1968 and the ATF define armor-piercing ammunition as:

“A projectile or projectile core which may be used in a handgun and which is constructed entirely (excluding the presence of traces of other substances) from one or a combination of tungsten alloys, steel, iron, brass, bronze, beryllium copper, or depleted uranium,” or “A full jacketed projectile larger than .22 caliber designed and intended for use in a handgun and whose jacket has a weight of more than 25 percent of the total weight of the projectile.”

Even though there are pistols chambered in the caliber, green tip 5.56 simply does not meet the definition because it has an 80% lead core; the agency’s other arguments didn’t hold water any better. The ATF shelved its attempted ban after receiving significant backlash from 53 senators and more than 200 members of Congress.

“They tried to say that green tip ammunition is able to penetrate soft armor – police body armor. The problem with that is any rifle ammunition is capable of penetrating soft armor. It’s just a matter of velocity and mass,” Oliva said. “That effort was pushed back and went nowhere. But this looks like another attempt to try and do something similar.”

Intervention from Biden’s White House could not have come at a worse time and will likely muddy already tumultuous waters. A group of 20 senators (10 Democrats and 10 Republicans) recently concluded bipartisan negotiations over forthcoming gun control legislation that will be introduced in the Senate.

Sen. Chris Murphy, the leader of the Democrat contingent during the negotiations, specifically asked the White House to stay out of things until bills could be crafted and introduced, according to Oliva. Biden agreed but apparently wanted more. The framework of the incoming legislation was released last week, and it includes neither an “assault weapons” ban nor a magazine ban.

“Biden wanted gun bans,” Oliva said. “He wanted an age restriction. And now it appears he wants to choke off the availability of ammunition to the civilian market.”

On June 20, Rep. Vicky Hartzler (R-MO) and Rep. Sam Graves (R-MO), along with 48 other House Republicans, quickly responded to the potential ammo chokehold with a letter to Biden strongly urging him to immediately eliminate any consideration of banning the commercial production of ammunition at the Lake City plant.

“Not only will this decision have significant negative consequences for the workforce at the facility, but it will compromise Army readiness by further delaying the deployment of the Army’s Next Generation Squad Weapon (NGSW),” the letter states.

“Specifically, this decision will result in the immediate termination of up to 500 highly skilled employees and undermine the facility’s ability to hire and retain the skilled workforce needed to carry out the contract with the Department of Defense,” it continues.

The Republican-penned letter also cautions the president against exacerbating an already serious shortage of ammunition in the commercial market that law-abiding gun owners are already facing.