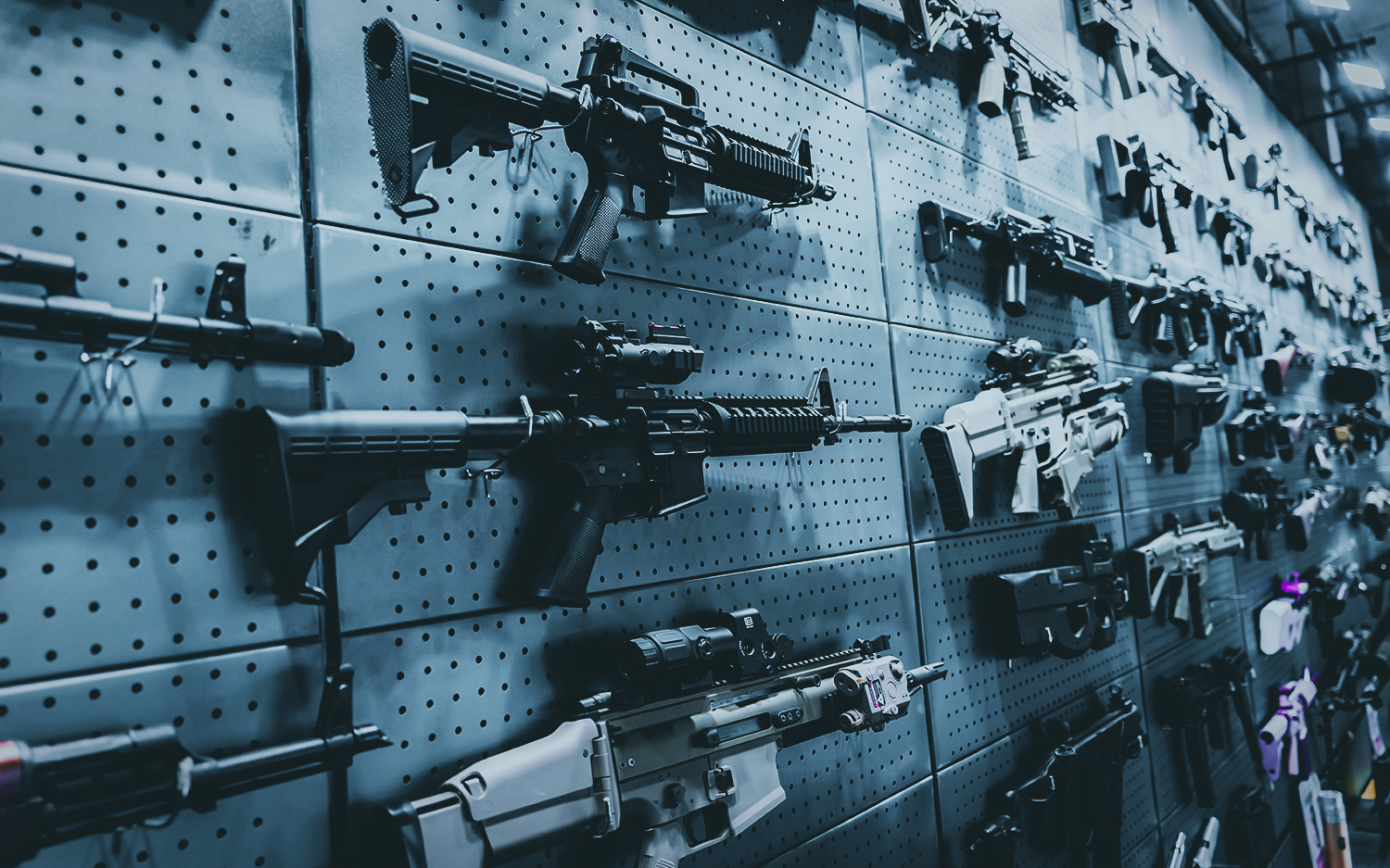 There was much talk in the media last week of secret Senate negotiations that could lead to bipartisan gun control legislation as the House passed an expansive and destined-to-fail package of firearm restrictions. On Sunday, June 12, a group of 20 Senators — 10 Democrats and 10 Republicans — announced they had reached “an agreement on principle for gun safety legislation” that will act as a framework to address gun violence.

The agreement contains no assault weapons ban, nor does it ban standard-capacity magazines, but there are still some aspects of the promised legislation that have gun rights advocates bristling.

“Today, we are announcing a commonsense, bipartisan proposal to protect America’s children, keep our schools safe, and reduce the threat of violence across our country,” the Senators said in a joint release issued Sunday. “Families are scared, and it is our duty to come together and get something done that will help restore their sense of safety and security in their communities.”

The announcement is an overview of yet-to-be specified legislation that will be introduced in the Senate in the wake of recent high-profile mass murders in Texas and New York. Lawmakers still have to figure out how to write the actual legislation.

The announcement boasts the support of 10 Republican senators, which would give the proposal enough support to overcome the Senate filibuster, reports CNN. The news agency points out that it will be quite difficult for lawmakers to get anything finalized before Congress goes on recess in two weeks beginning June 27 — but that’s the plan.

Here’s what the forthcoming legislation is expected to include:

Forthcoming legislation would provide significant funding to help states create new red flag laws, which have proven extremely controversial — some have argued such laws are unconstitutional. The 19 states (and Washington, D.C.) that already have red flag laws would receive more money to improve their programs.

The Senate release posted by supportive Republicans, including Sen. Mitt Romney, calls this measure “Support for State Crisis Intervention Orders” and says it will provide “resources to states and tribes to create and administer laws that help ensure deadly weapons are kept out of the hands of individuals whom a court has determined to be a significant danger to themselves or others, consistent with state and federal due process and constitutional protections.”

Legislation that “cracks down on criminals who illegally straw purchase and traffic guns” is also expected.

The Firearms Policy Coalition (FPC) had some strong words regarding the red flag initiative in an email sent to its members on June 13.

“Thanks to 10 Republican traitors, the tyrants are now confident they have a filibuster-proof majority to pass gun control,” the email said, before listing the 10 senators and saying, “Here are the oath breakers who stabbed you in the back.”

“These worthless cowards voted to betray you and your family by handing the despots ‘Red Flag’ gun confiscation, expanded background checks, and more,” the email continued. “And they’re planning to rush their treasonous legislation to Pres. Biden’s desk in less than two weeks so they can go on vacation.”

The release calls this “Investment in Children and Family Mental Health Services” and describes it as a “national expansion of community behavioral health center model; major investments to increase access to mental health and suicide prevention programs; and other support services available in the community, including crisis and trauma intervention and recovery.”

The release goes on to say the government will invest in “programs that increase access to mental and behavioral health services for youth and families in crisis via telehealth.”

Legislation will be introduced intended to address the so-called “boyfriend loophole.” This provision was dropped from the Violence Against Women Act back in February and has found new life during these Senate negotiations. The legislation will deal with whether unmarried partners can keep firearms if they are found guilty of violence against a dating partner.

Currently, for a person to be stripped of their Second Amendment rights following a domestic violence misdemeanor conviction, they must have been married to the victim, lived with them, or had a child with them. CNN says that closing this loophole would mean that “anyone who was deemed to have been in a serious dating relationship” and convicted of domestic violence would be stripped of their gun rights.

The release from Republican supporters calls this simply “Protections for Victims of Domestic Violence” and describes it as:

“Convicted domestic violence abusers and individuals subject to domestic violence restraining orders are included in NICS, including those who have or have had a continuing relationship of a romantic or intimate nature.”

According to the Battered Women’s Justice Project (BWJP), only five states require convictions of misdemeanor crimes of domestic violence to be reported to the National Instant Criminal Background Check System (NICS).

Legislation is planned that would require a “more thorough review process” (the specifics of which have yet to be determined) for anyone between 18 and 21 who wants to buy a semi-automatic firearm. Lawmakers plan to require NICS to contact state and local law enforcement to search for any disqualifying mental health or juvenile records, CNN reports.

The story says, “NICS would have to call the appropriate agency that adjudicates mental health records in each state” and that the organization would have up to three days to conduct the search, which could be extended another seven days (10 days total) “if the initial review raises concerns.”

It should be noted that not all states fully participate in NICS, which has been under severe strain in recent years due to the volume of background checks being performed for record-breaking gun purchases, and that no states are legally required to submit records to be included in the system. NICS checks are also performed for other reasons, like as part of the hiring process for public school employees, for example.

The infamous Fix NICS legislation was introduced in 2017 to address the failings of the national background check system, which was created by the passage of the Brady Handgun Violence Prevention Act in 1993 and first implemented by the FBI in 1998.

The FixNICS campaign was launched by the National Shooting Sports Foundation (NSSF), the firearm industry trade association, in 2013 to encourage states to “report to NICS all records that establish someone is prohibited from owning a firearm under current law.”

“FBI databases are incomplete because many states have not provided all records that establish someone is prohibited from owning a firearm under current law,” says FixNICS.org, “especially including mental health adjudications and involuntary commitments orders.”

The federal government can’t require states to report records to NICS, and many states have their own databases with records that are never sent to the feds.

Other factors contribute to incomplete or missing records in NICS, even in states with good reporting track records. For example, some states don’t require fingerprinting for misdemeanors, which means such convictions are never sent to the Interstate Identification Index, one of three databases NICS leans on.

Currently, in terms of NICS participation, there are 37 non-point-of-contact (POC) states, meaning Federal Firearm Licensees (FFLs) in those states contact the FBI directly for all firearm background checks via NICS.

RELATED – Follow the Firearm: What Happens When a Gun Is Seized by the Law

Details on this one are hazy, but lawmakers want to do something to require more firearm sellers who are “proven to be engaged in the business of selling firearms” to get FFLs.

The release simply says this measure “cracks down on criminals who illegally evade licensing requirements.” On the surface, this seems to be aimed at private sellers and closing the so-called “gun show loophole.”

Funding would be provided to “help institute safety measures in and around primary and secondary schools,” support “school violence prevention efforts,” and provide training for employees and students.

Essentially, money would be allocated to harden schools and increase security training in schools.

Many of the elements included in the expansive gun control package passed last week in the House were reportedly up for debate during the negotiations but didn’t make the cut in the Senate. That includes expanded background checks, an “assault weapons” ban, a magazine ban, and raising the minimum age of purchase for all semi-auto centerfire rifles to 21.

Gun Owners of America issued a statement on Twitter Sunday night saying, “Here we go again, Republican legislators compromising your rights and getting nothing in return. Federal dollars to bribe your state legislators into enacting unconstitutional ‘red flag’ laws, which could allow a court to seize your weapons without any due process, simply based on anonymous tips.”

“[The bill would include] wait periods and extensive review for those under 21 seeking to exercise their Second Amendment rights. We will not allow the government to make those who can vote and fight our wars second-class citizens.”

The NSSF is trying to see a silver lining in the announcement but said it’s too early to make any definitive judgment on the forthcoming legislation that hasn’t been written yet.

“NSSF is encouraged that this announcement of the agreed-upon framework does not include proposals to ban certain classes of firearms or age-based gun bans. Those ideas pose serious Constitutional questions, and the fact that they aren’t part of this proposal shows that this is a true potential starting point,” Mark Oliva, NSSF managing director of public affairs, told Free Range American.

“There is still serious work to be done, however, and this is far from a certain deal. This is just the framework, and the text of these legislative proposals must be written in a manner that protects Constitutional rights, including Due Process rights when it comes to state ‘red flag’ laws and any proposals to expand definitions of prohibited individuals,” Oliva said. “We are pleased to see that measures to improve school security and provide increased mental health resources are being included.”

The National Rifle Association echoed the NSSF statement, saying, “As is our policy, the NRA does not take positions on ‘frameworks.’ We will make our position known when the full text of the bill is available for review.”

“We encourage our elected officials to provide more resources to secure our schools, fix our severely broken mental health system and support law enforcement,” the statement continued. “The NRA will continue to oppose any effort to insert gun control policies, initiatives that override constitutional due process protections and efforts to deprive law-abiding citizens of their fundamental right to protect themselves and their loved ones into this or any other legislation.”

Now, gun rights advocates and gun control supporters must wait for the actual text of the bipartisan gun control legislation that will use this framework. Lawmakers have said the bills will be introduced while Congress is still in session before going on recess from June 27 to July 12.