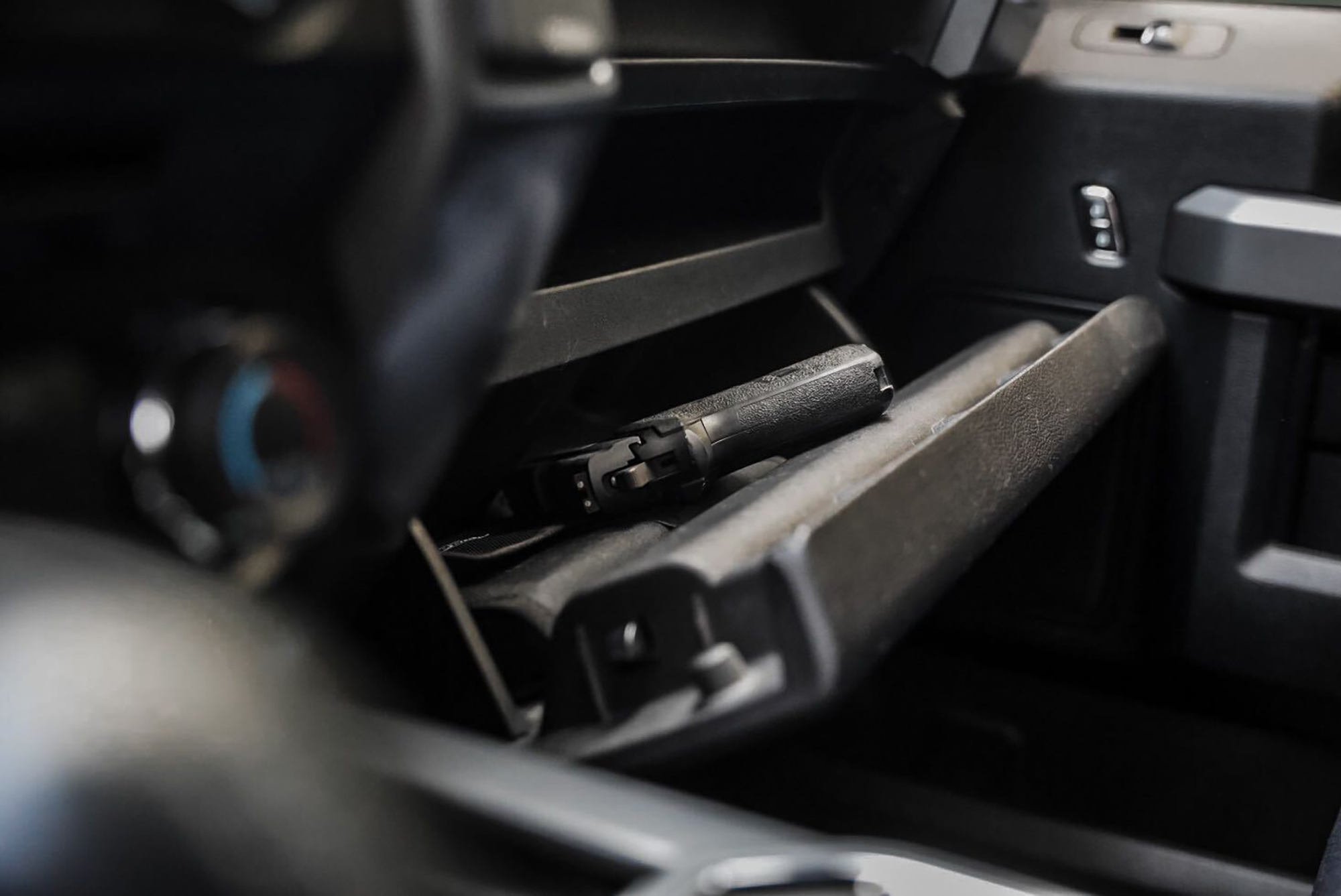 For a lot of gun owners, a thief stealing one of their firearms and then later finding out their gun was used in a crime is at the top of their potential worst-case scenarios list. While many people prepare for a gun theft from the home by dropping a good amount of coin on a top-of-the-line gun safe, new crime statistics say there is a far greater likelihood that a firearm will be stolen from a person’s vehicle in the US.

While this report from NBC News relies on conclusions drawn by anti-Second Amendment advocates, those conclusions are based on FBI crime statistics. What those stats say about gun thefts from vehicles in the US should cause anyone who regularly leaves a firearm in an unattended car or truck to take notice: more guns are being stolen from vehicles in the U.S. than ever before.

On average, at least one gun is stolen from a vehicle every 15 minutes, according to the numbers. Ten years ago, less than 25% of gun thefts were from vehicles; in 2020, that percentage had climbed above 50%. The period between 2019 and 2020 saw a huge spike in guns stolen from vehicles that correlated with spikes in gun sales. At the same time, 180 cities saw a rise in gun thefts from vehicles, making them the largest source of stolen guns going by FBI crime data from 2011 to 2020, covering about “271 small-to-large cities across 38 states.”

If you think these thefts occur most often in giant lots outside big box stores or in the parking lots of bars late at night, think again. The stats say guns are most often stolen from vehicles parked in driveways or on the curb outside residences. The trend appears to be consistent from state to state, in big cities and small.

“In South Carolina, gun thefts from motor vehicles climbed to more than 5,100 in 2021, from roughly 4,200 in 2019, according to the statewide data provided by the South Carolina Law Enforcement Division,” NBC reports. “In Hampton, Virginia, the number of motor vehicle larcenies in which a firearm was stolen jumped to 142 incidents in 2021, from 88 in 2019, Police Chief Mark Talbot said. Many of the stolen firearms have turned up at crime scenes.”

The story says it’s too soon to say exactly what’s driving the shift in criminal behavior, but that it’s “likely exacerbated by many factors, including a surge in firearm purchases during the pandemic. In 2020, the FBI conducted nearly 40 million firearm background checks, more than any year on record.” NBC also points out that during the COVID pandemic, people were at home more often, and their vehicles were used less often, making them easier targets.

RELATED – Firearms Policy Coalition: On the Front Lines of the 2A Battlefield

Authorities say it takes a thief just seconds to break into a vehicle and steal a gun.

However, considering only 15 states have a legal requirement for gun owners to report a stolen firearm and there is no rock-solid set of statistics or data showing how often stolen guns are used in crimes, these numbers could be way off one way or the other.

Whether or not these statistics are accurate and represent a new and ongoing trend or if they represent an anomalous spike, it’s only good OPSEC to avoid leaving a firearm in an unattended vehicle if you can avoid it.

People often travel with firearms in their cars or trucks, whether they’re headed to the range, on a hunting trip, or for self-defense. However, a firearm should never be left in an unattended vehicle overnight, especially outside a home. If the FBI stats are accurate, following that rule will prevent most gun thefts from vehicles. But what do you do if you have to leave a gun in your car while you’re out and about in the ordinary course of everyday business?

The National Shooting Sports Foundation says that locking your vehicle’s doors should never be considered secure firearm storage. The same goes for the glove compartment or center console, even if they are lockable. They can be pried open by a thief in seconds.

The organization advises using a lockable gun case or lock box to securely store a gun in a vehicle — one that can be securely affixed to the frame is preferable. If quick access is a concern, there are plenty of lockable safes that offer speedy access via a touchpad or biometric locks that can prevent theft or at least require too much time and effort from a thief causing them to move on (see video above).

In general, unless it is utterly unavoidable, simply don’t leave a gun in an unattended vehicle. Ever.

If you’re on a hunting trip, the guns come into the hotel room or into the tent with you at night. If you have to leave your CCW firearm in your vehicle to go into an event or building where you can’t legally carry it, it should be secured in a hidden gun safe that would take more than a couple of minutes for a thief to cut free from the car. At the same time, avoid putting things on your vehicle that say to thieves: “Hey, there’s a good chance you’ll find a gun under the seat of this Ram 3500 with a dozen NRA, Glock, EOTech, and Hornady stickers on the back; why don’t you smash a window?”

It’s one thing if you live in a place so rural that it’s still acceptable to drive around with a full gun rack in the back of a pickup’s cab, or if you work in a profession that requires you to have rapid access to a long gun or to a pistol that can’t be carried concealed. If neither of those describes you, then it’s best to rely on the legal CCW firearm at your waist.

But, everyone’s self-defense plan must be respected. So if a “truck gun” is part of that plan for whatever reason and you’re off the ranch, keep it locked securely within your vehicle when unattended. That means going beyond stowing it under a blanket in the trunk or behind the glass of a hatchback. If you have a truck, consider a locking toolbox or heavy-duty locking drawers for the bed. If the tailgate locks under a cover, all the better.

There are also gun safes that will fit behind the seat of most pickups and a number of discreet, quickly accessible gun safes that can be securely mounted in a vehicle and even completely hidden from view. Even then, you’re still taking a risk whenever you leave a firearm in an unattended vehicle, so always be sure to bring it inside at the end of the day.

The states with stricter gun laws generally have rules about how gun owners can store or transport firearms in vehicles, which gun owners must adhere to or risk a felony, but most states don’t. So, it’s on gun owners to combat this growing problem and help prevent guns in vehicles from being an easy target for thieves.

READ NEXT – Follow the Firearm: What Happens When a Gun Is Seized by the Law