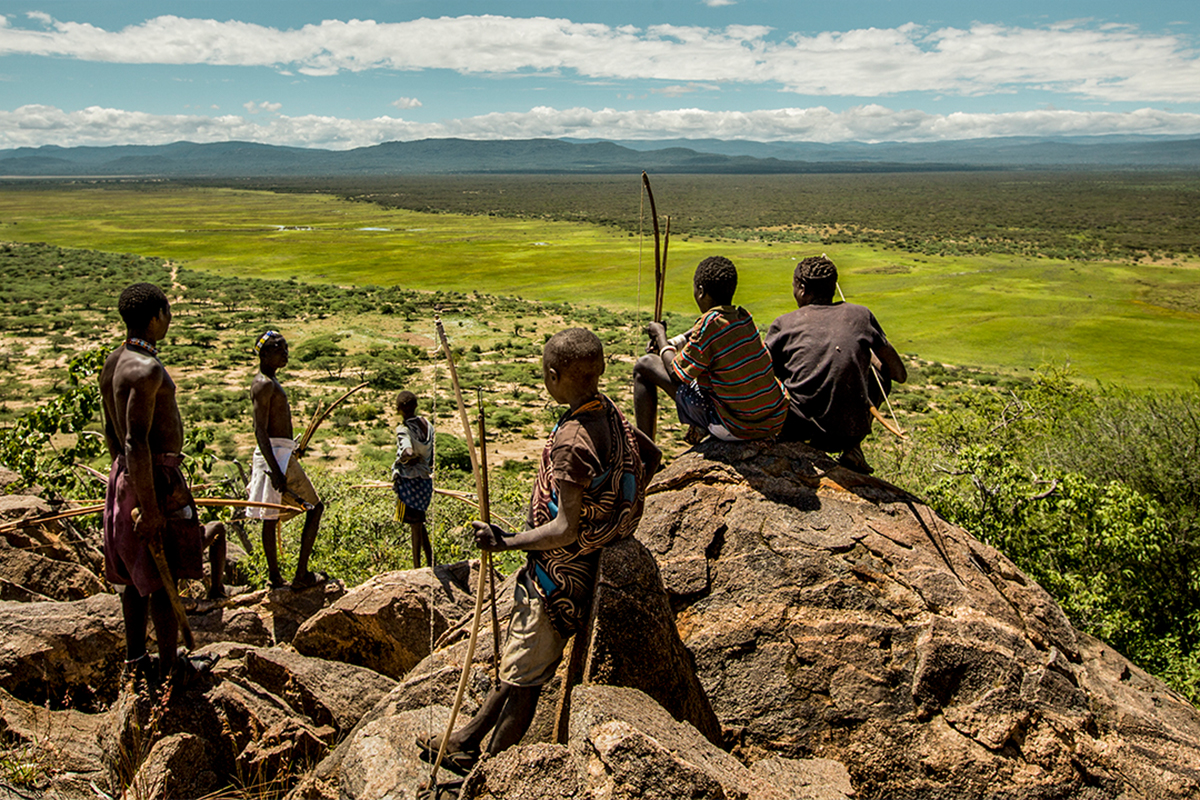 Few experiences in this world are more authentic or pure as hunting for sustenance — heading to the field with the knowledge that if you’re not successful, you don’t eat. For the Hadza, a tribe of roughly 1,500 true hunter-gatherers living in a remote part of Tanzania, that’s called everyday life.

The Hadza don’t believe in material possessions or social hierarchy and roam where they need to find wild game, fruits, and root vegetables. Their survival depends on natural resources, their deep well of wilderness knowledge, and leaving a light footprint on their land.

A YouTuber traveled to Tanzania earlier this year to experience a baboon hunt with the tribe and, of course, record some video. While he is about as awkward as a teenage boy in puberty, the video he posted captures a small Hadza hunting group answering some lofty questions about life and death.

The perspective of the Hadza hunters is wholly uncomplicated and honest, and the expressiveness with which they speak is so rich — like their description of the motion and sound of shooting a bow at a baboon on a high rock cliff.

When it comes to the biggest question of all, the Hadza don’t really have an answer for where their people go when they die. They only hope that by killing an animal in tribute, they can relieve the deceased tribe member of any burden they carried in life.

Their biggest fear is lions, which Socolo, the leader of the tribe, imitates with a deep growl.

When asked what’s the most important thing in life, Socolo’s answer is immediate: “Meat, honey, and corn porridge.”

“Water, too,” another hunter adds.

For the Hadza, these items represent survival but also health and happiness. They are the raw elements that life is made of; without them, the tribe could kiss their existence goodbye.

They live close to the bone because that’s what they know, and that’s what has worked for so long. There is no fat to trim.

In another video, when the group of hunters sets out to hunt baboons in the black of night, they are as coordinated as any pack of wolves. Only the strongest are recruited to go. They move with stealth and follow a strategy proven effective generation after generation. They communicate subtly and without alerting their prey. They attack, kill, and return with the meat they need.

For the Hadza, the immediacy of killing an animal that will feed their family or group in the field or as soon as they return home — because that is the sole source of meat, not because they had chicken last night and want something different — is something that 99% of us have not experienced. To a degree, we all take our meat for granted.

Subsistence hunting is a way of life: a purpose, not a pastime.

The ethos of respect, conservation, and personal responsibility shared by avid hunters and anglers and those who live mostly off the land probably affords the closest perspective for those of us who don’t hunt and fish to stay alive. Even then, it falls short because we have essentially unlimited resources at our fingertips.

Indigenous cultures around the globe rely on wild game and native plants for survival. They learn the ways of nature and the seasons from a very young age, along with lessons about the interconnectedness of living things and the importance of those connections.

Salmon spawn in the summer, passing on the long-circuital flame of new progeny to the river and fattening bears for winter. Those that aren’t eaten die and feed birds, muskrats, raccoons, foxes, wolves, and other fish. What remains returns to the earth as nutrients for trees, grasses, wildflowers, and grubs, which feed rabbits, moose, deer, and caribou.

The subsistence hunter understands his place in this cycle and the evolving and revolving seasons. There is no difference between the bear’s need to eat and his own.

We can learn from hunter-gatherer cultures like the Hadza: Simplify priorities, reduce the need for “things,” improve communication, and strengthen our connection with the natural world. And always be gracious with slightly obnoxious guests toting cameras.