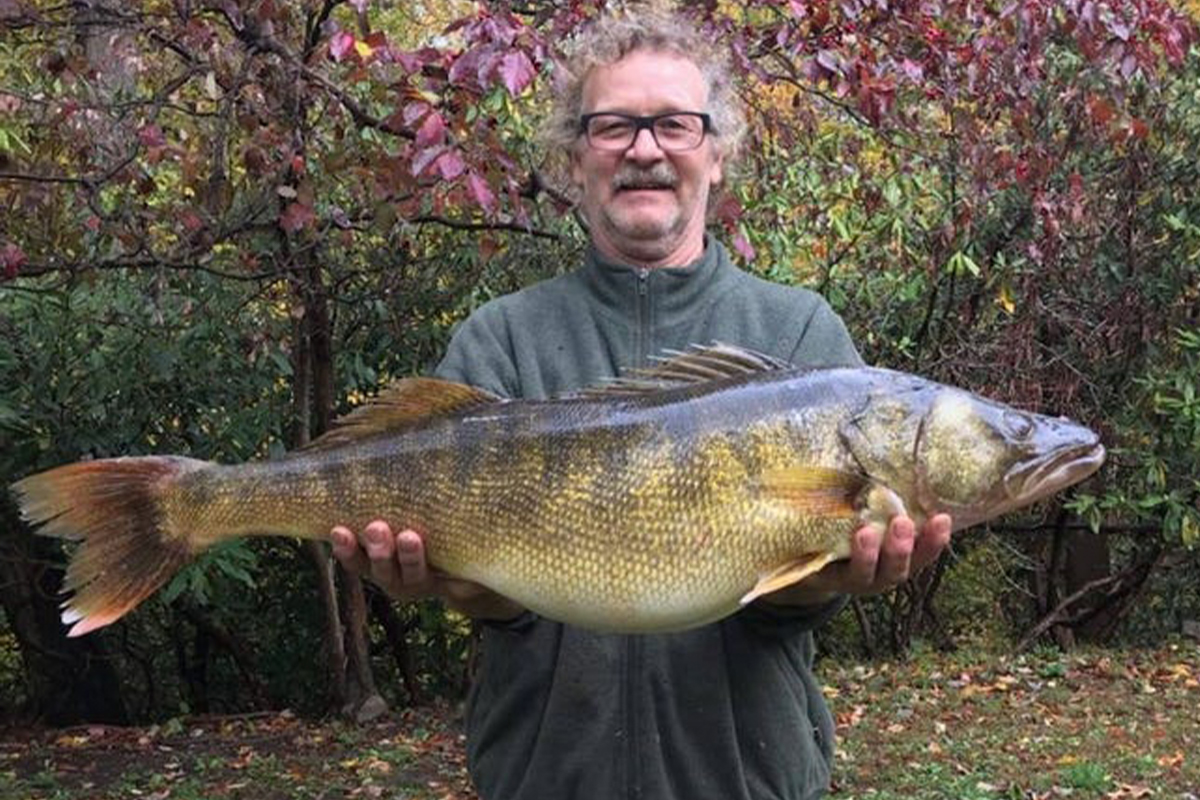 The new Pennsylvania state record for walleye almost went to hell in a bucket, literally. Richard “The Breeze” Nelson came home from a day of fishing with the giant fish in a 5-gallon bucket and was just getting ready to cut some big, fat fillets when his son, Richard Jr., stepped in and pumped the brakes.

“We had the fish home when my son looked up the state record, and said, ‘Dad, we better get this thing weighed,'” Nicholson said.

It’s a good thing, too. On a certified scale at the local grocery store, the freakishly large walleye weighed in at 18 pounds, 1 ounce and it taped out at 34 inches with a girth of 21.5 inches.

The fish dethroned a 41-year-old record held by angler Mike Holly of Bradford, Pennsylvania, who caught a 17-pound, 9-ounce walleye from the Allegheny Reservoir in 1980.

The accomplishment was bittersweet for the elder Nicholson.

“I’m tickled about the fish,” he told a local news outlet. “I’m glad it beat the record, but it’s a shame to beat an old record like that. It’s just a matter of time. I truly believe it’s not the only big fish in the river.”

The two men had been fishing from the bank of the Youghiogheny River and Nicholson Sr. was after walleyes with a live creek chub attached to a number two hook under split shot and a slip sinker.

“We were fishing the bottom along the edge of a sandbar, just having a nice time being on the river,” he told the Pennsylvania Fish and Boat Commission. “Conditions were good, and we were catching fish right away. Before we knew it, we landed a big sauger and then a 27-inch walleye that weighed about 9 pounds. It turned out it was only the start of the best day ever.”

Since you never leave fish to find fish, Nicholson stayed on the same hole until roughly 6:45 p.m. when his rod doubled over.

“I grabbed it and just started reeling,” said Nicholson. “I knew right away it was something big, and I thought maybe it was a musky. It fought me for about 25 minutes before I got it up on the bank and my son got it in the net. It was so big that it actually broke the net.”

Nicholson plans on getting a molded replica of the fish made by a friend who is a taxidermist. The walleye is on ice for now, but he intends to share the meat with friends and family.

“I like to eat fish, so I wasn’t after the record, but if this inspires somebody else to get out there and fish, then it’s all worth it to me,” Nicholson said. “We need more people out there fishing. That’s what it’s all about.”

Read Next: 5 States That Totally Blew it With Their State Fish