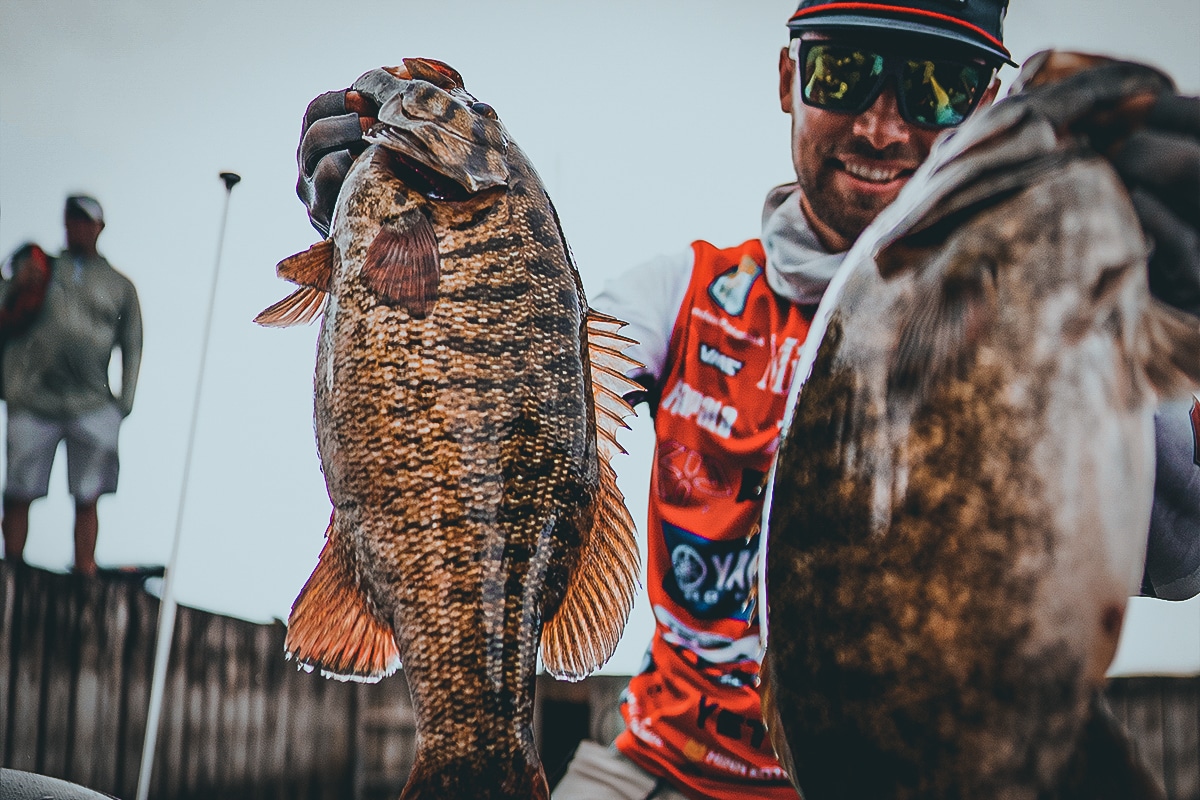 Brandon Palaniuk, his wife Tiffany, and their 3-month-old daughter Kora were two hours from home in Coeur d’Alene, Idaho, when we got him on the horn this week. They were on the road, traveling from Wisconsin, where Brandon had just wrapped up his 11th season on the Bassmaster Elite Series the previous week and received his second Angler of the Year award; he earned his first in 2017.

Elk season had already kicked off in Idaho, and the Gem State native was anxious to get home.

“I need to get my ass home so I can go try to chase down an elk,” he told Free Range American. “My buddies haven’t sent any pictures of dead bulls yet, so I don’t feel too bad.”

Barndon and his wife had been on the road since January when they drove to St. Johns River in Palatka, Florida, for the first Elite series event.

He towed their 43-foot 5th-wheel camper; Tiffany towed his Skeeter FXR20 bass boat. She also had Kora onboard, who hadn’t been born yet.

Chasing elk in September is his downtime fun before jumping into his off-season work for 2023. Sponsor obligations, content-building and tackle, boat, and vehicle prepping will soon demand his full attention.

“We have a few months of, quote-unquote, offseason from tournaments, but there’s not much downtime,” he said. “If you let it slip by, you get into a situation where you’re scrambling and way behind going into the following year.”

Brandon knew what he wanted to be before he was 10. His mom lit the fire by taking him trout fishing on high alpine lakes as a small kid, but the mentorship of a family friend stoked that fire, which still burns today.

“One of my mom’s best friends got married to a guy that fished local tournaments,” he said. “I was about 8 years old and already obsessed with fishing, but I didn’t know there was such a thing as bass tournaments. He took me fishing, and from that day forward, I based every decision on eventually fishing in the Elite Series.”

After finishing high school, Brandon turned down several wrestling scholarships; he knew the demanding sport would eat into his fishing. He attended a junior college close to home and took business classes to learn the finer points of sponsor marketing while fishing in local Bass Nation tournaments.

In 2010, the angler parted ways with his education, partly because of fishing but also because of calculus.

“I had qualified for the western regional [tournament], and it was the same week as my calculus finals,” he said. “They wouldn’t let me take the finals early because they were worried about people cheating. I said, ‘Okay, I’m not going to be here.’ My teacher asked why not, and I told her, ‘I’ve got a fishing tournament. I’m not going to come back and take this test.’ She said, ‘You’re gonna throw your whole career away for some fishing tournament?’ I said, ‘Yes, ma’am,’ and walked out.”

A win at regionals validated his choice. Then came a win at nationals, which qualified Brandon for the Bassmaster Elite and Classic tourneys.

The rising star took 4th place in his debut Classic in the spring of 2011, and he never looked back.

“The Classic was my first true professional event,” he said. “Nobody knew how to pronounce my last name. Nobody knew who I was. I was just a young kid from Idaho. So, that kind of put my name on the map.”

Life on the Road

The travel routine for the Palaniuks has come a long way since Tiffany began staying on the road with Brandon full-time in 2014.

“The first few years, we stayed in rental houses and hotels,” Tiffany said. “But we learned quickly that camping life was the best situation for us. So in 2017, we got a camper, and we’ve camped ever since.”

Having the mobility of a tiny home is convenient, but it takes work to keep everything on track during a season that requires the family to pick up and move weekly.

“We have it down to a pretty good routine and structure,” she said. “He takes care of the tackle and boat prep. My job is to take care of the things that keep us going: food and lunches, laundry, and cleaning. I pay the bills. And now we have Kora, so we’re figuring out how to fit a baby in there.”

Tiffany said it would be interesting once their daughter also starts getting mobile. She’ll definitely be on the podium with dad in the future.

“She already has her dad wrapped around her finger, so it’s hard to get them separated,” she laughed.

For Brandon, having his family with him on the road keeps him grounded and happy.

“When you tell people you catch bass for a living, that sounds pretty dang cool,” he said. “What they don’t see is everything you miss when you’re gone from home — birthdays and baseball games. Because we live an extraordinary life, we don’t get to do a lot of those ordinary things. Having Tiff and Kora with me, we’re not missing out on anything.”

The Man, The Angler of the Year

Brandon has earned a reputation among his pro-fishing cohorts for being one of the hungriest and hardest-working anglers ever. He’s known as “The Prodigy” for his angling ability but also for his hunting and snowboarding — all of which he began doing at a young age.

Oliver Ngy, a professional angler on the Bassmaster Open tour and Brandon’s friend, witnessed that work-ethic firsthand during a tournament on the James River, which Palaniuk won.

“He rolled up behind me and decided to camp out on that spot all day and wait for his small window of opportunity, like the right tide,” Ngy said. “I made a different decision, and obviously, he made the right one in that circumstance.”

“Experience and making better decisions,” he added. “That’s what separates Brandon and the rest of the guys that consistently finish high. They’re better at making decisions based on their prior experiences. As [Mike] Tyson said, ‘Everybody’s got a game plan until they get punched in the face.’ Experience is everything.”

“He’s just shown a level of consistency that is hard to duplicate. His two Angler of the Year trophies are proof.”

Ngy has also spent time with Brandon and his family off the water.

“[Brandon is] just a real dude,” he said. “Even with all of his success, I find his humility refreshing. There are guys that came before us with this crazy rock star mentality. I know actual rock stars; my girlfriend is Vince Neil’s cousin. So I’ve got some good perspective on dudes that actually live that life. I love that Brandon can just be himself, I can be myself, and we just hang out like normal fucking people.”

As for Brandon Palaniuk, his plans for next season are already in motion.