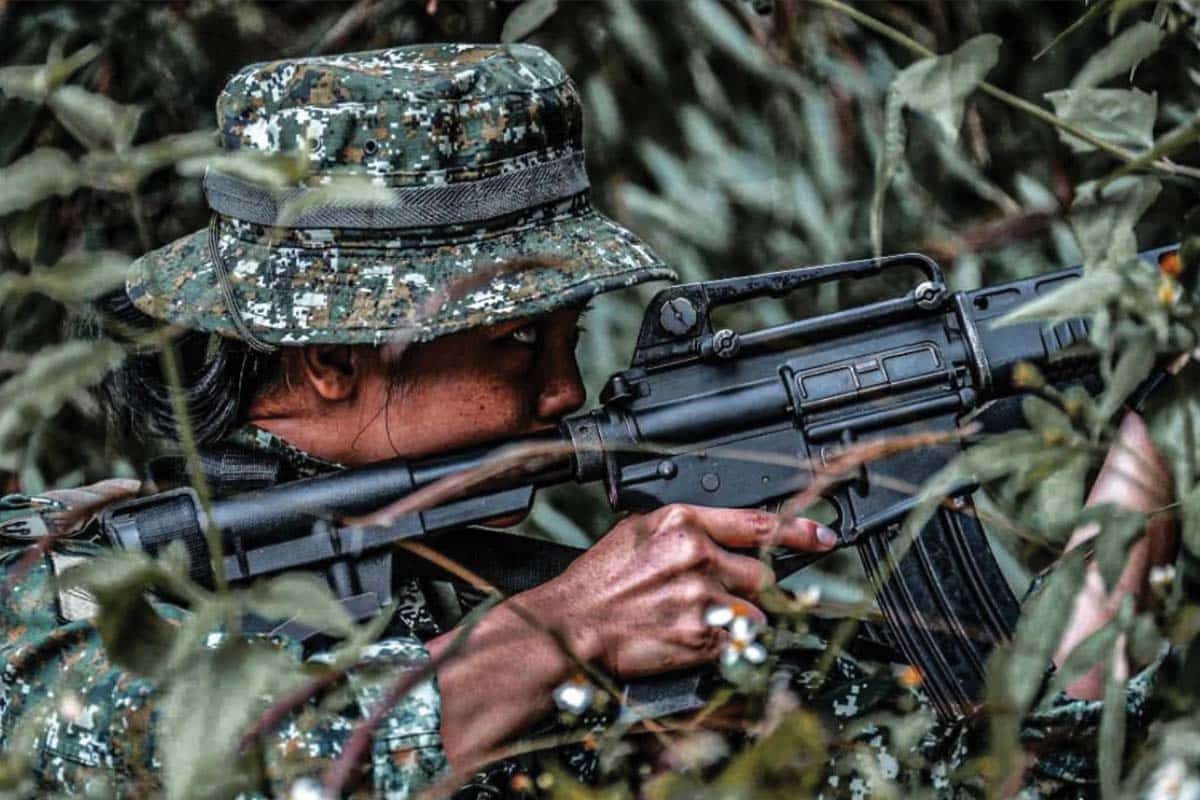 If this sounds familiar, it should. The group’s blueprint echoes the original purpose of the United States’ Civilian Marksmanship Program (CMP), and before that, the militias and minutemen who significantly contributed to the victory over the British in the American Revolution.

Tsao, the 75-year-old founder of United Microelectronics Corps, has pledged $33 million to the program, with $13 million dedicated to training 300,000 marksmen.

Kuma Academy, a private military training organization, will facilitate the Black Bear training — but that training will be wholly modern.

Puma Shen, the cofounder of Kuma Academy, said trainees would learn defense skills, first aid, drone operation, and radio communications. They have designed a training program that will hopefully increase civilian capabilities if the looming Chinese threat becomes a full-on military invasion like the world has watched play out in Ukraine over the past months.

Tsao reported that he had renounced his Chinese citizenship in Singapore to return to his homeland and fight the false claim that Taiwan belongs to China, which is the source of current tensions in the region.

“I am excited about regaining my Taiwanese citizenship and want to stand with my fellow countrymen to fight against the invasion from the Chinese Communist Party (CCP) and to safeguard Taiwan, making Taiwan a ‘land of the free and the home of the brave,’” he said.

That’s a sentiment and way of life that we know very well here in the States. For us, that freedom did, in fact, begin with militias and civilian soldiers, aka minutemen. They were a mobile, quick reaction force that gave the colonies the means to respond immediately to military threats, hence their name. Armed by local governments, they were among the first to fight in the American Revolution.

The success of civilian soldiers fighting alongside colonial militias was partly the foundation for the 2nd Amendment to our Constitution, and the idea that the majority of able-bodied Americans should be ready to fight or, at least, shoot to defend their country was once held as sacred and necessary.

The Office of the Director of Civilian Marksmanship was created by Congress at the beginning of the 20th century as part of the 1903 War Department Appropriations Act. Its goal was to strengthen national defense capabilities by providing civilians with the opportunity to learn and practice shooting skills, so they would be ahead of the curve if they were later called to serve in the military. This was spurred by the adoption of the bolt-action M1903 Springfield rifle as the US military service weapon. Most civilians were familiar with lever-action rifles at the time and had trouble keeping up when handed the new bolt gun; it was obvious training was needed.

The focus eventually broadened to include regular citizens — training civilians who might serve in the military and marksmanship training for youth — and transformed into the “civilian marksmanship program.”

The first two tenets of the CMP’s mission are to instruct citizens of the United States in marksmanship and to promote practice and safety with firearms. In the years since its inception, the CMP’s focus has shifted to specifically youth training.

The organization is also authorized to sell certain surplus military firearms, including M1 Garands as well as gun parts and ammunition to qualified US citizens.

For decades, the CMP was run by the National Board for the Promotion of Rifle Practice. In 1996, the Corporation for the Promotion of Rifle Practice & Firearms Safety was created to replace that agency. It is a tax-exempt, nonprofit 501c organization chartered by Congress, but it’s not a government agency, and aside from surplus firearm donations, the CMP gets no federal funding.