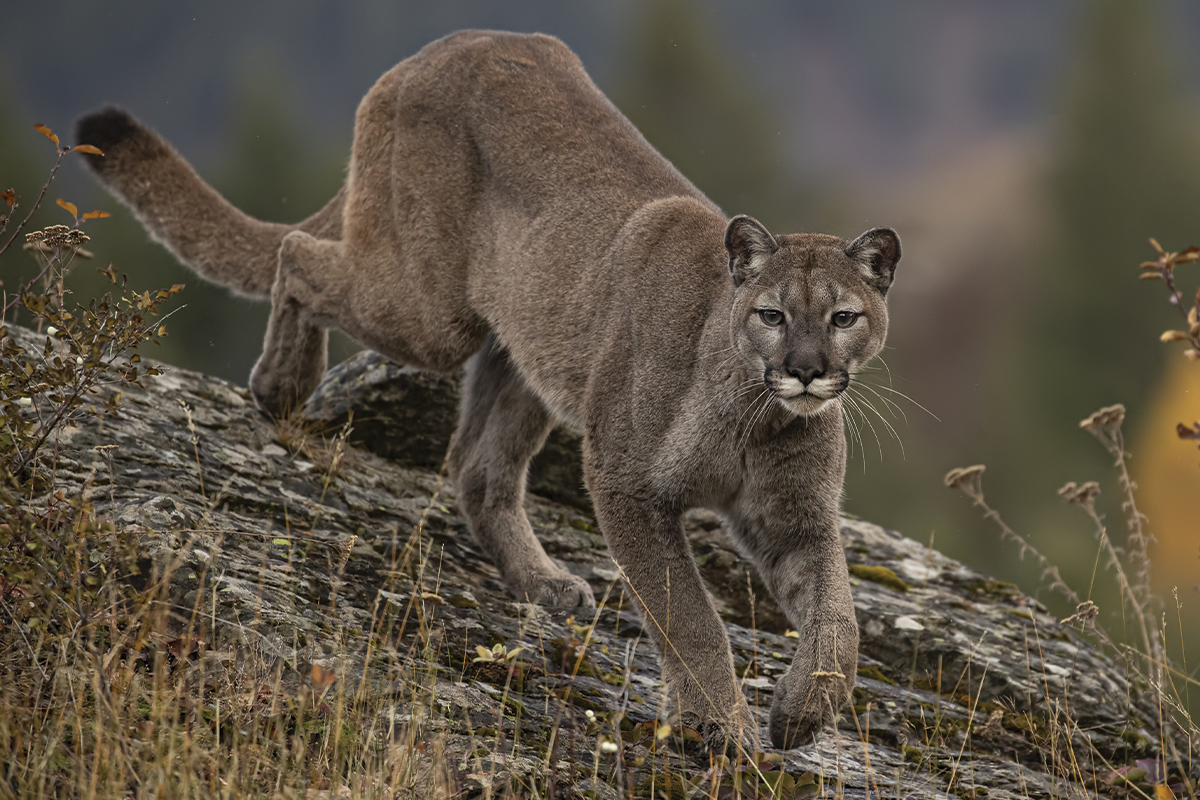 “Do you want a pulled pork sandwich?” I was sitting in a kitchen waiting for a girl to get ready to go to dinner with me and had mentioned that I was starving, so her roommate asked me the question. I looked at the guy with the questioning look I’d give anyone who’d ask that of a man of my dimensions. “Of course I do,” I said. He smiled and pushed a sandwich across the counter to me. I took a bite, savoring the succulent awesomeness of good barbecue. He looked at me and smirked as I woofed the sandwich down. “It’s mountain lion,” he said. And just like that, my whole world changed.

I’ve never been much of a predator hunter. I understand the need for it, but honestly I’ve always felt uncomfortable killing something I wasn’t going to eat (which once led to a regrettable dinner of coyote). However unlike the reputations of other predators, mountain lion is a delicious and completely underutilized game meat, one that has led me to buy a cat tag every year. However, as I quickly discovered, mountain lion are possibly the most difficult game animal to hunt on the planet. Their ranges are huge, patterning them is nearly impossible, and the animals are almost entirely nocturnal. Many hunters with big lion dreams go years without even seeing a lion track, let alone a lion themselves. That being said, there are a few places to go and methods to try that can increase your chances at bagging North America’s only big cat.

There are 17 states in the US that have confirmed populations of Mountain Lions. Most of these are in the western US with a few smaller endangered populations scattered throughout the East and Mid-West. Out of these only a few offer lion hunting seasons. These include, Washington, Oregon, California, Nevada, Arizona, Utah, Idaho, Montana, Wyoming, Colorado, New Mexico, North and South Dakota, and Texas. Additionally the Canadian provinces of Alberta and British Columbia offer lion hunting seasons as well. However, as with anywhere and any tag, just because a season is offered it doesn’t mean you have a great chance of bagging a cat. So if you’re looking to actually get a lion instead of just hunting one, there are a few states you should focus your time and money on.

Montana, Utah, and Arizona all offer over the counter tags, and have high populations of cats as well as outfitters that specialize in hunting them. In addition to these states, Colorado and Idaho boast the highest success rates and the possibility of a true trophy cat. Fee’s for licenses in these states vary between $10-50 for residents and $180-400 for non-residents. So, not only do these places offer you a good chance of bagging a lion, but they are affordable as well.

There are really only three ways to hunt a mountain lion; tracking, waiting in ambush, and with dogs. Lions are wary, fast moving, constantly roving animals that tend to stay in the thickest most unassailable terrain available. This makes techniques like spotting and stalking and stand hunting nearly impossible. So in order to bag a lion, you have to narrow your focus to what works.

Out of the three techniques, hound hunting is easily the most successful. This technique consists of unleashing a team of dogs to track down the lion and run it up a tree where you can conveniently harvest it. However, this method is extremely limiting since, unless you happen to have your own team of specially trained Plott Hounds, you have to hire a guide or outfitter to take you on your hunt. Yet there is no better way to increase your odds of success, so it is definitely a worthy investment.

Tracking is another highly successful hunting method. It generally has to be done in the snow, and it’s a hunting method that requires a lot of woodsmanship as you need to be able to move quickly and quietly and be able to read and follow tracks. To start tracking a mountain lion, you need fresh tracks. I mean red-hot, snow crumbling into the edges fresh. Mountain lions cover so much territory, so quickly, that there is absolutely no point in following any mountain lion track that is more than a couple hours old. When tracking a lion, it’s important not to keep your head up and on a swivel. You want to be able to spot the lion before it spots you, or at least before it gets away.

Ambush hunting is a touchy subject, one you want to ensure is legal in your state before doing it. It consists of finding a fresh lion kill and then backing out of the area and setting up in ambush, waiting for the lion to return to the kill. When setting up an ambush your first priority is camouflage. Lions are wary animals, especially when approaching a kill. So when you set up you have to be completely hidden. Wear a good camouflage pattern and set up in thick cover that gives you at least a 180 degree view of all approaches because a lion can come from anywhere. Cover yourself in a good cover scent and settle in downwind of the kill. Hold fast and keep entirely still – the slightest movement can send a lion into the hills. Be a sniper, be a stone, and be patient if you want to be successful.

The meat of a mountain lion is bizarrely good. Like some sort of lean cut of delicious pork. It’s otherworldly and doesn’t make much sense since most other predators taste like crap. Perhaps its because mountain lions only eat fresh meat. Perhaps its because they are so hard to hunt that the hunting gods themselves deemed it just to reward the effort. Either way, don’t just go out and hunt lions for the hide and pride, hunt them for the meat.

You can cook mountain lion just as you would pork. It can be smoked, grilled, roasted or fried. Since my first taste of it, I’ve experimented with everything from fried tom chops and gravy, to maple lion breakfast sausage, to crispy lion nuggets, and Chinese lion spare ribs. It’s a meat that’s meant to be experimented with, meant to be creative with, and not meant to be left in the woods, pelt-less, head-less, and wasted. It’s a disgrace to such a trophy.

As challenging as it, there’s something about lion hunting that is incredibly rewarding. They are the ultimate predator and one of the most beautiful and majestic creatures on the planet. Hunting them is an honor, a hunt for a predator that’s difficult to call in, is a complete ghost in the forest, and has ability to hunt you back. Every time you pursue them, you feel as if you’re reigniting some primal aspect of yourself that can’t be found anywhere else in the hunting world. A hunt where you question who is the predator and who is the prey. That is the great reward of hunting mountain lions. Well, that and the pulled lion sandwiches.

This content was originally posted by The Ultimate Predator on Oct. 28, 2021.

Read Next: Unarmed Cali Mom Attacks Mountain Lion to Save Her 5-Year-Old Son