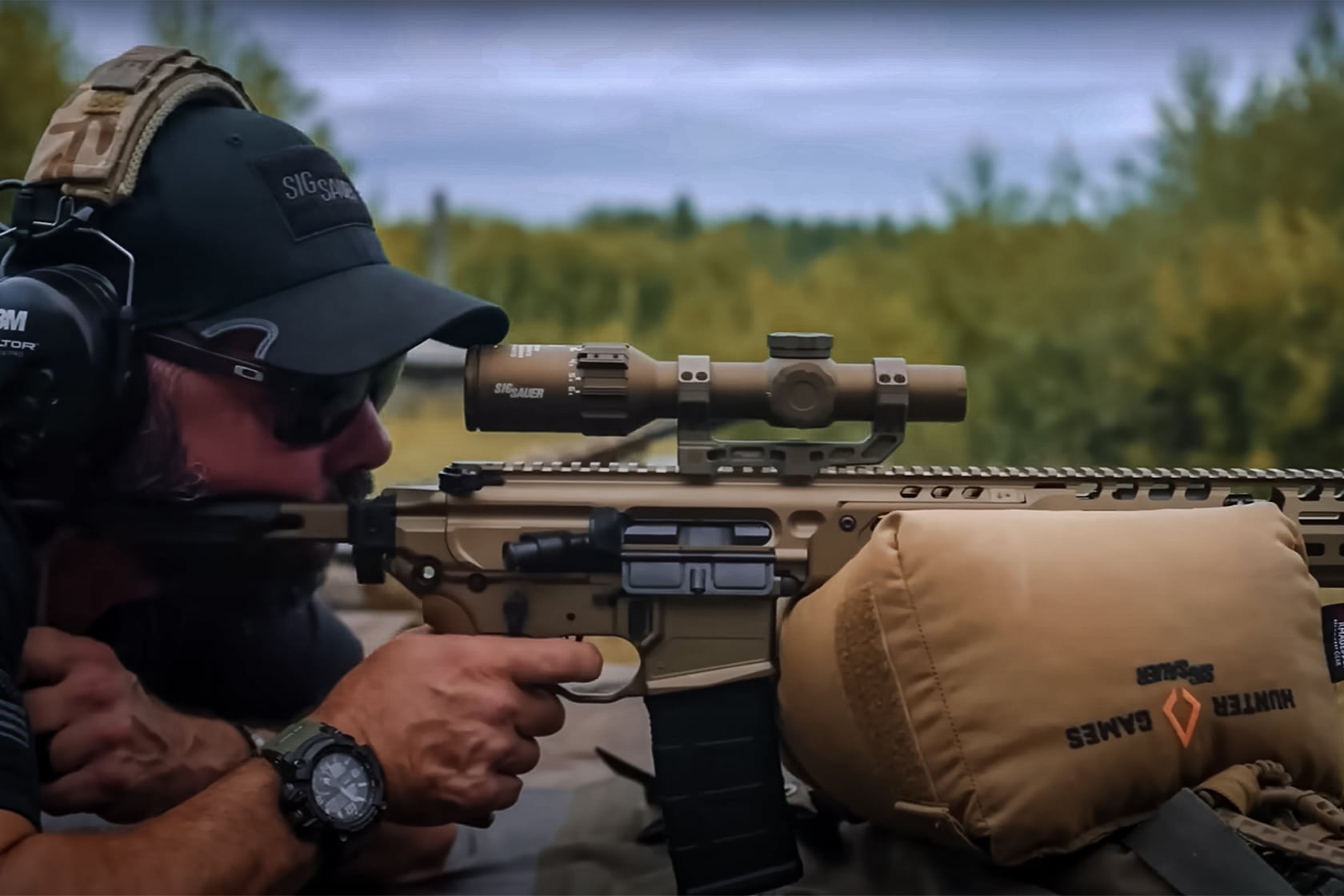 SIG Sauer announced several new entries in its wildly popular MCX line of next-gen AR firearms this week with a new series of firearms that blends the best features from the original MCX and the MCX Virtus while adding a bunch of caliber options. Meet the SIG Sauer MCX Spear LT line, which includes the first 7.62 NATO version of the MCX.

The Spear LT is basically a lightweight version of the US military’s recently adopted XM5 rifle, which is a version of SIG’s MCX Spear chambered in 6.8x51mm that won the Next Generation Squad Weapon Program (NGSW) competition earlier in 2022 and is destined to replace the long-serving M4 carbine for the Army.

This is the first 7.62 model to be offered in the MCX line, and a chambering SIG doesn’t mess with very often. The gun maker says it has developed a new latch system to “handle the many varieties of 7.62 caliber ammunition while still maintaining reliability and smooth shooting.”

The new MCX Spear LT has a redesigned and lightened handguard with attachment screws for additional rigidity and a lightened profile barrel with improved accuracy. Other features include fully ambidextrous controls, including the bolt catch and release, a coyote anodized finish (FDE), a nitride-finished barrel, and a minimalist folding stock that has also been redesigned to be easier to operate. All models come with a SIG Flatblade Match Trigger, interchangeable barrels, and a SIG QD suppressor-ready flash hider.

Eight models of MCX Spear LT rifles and pistols are rolling out this year in total.

For law enforcement or folks who engage in some NFA tax stamp collecting, two factory SBR models are available with the same barrel length and chambering options as the MCX Spear LT pistols but with the same folding stock as the carbine version.

The MCX series was introduced in 2014 and later transitioned to meet the military’s NGSW contract requirements with the MCX Spear variant. While the Army adopted a version of the MCX Spear as the 6.8mm XM5, SOCOM chose the shorter MCX Rattler in 5.56. Of course, all variants in the MCX line have seen lots of success in the civilian market.

“The MCX has been a platform that we’ve had roughly for almost a decade,” Patrick Hanley, SIG’s rifle product manager, told Guns.com. “We had customers asking for some of the changes that were partially from the first generation, being the lightweight version of the gun, as well as some of the other feature sets that it had like the AR trigger compatibility that they wanted to see carry over.