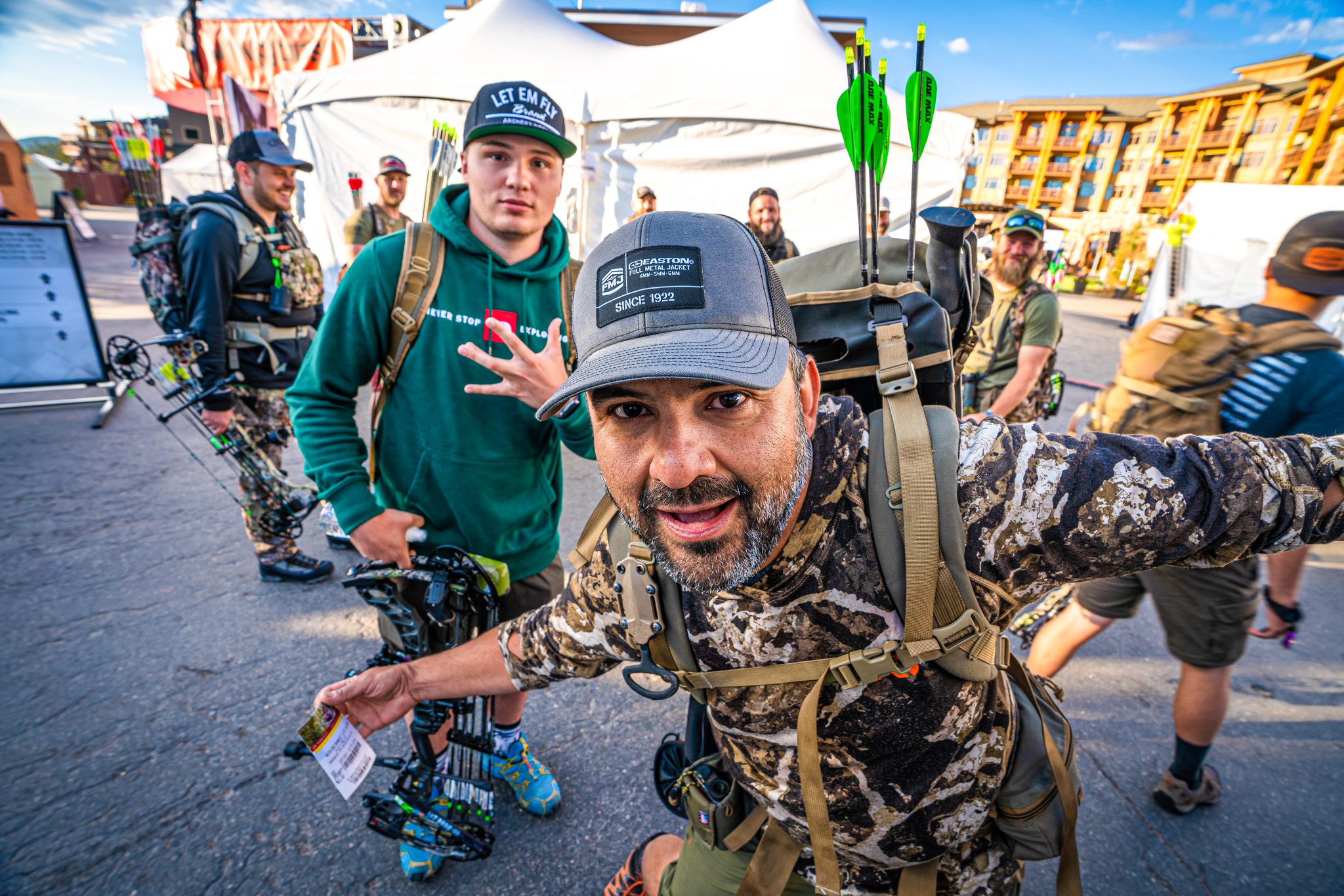 If you’ve never met Isaac Aleman Sr., you’re not surrounding yourself with the right people. He’s one of the funniest and most genuine people you’ll ever meet.

Senior, as he’s called, along with his son Isaac Aleman Jr. are the archery gurus for Black Rifle Coffee Company, but the elder Aleman is also a connoisseur of classic rock, head honcho of hip-hop, emcee of R&B, and purveyor of playlists for any occasion.

This is a dude who motivated his Total Archery Challenge (TAC) and Veteran Adaptive Athlete Shoot (VAAS) teams by filling the woods with “Ride of the Valkyries” pumping from a portable speaker.

Not since Ken Kesey and his Merry Pranksters hooked up 3-acres of California sequoias with speakers to play the Stones and Dylan for a party with a pack of Hells Angels has there been that many people armed and tuned-up to play in the woods.

From Vietnam-era soundtracks and Wu-Tang rhymes to Naughty By Nature anthems and Nugent guitar jams, if you want music for the masses, Isaac Sr. has got you.

So, go stick 3D targets at the range, get your legs back in shape for elk season, or re-org your gear for the umpteenth time — here are a few of his playlists that’ll keep your ass in gear.

The Aleman’s have shot in the Total Archery Challenge since before it was called Total Archery Challenge, so you know his playlist is gonna be money. There is nothing that will get you ready to drop a 100-yard bomb on a bedded 3D 6×6 elk target like Craig Mack and Notorious B.I.G. kicking mad flava in ya ear. If there’s one truth to long-distance archery pokes, it’s that you can’t be in your head. However, bobbing your head to Senior’s hip-hop playlist will put you in the Zen-and-the-art-of-archery-zone.

Hueys and Napalm in the Morning

It’s no secret that Black Rifle Coffee and events like TAC and the Veteran Adaptive Archery Shoot are deep with operators. You want deadly shots on target? Crank up Paint it Black and go to full draw. There’s nothing that gets the SOF community fired up more than the soundtrack that OG operators listened to when they were shadows in the jungle.

When it comes to rolling deep in the woods with your tribe, Senior knows there are no tracks that hit harder than those from the Wu. Be ready though, The Clan’s beats will get everybody as wound up as the boys dancing around the fire in Lord of the Flies — so protect ya neck. They don’t say Wu-Tang is for the children for nothing.

READ NEXT – Let’s Get Dark: The Best Songs About Murder