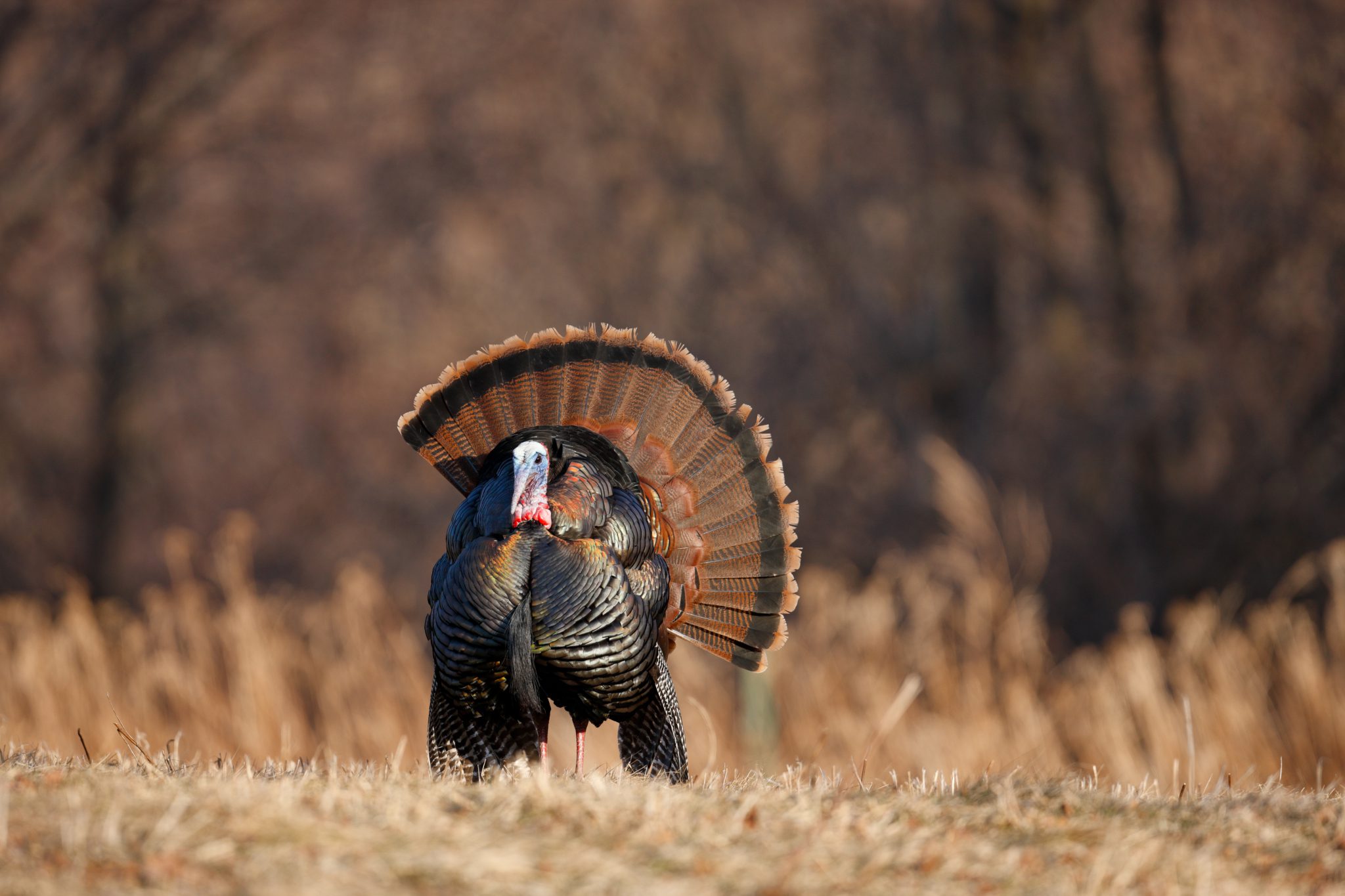 “This corona deal sucks. Every parking lot is full and I heard four shots this a.m.”

For once in my life as a turkey hunter, I could feel smug. The text came from a friend hunting the public area where I have chased spring gobblers for 30 years. I read it in peaceful solitude, sitting up against a tree on private land. On a whim last winter, long before I heard the first news reports of a man in Washington falling ill after a trip to Wuhan, I found a new place to hunt. I had no idea a once-in-a-century pandemic would unleash a swarm of bored shut-ins to overrun my former turkey hunting spot.

And it wasn’t just my local hunting grounds that saw a wave of hunters. Hunting license sales spiked nationwide, and everyone, it seemed, went turkey hunting. Georgia, for instance, showed a 57% increase in hunters signing in to wildlife management areas. My home state of Iowa crushed its old harvest record by 20%. Harvests rose across the East, the Southeast, and the Midwest. There’s every indication that 2021 will see turkey hunting crowds in the woods again as the pandemic lingers on.

Two of the nation’s top wild turkey researchers, Bret Collier of Louisiana State University and Michael Chamberlain of the University of Georgia, helped me understand what the 2020 season might mean for this year and beyond. “Turkey season was the only hunting season open when COVID-19 hit and people wanted to get outside,” said Collier. “There were lots of licenses sold to inactive hunters who hadn’t bought a license in several years, and there were lots of first-time hunters, too.” Collier went on to say his graduate students working in the national forest reported turkey hunters on every road and parked at every gate last spring in numbers they had never seen before.

He was quick to point out there are still plenty of turkeys.

“Two-year-old gobblers make up the bulk of the harvest,” he said. “The birds that were jakes last year will be 2-year-olds this year, so harvests could remain fairly high. You won’t hear as many turkeys gobbling though, because there aren’t as many older gobblers left in the woods after last year.” Collier thinks we won’t see the full impact of the hunter surge until 2022. “That’s when we’ll see if we’re taking more birds than we’re producing,” he said.

The hunting industry sees all the new hunters as the bright silver lining in the COVID cloud. The pandemic-inspired license-buying surge bucked the trend of declining license sales over the past several years. There’s hope that these new license buyers will stick around to reinvigorate a sport that needs new blood.

“We will see some hunter retention. How many of these new hunters we retain depends on the experience they have this year,” Chamberlain said. “If they have a good season this year, they may stick with turkey hunting; otherwise, they might find something else to do when the pandemic ends.”

In the spirit of making the 2021 season a good one for everyone, here are some thoughts about turkey hunting in the time of the COVID pandemic. If you want to travel to hunt this spring and would like to go someplace where the turkeys weren’t hammered last spring, you don’t have to go very far.

Although there’s a strong unwritten rule against hot-spotting — giving out prime locations online — I don’t think you can hot-spot an entire state, especially when that same state is not only no secret but takes out ads everywhere pleading for people to come shoot its turkeys.

Nevertheless, I will not divulge the name of the state, except to say that it rhymes with “Alaska.” Last year, the state that shall not be named stopped selling nonresident tags at the end of March, and although more residents did buy turkey licenses and shoot some turkeys, it wasn’t enough to make up the deficit caused by the decline in nonresidents. It was that rare state where harvest numbers declined.

Having hunted there myself a few years ago, I will call the place a turkey wonderland. It offers an early archery season beginning in late March and a gun season that runs well into May. There are lots of birds, both true Merriam’s and Merriam’s-Eastern hybrids. People will tell you they’re dumb, which is unfair. Birds that live in wide-open spaces can seem gullible because they will come long distances to calls. They have to. They range over big country. If they weren’t willing to walk to find one another, they never would reproduce. Nevertheless, these birds can make you feel good about your calling.

Likewise, the State That Has the Black Hills in It is a perennial favorite among traveling hunters and has pointedly remained open for tourism throughout the pandemic — and prospects for turkey hunting in the Black Hills look good this year, too, as long you don’t mind some up and down walking and wildly unpredictable swings in weather. Almost everyone’s Black Hills hunting story begins with either “It snowed 2 feet the night before the hunt” or “The winds blew 30 miles an hour the whole time.” But it’s beautiful and has lots of birds.

If you plan to stay put and hunt, as a lot of people are predicted to do this spring, you’ll likely find more hunters in the woods and, if you live in the eastern half of the country, fewer gobblers. Fewer gobblers, obviously, means fewer gobbles. So, slightly less obviously, does increased hunter turnout. “Human activity in the woods depresses gobbling,” said Chamberlain. “We have study areas where hunting isn’t allowed, and those undisturbed birds gobble all spring the way turkeys are supposed to.”

The answer to lower gobbling activity is always more scouting and more patience. If you’ve found sign, or seen birds, and figured out where they like to strut and roost, it’s easier to hunt with confidence even if you’re not hearing much. Sit down, get comfortable, and call every 10 minutes until you can’t stand it any longer, then get up to walk and call for a bit, then sit. Stick it out for as long as you can.

One solution to the problem of more hunters in the woods is the same as my all-purpose answer to almost any turkey hunting problem: Avoid the crowds by sleeping in and hunting middays. Even in a pandemic, everybody else goes home eventually, and many are done turkey hunting by 8 a.m. The turkeys that shut up early as people crashed through the woods look around, realize the humans are gone for the day, and get on with it. Late morning from 9 a.m. to noon or 1 p.m. is prime time to call turkeys any year, but especially if they’re being disturbed by lots of hunters first thing.

Albeit not on purpose, I avoided the crowds in 2020, by finding a new and out-of-the-way place to hunt. Admittedly, I’m lucky to live where knocking on doors and asking permission still works, but finding a new place can also mean exploring a public area farther away from town. It could mean hunting marginal public or private ground and accepting the trade-off of fewer turkeys for fewer hunters. That’s the kind of place I hunt.

The landowner gave me bewildered permission. “I don’t think we have very many turkeys. We don’t see them too often, but you’re welcome to try,” he said.

After a scouting trip and an armed reconnaissance or two, I set up at the edge of a small field early one morning. Three different gobblers sounded off on the roost, then entered the field one after another, each from a different direction. They met in the middle and strutted to me, gobbling in unison until I shot one at 5:55 a.m., ending the best off-the-roost hunt I’ve ever had.

Next morning, I tried a different part of the farm, wandering along a wooded bluff overlooking a creek, stopping to sit and call every couple hundred yards for an hour or so before moving on. The third time I sat down, I heard one of those gobbles so faint it doesn’t sound like a gobble, but it doesn’t sound like anything else either. I threw out some excited cutts and yelps, and the bird came right back with another faint gobble. Thirty minutes and three increasingly loud gobbles later, my second turkey, a big, fat 25-pound 3-year-old, stood 20 yards in front of me.

Before I knew it, I was tagged out, home and housebound again, but now in severe turkey withdrawal. I even caught myself halfway wishing I’d never found my private spot so I could still be out there, even if it meant fighting the crowds on public land. Instead, I got a grip on myself, sent the landowner a few pounds of bacon from a local smokehouse, and mentioned I might like to hunt there again next year.

Read Next: How To Start a Gun Dog