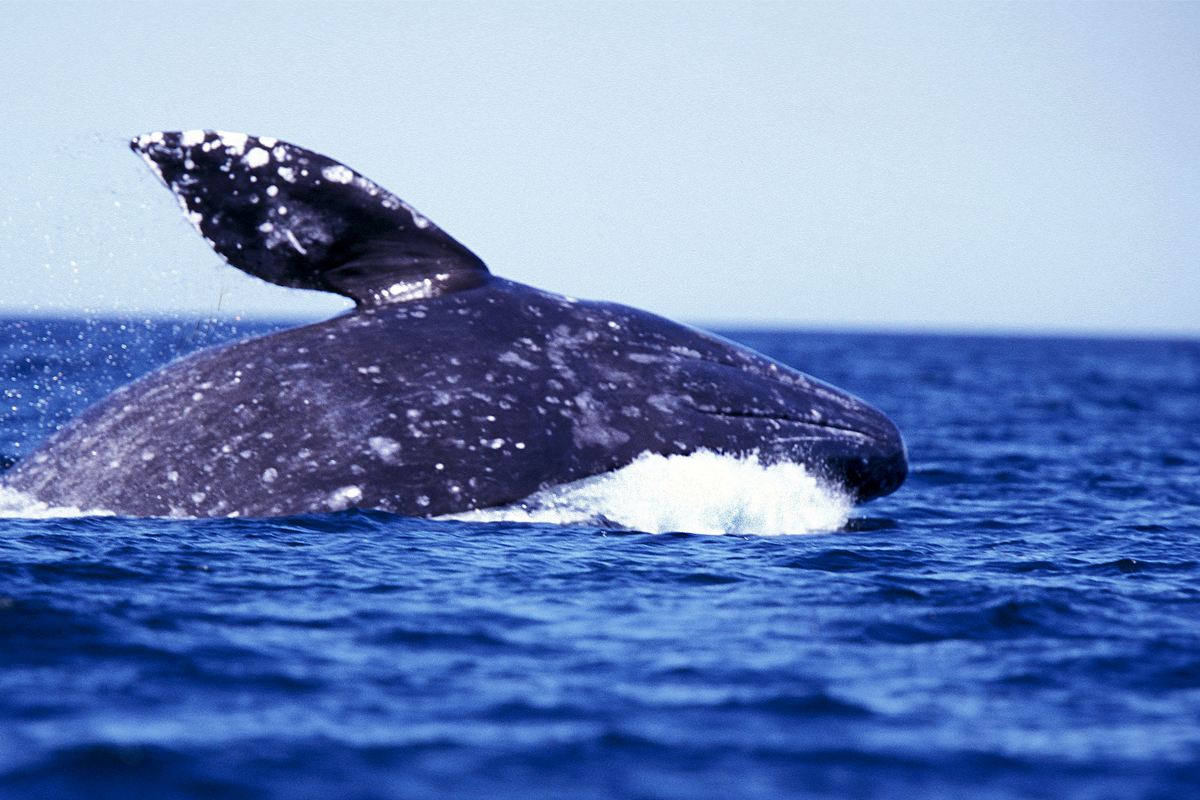 Whale hunting is a tradition sacred to the Makah Tribe, an indigenous people who live on the Pacific Northwest Coast. But due to dwindling whale populations and a lengthy legal battle, the Makah have only had one whale hunt in nearly a century.

Now, the Makah are hopeful the National Oceanic and Atmospheric Administration Fisheries (NOAAF) will grant the tribe a waiver authorizing the killing of marine mammals otherwise prohibited by the Marine Mammal Protection Act (MMPA).

The waiver would open doors for the Makah tribe to resume traditional whaling practices that date back nearly 2,700 years.

The whales are a crucial element of Makah culture and are featured in their dances, songs, art, basketry, and tribal crest, but whale hunting is more than just cultural practice for them. The Makah Indian Reservation is located on the remote, northwestern tip of Washington State, where the Strait of Juan de Fuca meets the Pacific Ocean. Due to its remoteness and a high poverty rate on the reservation, the tribe relies heavily on subsistence resources: 99% of Makah households rely on hunting and fishing for food, according to the International Whaling Commission (IWC).

The tribe is requesting a “status quo catch limit of an average of four gray whales per year, with a maximum of five gray whales in any one year. This level, which was approved by the IWC in 1997, 2002, 2007, and 2012 reflects the tribe’s cultural and subsistence need for up to five whales per year. It asks for one whale for each traditional Makah village and is based on a calculation of the per capita amount of meat, oil, and blubber that five whales would provide for the community as measured by the number of Makahs living on the reservation today.”

“Since time immemorial, the Makah people have depended on the reliable and abundant resources from the ocean for their subsistence, culture, and economy,” the IWC says. “Hunting whales, seals, and other sea mammals and catching halibut, salmon and other marine fish have always been integral and essential to Makah life.”

The Makah are the only Native Americans with an explicit treaty right to hunt whales, a right explicitly preserved in the Treaty of Neah Bay, signed by Maka representatives and Isaac Stevens, governor and superintendent of Indian Affairs for what was then the Territory of Washington on Jan. 31, 1855.

Members of the Makah Tribe regularly hunted whales until the 1920s, when they voluntarily ceased hunting due to concerns over dwindling whale populations.

RELATED: Back From the Brink – The Fall and Resurgence of the American Bison

After the Eastern North Pacific gray whale was removed from the Federal Endangered Species list in 1995, the Makah held one successful hunt in 1999. Leading up to the hunt, the whaling crew prepared with intense training. They were supported by community members who fasted and prayed for a successful hunt.

Despite the whale hunt’s cultural and spiritual significance for the Makah, some pro-whale environmental groups, including the Sea Shepherd Conservation Society and Ocean Defense International, vociferously criticized the hunt. In June 2000, the Ninth Circuit Court of Appeals sided with whaling opponents and banned future Makah Tribe whale hunts.

Since then, the Makah have been embroiled in a lengthy legal battle to exercise their treaty rights.

In 2002, the federal court of appeals issued a ruling stating that the Makahs need a waiver of the MMPA protections to resume their traditional hunting practices. The tribe applied for the waiver in 2005 but still has not received it.

That may soon change.

Jordan stated the eastern North Pacific gray whale stock “will not be disadvantaged by the issuance of a waiver,” and the authorized hunts “will not meaningfully affect its distribution, breeding, or migratory habits.”

Jordan’s recommendation also included proposed regulations that would establish hunting limits lower than the five whales per year the tribe requested and would also establish whale-hunting seasons. Under Jordan’s suggested limitations, the Makah Tribe could hunt for four months during odd years — July through October — and kill up to two eastern North Pacific gray whales. During even years, the Makah would have a six-month hunting season that begins in December, during which the tribe could harvest up to three whales.

Saturday, Nov. 13, marked the end of a public comment period. More than 300 comments from both hunting supporters and critics were filed over 45 days. Now, NOAA Fisheries will consider those comments, Jordan’s recommendation, and comprehensive environmental analysis in their decision regarding the Makah Tribe’s request for a waiver.

D.J. Schubert, a wildlife biologist with the Animal Welfare Institute, has been outspoken about his opposition to the Makah whale hunts.

“There are legal, scientific, and welfare implications of the hunt,” Schubert said. “It’s simply impossible to humanely kill a large whale.”

A quick ethical kill of such a large marine mammal is indeed difficult. The 30-foot gray whale taken during the Makah’s 1999 hunt was harpooned twice before being shot and killed with a rifle.

The Makah see the death of a hunted whale differently.

“We acknowledge the life of the whale in the process and ceremonies,” Makah tribal council chairman Timothy J Greene, Sr., chairman of the Makah Tribal Council, told The Guardian. “We give that life the respect that it deserves. We believe that that life isn’t taken by us, but that the creature chooses to give its life to us to sustain us and carry out our connection with the ocean and with that part of the natural world.”

Tribal members also honor the whale by using virtually every part of the animal, including the meat, bones, intestines, and baleen.

Greene also said denying the Makah their hunting rights is akin to denying communion to a member of the Catholic Church.

“It’s that deep,” he explained.

“Subsistence hunts by Indigenous peoples have a long history and have never put entire populations at risk,” Hocevar told The Guardian. “As we think about the major course corrections that humanity must undergo today, we might benefit from seeing what we can learn from Indigenous communities that have been much more successful at living in balance with nature than those who colonized their lands and waters.”

Read Next: Watch – Hunter-Gatherers and the Meaning of Life