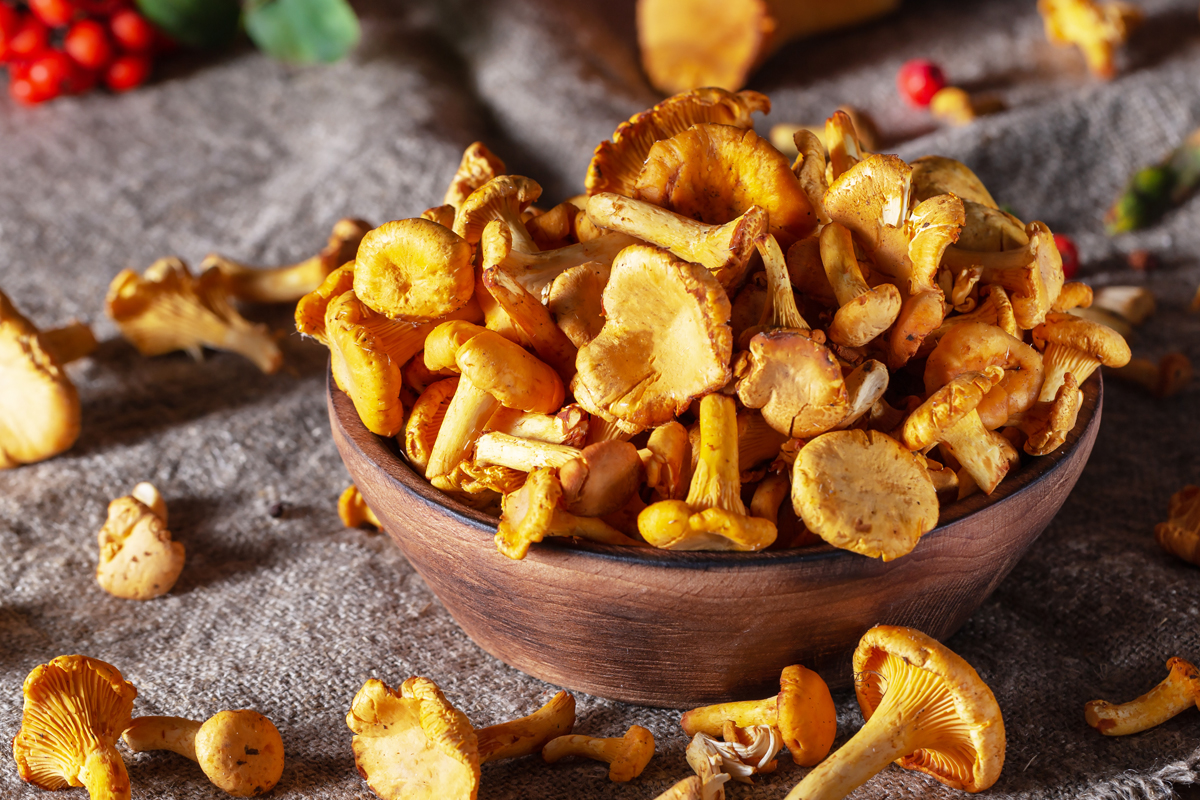 It can be intimidating for beginners to get into mushroom foraging, but with a little bit of knowledge and attention to detail, you’ll be coming home with a good haul of mushrooms to add to all your favorite wild-game dishes before you know it. Many people think mushroom hunting is a spring thing, but there are many delicious, easy-to-identify mushrooms that pop up in the fall all over North America. Most fall mushrooms will appear before the first hard freeze and after some precipitation.

The Basics of Mushroom Identification

Even though the fall mushrooms below are easily identifiable with few, if any, inedible look-alikes, it is still important to positively identify all mushrooms before consuming them. Pick up a guidebook for your region and study it. There are many online mushroom identification groups, and joining one is a really good idea. These groups are a collective of knowledgeable amateur mycologists who are happy to help you identify your mushrooms.

Identifying mushrooms requires one to observe the following: the substrate or where the mushroom is growing, the type of gills it has, coloring, cap size and shape, stem type, what a cross-section of the mushroom looks like, and potentially spore prints.

All mushrooms, regardless of edibility, should be cooked before eating. If you can get the hang of looking for these characteristics, you will be well on your way to bringing home your first haul of fungi.

Here are a few tips for the beginner mushroom hunter and a list of seven easy-to-identify mushroom favorites for the fall.

Related: You Can Get a Great Filet-O-Fish Sandwich Without the Drive-Thru

Identification: Chanterelles are prized edibles, easy to identify, and often found in large quantities. People in my home state of Oregon haul in about 500,000 pounds of these mushrooms per year. When conditions are right, it’s quite common to find 20 pounds or more in an afternoon.

Chanterelles are often bright orange or yellow, but there are also white varieties. They like moist soil in mature forests, which is one of the main reasons for their prevalence throughout the Pacific Northwest. Common identifiers are false gills, a funnel shape, wavy caps, a faint apricot smell, solid white or pale yellow coloring, and string-cheese-like consistency. They are most often found alone and occasionally in small clusters, but clusters are less common.

It is important to note they share some similarities with the poisonous jack-o’-lantern mushroom, but you can see many differences if you study each mushroom carefully. Jacks often grow in clusters on wood, have true gills, and they get their name because they glow in the dark. There are also false chanterelles which have true gills, round, flat caps, and hollow stems.

Preparation: Chantrelles go great with just about everything. They’re excellent in risotto, soups, pickled, or added to just about any meal. They also pair well with a nice venison steak and many other wild game dishes that use butter and/or wine.

Related: An American Classic – How To Make Squirrel Potpie

Identification: Lobster mushrooms are actually a fungus that infects other mushrooms, mainly Russula brevipes and Lactifluus piperatus. They are prime edibles, named after their lobster-like coloring and flavor, making them very easy to identify. They are bright orange and usually found near trees, especially hemlock. Note that the cap and stem are unique and that these shrooms have no gills to speak of and smell faintly of seafood.

Preparation: They are called lobster mushrooms for a good reason: they really do smell and taste faintly like seafood. For this reason, they’re often used as a substitute for crab or lobster in many dishes to create things like lobster-mushroom rolls or lobster-mushroom bisque.

These shrooms go great with just about everything. They’re particularly good in risotto and soups, and they’re also great when pickled or added to just about any meal. They also pair well with a nice venison steak and many other wild game dishes that use butter and/or wine.

Related: Eat That Bear Meat – How To Make Bear Brats

Hen of the Woods (Grifola frondosa)

Identification: Hen of the woods, also known as maitake, is a polypore similar in shape and habitat to chicken of the woods, but they are tan or cream-colored. They usually grow in large clusters at the base of hardwood trees and stumps like oak with tightly stacked, spoon-shaped caps.

Preparation: These mushrooms go well with just about anything. They’re excellent on pizza and in pasta dishes, or even with ramen — whatever you can think of, try adding hen of the woods and you won’t be disappointed.

Identification: These tasty mushrooms get their name from their close resemblance to actual oysters. They have distinct gills and exclusively grow in clusters on dead or dying hardwood trees — maple and beech in particular. Occasionally they may look like they’re growing out of the ground, but there is most definitely a decomposing tree under there somewhere.

They are usually white to cream, or gray to brown in color, but there are also lilac varieties. They often have a very small stem, if any, and decurrent gills (gills that extend down the whole stem).

Preparation: Oysters are commonly used in Asian cuisine and work well with pasta dishes. This is another mushroom that can be added to just about any dish. They pair particularly well with venison or upland birds and a white-wine sauce.

Identification: Puffballs are very easy to identify when mature and can be enormous. Some mushrooms look similar to puffballs when they are immature, but all you have to do is cut one open to identify them. If it is solid white inside with no stem, gills, or cap, it’s a puffball. Otherwise, it is another kind of mushroom and should be discarded. It is worth noting that immature puffballs share some similarities with Amanita phalloides, or the Death Cap mushroom. You don’t want to eat a Death Cap mushroom.

If you are unsure about what you have, you can always come back to the area a bit later when they’re more mature when the two mushrooms look completely different. Puffballs seem to like disturbed areas and often grow on or nearby trails.

Preparation: Try puffballs sliced, breaded, and fried or added to many breakfast dishes. Some people even use them to make a gluten-free substitute for pasta or pizza dough.

Chicken of the Woods (Laetiporus sulphureus)

Identification: Chicken of the woods, or sulphur shelf mushrooms, are a member of the foolproof four: or a group of edible mushrooms that are easy to identify and have few if any non-edible look-alikes. This easy-to-spot mushroom is bright orange and yellow and grows exclusively on freshly dead trees with no prominent stem. They usually grow in clusters on hardwoods and occasionally on conifers.

Identification: Lion’s mane is one of the most recognizable of all fall mushrooms. It grows in clusters on hardwood trees and earned its obvious namesake from a resemblance to a lion’s shaggy mane. They should be eaten when they are still white in color.

Preparation: These mushrooms can be added to plenty of recipes, including mushroom crab cakes, and soups, but they are also considered medicinal. There is even some research that shows this mushroom could be beneficial for the brain and even help those afflicted with Alzheimer’s disease.

Read Next: A Gut-Saving, Probiotic Drink – How to Make Water Kefir and Milk Kefir 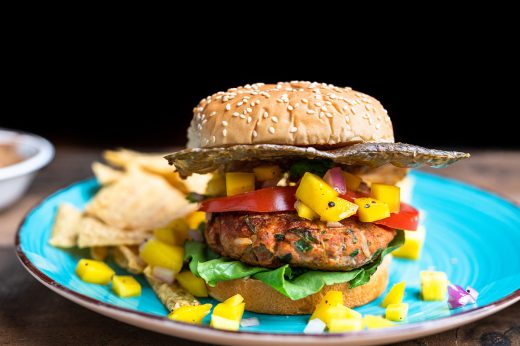 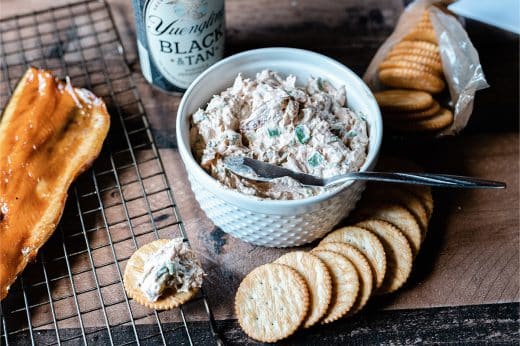 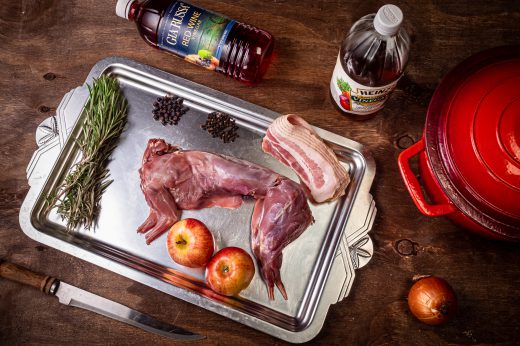