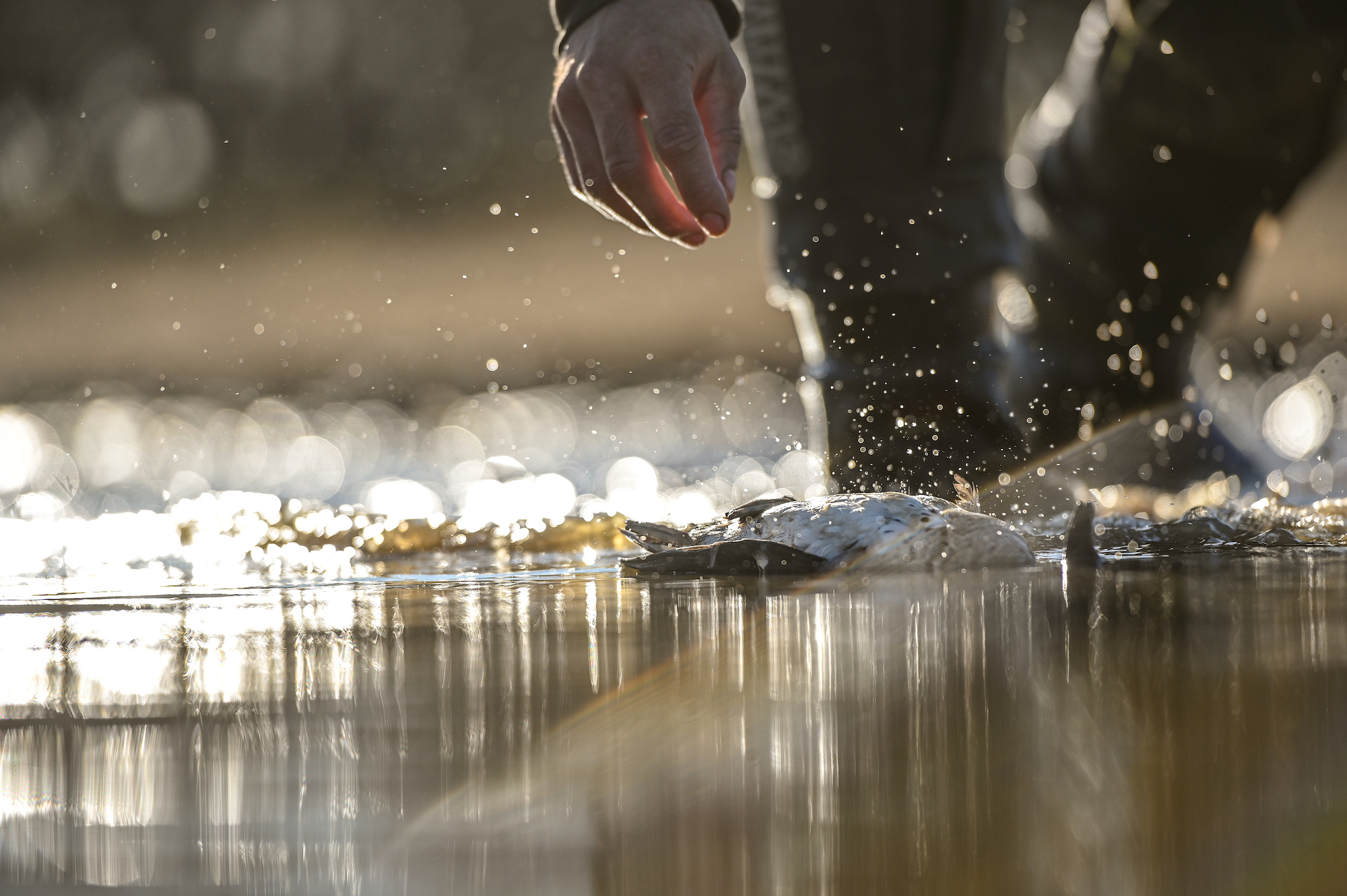 The Thanksgiving hunt, a red-letter event for so many hunters who look forward to the field before a day of food and family bonding, is a touchy subject at my house.

I don’t hunt on Thanksgiving, nor on the day or two before. My wife, raised in the suburbs of the Jersey Shore, grew up knowing no hunters and, therefore, no one who hunted on Thanksgiving Day. In her view, which prevails at my house during that particular holiday week, women cook on Thanksgiving and on the days leading up to it. Men clean or do prep work like peeling potatoes and apples, for instance, or they help out with dishes — they do things they can’t screw up.

If I do get out of the house, it’s usually to run to the store to pick up some missing ingredients. On Thanksgiving Day itself, if they have their dusting done, men are allowed to watch parades.

I’ve seen plenty of Thanksgiving hunts. My dad always made a point of hunting Thanksgiving morning in hopes of catching a few late-migrating mallards before the inevitable storm and freeze-up the weekend after the holiday. Far more interested in TV and eating back then, I’d stay home. Sometimes, Dad came back with a couple of ducks, sometimes not, but he was always glad to have been out in the cold, and thankful to be warm again with family around him. Even from my fat-kid perspective on the couch in front of a football game on the tube, it seemed like Dad observed the holiday the right way.

As an adult, though, I have been to the Thanksgiving hunt mountaintop and seen its glories. Once.

Granted, it was Canadian Thanksgiving, the second Monday of October, and everything was a little bit different, but it was wonderful. We had broken ice on a frozen slough that morning and shot ducks, then came back cold, tired and hungry. I didn’t even know it was Thanksgiving, but we returned to a table overflowing with turkey and all the sides. Surrounded by friends and food (turkey comes with pierogies in prairie Canada where there are a lot of Russians) with CFL football on TV and cold Molson in hand, I got to bask in the afterglow of the Thanksgiving hunt that one time.

Even with that day fixed in my memory as the Best Thanksgiving Ever, it seems prudent to make concessions and take a few days off from the field. The year my mother-in-law came to visit, however, the calculus changed. It wasn’t that I don’t get along with Diane. I do. It was all those ducks I found.

I was assigned the dreaded holiday airport run, but my mother-in-law’s Tuesday night flight was rained out and rescheduled for the morning before Thanksgiving. If it hadn’t been delayed, and I had picked her up after sunset, I never would have found the ducks on Wednesday. I still think of that delayed flight as a little Thanksgiving Miracle.

The route from the airport to home crosses the reservoir, and on the trip back, I glanced out the window at the bay that comes up to the road. I pulled onto the gravel shoulder, perhaps more abruptly than I  should have.

“Is something wrong with the car?”

“No, sorry, I have to look at something real quick.”

The bay was full of green-winged teal. Hundreds of them. All a person needed to do was drag a sneakboat into the bay, run the ducks out, set a few decoys, cover up, and shoot the teal when they returned. That would be the easy part. The hard part would be getting out of the house.

I drove home as fast as I could without getting pulled over and tossed Diane’s bags into the guest room. When my wife and her mother announced a trip to the store for yet more food, I saw my chance. Pam takes forever at the store. I joke about her interviewing each piece of produce (“Where do you see yourself in five days? Still fresh or attracting fruit flies? How has your previous experience prepared you to be a part of our salad?”).

I figured with grocery shopping followed by a trip to the liquor store, I had a good 3-hour window to go hunting while they would be gone. With the reservoir 20 minutes away, I could probably squeeze in the closest thing to a Thanksgiving hunt I would ever see.

RELATED: Waterfowl Starter Kit – Everything You Need to Slay Ducks and Geese

“I need to go duck hunting,” I announced. It seemed best not to beat around the bush. “I’ll be back soon, I promise.”

And I was back soon. It took only a few minutes to grab waders and a shotgun and to tie the Poke Boat to the roof. Even though I knew all the Thanksgiving duck hunters were likely already home and my ducks would still be there, I breathed a huge sigh of relief when I rounded the bend on the highway and saw all 500 or so teal right where I’d left them.

The boat was light enough that it didn’t take long to carry it down the riprap lining the road, nor to drag it a couple of hundred yards to the water’s edge. The teal jumped in waves when they saw me. I pulled the boat up to where the thickest mass of ducks had been sitting, hid it in the weeds, threw out a dozen decoys, and loaded up. Even being choosy and shooting drakes as the teal came back and into the decoys, I was limited in 30 or 40 minutes. I pulled the small spread, towed the boat to shore, hoisted it up the riprap, tied it down, and got on the road.

At home, I hung up my ducks and put my gear away. The shoppers came back, and the boys returned from whatever they had been doing. I hadn’t felt the cold when I was out hunting, but now, back home again, I noticed how warm the house felt.

Read Next: How to Prepare a Wild Turkey Thanksgiving