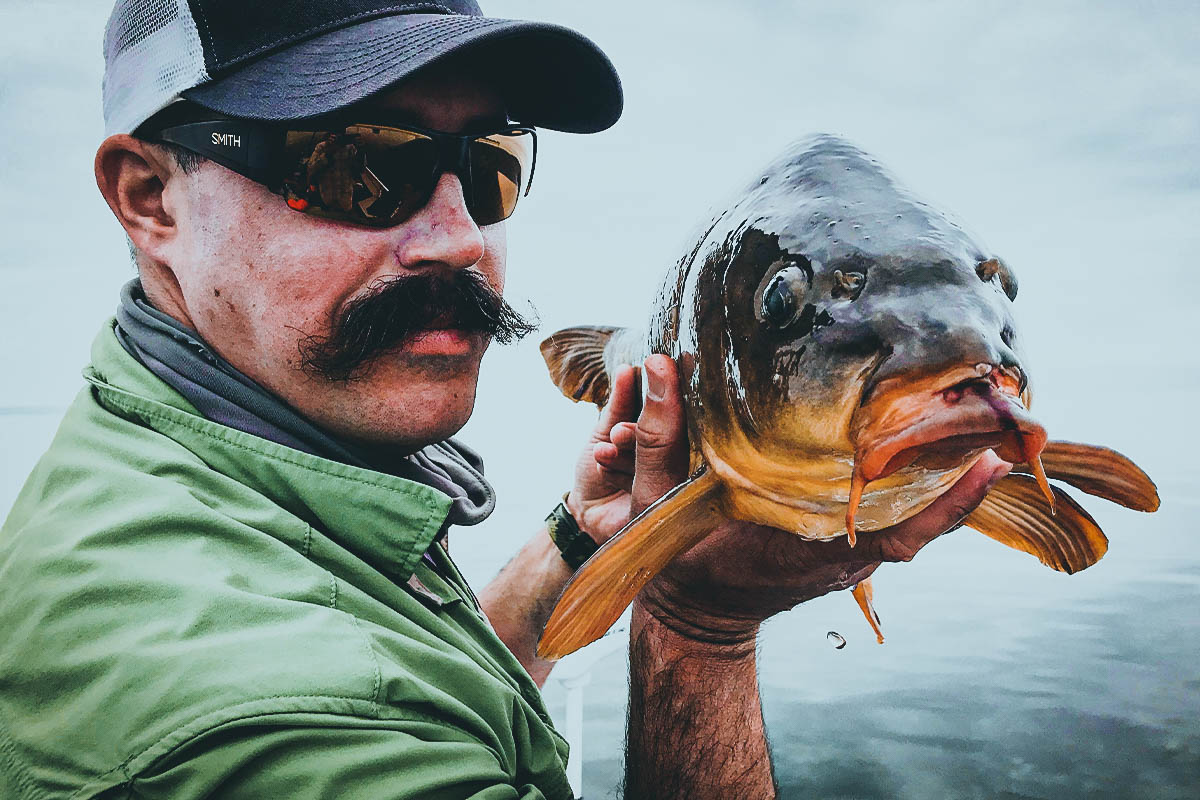 The perfect proportions and irresistible charisma of a trout will never be overshadowed by a catfish. Nor will a black drum ever outshine the prehistoric, chiseled-silver elegance of a tarpon. No, ugly fish are not heirs to the throne of “finest gamefish.” They’re more likely to be the ones that storm the castle for shits and giggles.

Ugly fish are the hard-living, hard-fighting, blue-collar underdogs that don’t necessarily live in pristine, bougie places — and that’s why we love them.

Maybe it’s also because they’re not prototypical — they vary significantly in appearance and stature from one to the next. Maybe it’s because they don’t give a damn about expensive gear or curated Instagram photo ops.

Maybe it’s because some of them defy gag reflexes, and taste really damn good.

From farm ponds and silt-bottomed rivers to saltwater marshes and coastal canal systems, ugly fish are beating the bad rap they’ve undeservedly had to carry for generations in the U.S. and have finally become prized hook-ups for fly and spin anglers.

Everyone has their own ugly fish list, but here are seven beauts that would be more likely to beat up the pageant queen than be crowned as one.

Pretty much all catfish qualify for the ugly fish distinction, but flatheads — especially old ones — look like that grandma who drinks her coffee with bourbon, smokes unfiltered Lucky Strikes, leaves her teeth in random places around the house, and refuses to pluck the wild hairs growing like steel wire from her cheek moles.

Also, like grandma, flatheads are ornery as hell, love creamed corn, can grow to immense sizes, and will not go quietly with you anywhere because they know you’re just going to try and put them in a home. Word of warning: if you’re going to noodle a flathead, don’t expect to be soft-gummed. You will get roughed up.

Carp have been a celebrity fish in Europe and Asia forever, and are only now edging in on the limelight normally reserved for flats, bonefish, or angry smallmouths here in the states. They’re all capable of some serious slob status, but of all carp species, the mirror carp variety of common carp is the leper that Jesus might’ve even hesitated to touch.

Carp in general are exceedingly tough to hook because they’re so picky and skittish, thus the comparison to bonefish. Unlike bonefish, however, mirror carp can grow to be over 60 pounds. Because mirrors don’t exist in huge numbers, their sparse and random mirror-like scales being a double-recessive genetic trait, they’re an awesome fish to check off the ugly fish bucket list.

For fish like the barracuda, pike, musky, bluefish, or mackerel, their teeth are designed for one thing: to butcher flesh. Sheepshead, on the other hand, look like they’re ready for their Glamour Shots portrait session.

Sheepshead, also called convict fish because of their distinct vertical black stripes, have a mouthful of human-looking teeth and roam the coast from Cape Cod to Florida and the Gulf of Mexico to Brazil.

Grabbing bait and crushing crustaceans around rock pilings, jetties, mangroves, reefs, and piers with their chompers, sheepshead can grow to around 3 feet long and weigh up to 20 pounds. If you land one, mind your fingers, or you’ll be reminded of what it feels like to be bitten by an angry toddler.

If you’re fortunate enough to pull one of the big, old donkeys from the brackish waters of a coastal estuary, you’re going to experience firsthand what 50 pounds of ugly in a 30-pound body looks like.

Black drum start off looking like sheepshead until they grow larger than 24-inches. Then, their stripes fade and they take on a muddy look. Where their redfish cousins keep their physique as they get giant, black drum fully embrace the dad-bod and stick pretty close to the oyster bars.

Native to Africa and Asia, snakeheads are an invasive species that were first discovered in a Crofton, Maryland, pond in 2002. They have large mouths, shiny teeth, and a long body with an elongated dorsal fin that runs almost all the way to their tail. They look like a boa constrictor with fins.

As if to prove their ugliness will not be denied, snakeheads have the capability to survive on land for four days as long as they stay wet, and can also crawl as far as a quarter-mile from one water source to another. The apex predator can spawn up to five times a year and has been documented in 11 different states across the country. According to the International Game Fish Association, the world record snakehead was caught in the Potomac River in 2013: a 17-pound 6-ounce specimen.

The sturgeon is a scale-less, armor-plated, bottom-dwelling, toothless fish that can grow to well over 12 feet long and live for a century or more. In other words, for a fish with ancestry that dates back to sometime between 174 to 201 million years ago, its looks are not surprising.

There are people who have dedicated their fishing careers to chasing the fish equivalent of a USS Ohio-class submarine without the cruise missiles. Comparisons have been drawn between sturgeon and tarpon because of their leaping ability and battle-of-wills fight. Of course, comparisons end there when considering their prehistoric looks. Tarpon are called silver kings. Sturgeon more closely resemble dusty-gray Klingons.

American paddlefish are one of our largest freshwater fish and have found a bit of a cult following in the Midwest since they can grow to weigh more than 100 pounds, battle like a middleweight MMA fighter, and run like their tail is on fire.

The paddlefish gets its name from its broad and paddle-like rostrum or snout. Native to the Mississippi River basin, the paddlefish has a spindle-shaped, smooth-skinned scaleless body, small poorly developed eyes, and a heterocercal tail like a shark. Their jaws are adapted for ram feeding so they eat zooplankton, small insects, insect larvae, and small fish, which means snagging is the preferred method of catching them.

Since snagging is really a one-way ticket for the fish, recommendations for cooking include battered and deep-fried pieces or 1-inch thick marinated steaks fillets with lemon and pepper on the grill. Paddlefish flesh is very firm and contains enough fat that it will not dry out on the grill as quickly as most fish.