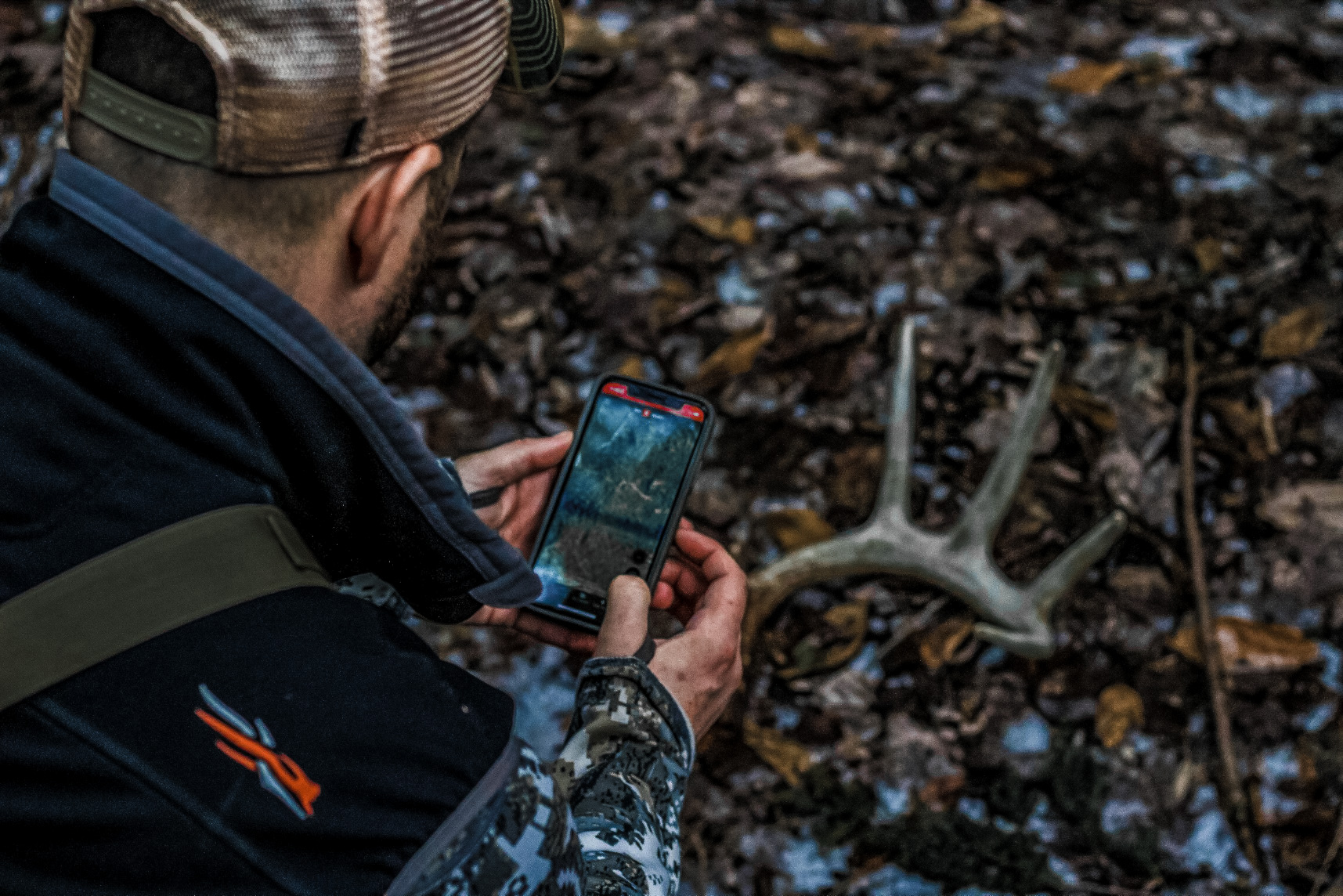 Diehard whitetail hunters eat, breathe, and sleep all things deer hunting, 24/7/365. In many locales across North America, deer seasons are over; and hunters in places where there are still a few more days on the deer-hunting calendar are burning the last of the candlewick. Not to worry. Whitetail fanatics know a new season is right around the corner — one that doesn’t involve bows, broadheads, or bullets. All one needs to take advantage of this season is a positive attitude, family and friends, and the willingness to burn some gas and boot leather. Yep, it’s shed season, and these shed hunting tips will help you make the most of the “off” season.

I’m a terrible shed hunter. Let that be known to all. I love it but suck at it. That’s why I reached out to my whitetail Yoda and south-central Nebraska native, Terron Bauer. Bauer has an uncanny ability to grow big deer on his father’s 200-plus-acre farm, and like many whitetail fanatics, finding shed antlers from one or both sides of a hit-list buck that made it through the season is almost as good to him as having killed the deer. Then there are those up-and-comer sheds. It doesn’t really matter. If it’s brown and on the ground, it’s considered a great find.

“I love it,” Bauer said. “This year, I let some 160-plus-inch deer walk — deer I know will make [Boone and Crockett] next year. And I want to find their sheds badly. Then there are those two-, three-, and four-year-old bucks with which I have lots of history. Nothing is cooler than finding their antlers, other than getting a trail cam pic in late June letting you know they made it through the winter.

“Plus, I have lots of access I’ve gained through knock-on-door permission. Some landowners won’t let you hunt, but they will let you access their dirt to look for cast bone, and every shed hunter should keep this in mind.”

Leave Your Trail Cams Up

Bauer starts his shed missions in early February and continues shed antler hunting through April and May. To figure out when and where to strike, he leaves his cell trail cams up after hunting season is over. As soon as Bauer starts seeing deer with one side missing, he begins his shed quest.

“Cameras are a great shed tool,” Bauer said. “Too many guys and gals pull them down too early. If you have some excellent food sources, especially grain or a good winter greenfield, move your cams to these areas. If it’s legal to do so in your area, put out some corn and protein and situate cameras over these piles. Not only are you giving your deer what they need nutrient-wise, but you’ll also see when those deer start dropping horns.”

During his earliest shed forays of the season when bucks begin to shed their antlers, Bauer walks the perimeter of popular late-season food sources. Bucks, especially mature bucks worn down from the rut and stressed from a brutal winter, typically drop first.

Bauer finds most of his larger sheds in the short grass and vegetation, which are typically found along the edges of food sources in the Midwest and the East, between the field and timber. The best way to go about the actual hunt is grid searching.

“I walk slow and grid every inch around any late-season field I know deer are using,” Bauer said. “I do like to use my optics and glass out into the fields, but I typically hit pay dirt on the field edges. After walking the field’s perimeter, I hit the entrance and exit trails that lead to bedding areas.

“If you have exclusive access to your ground, stay out of the woods until after the weather starts to warm. Not only will you find more antlers, but you won’t be bumping already-stressed deer from their winter sanctuary. You’re hurting nothing by walking the fields and field edges.”

RELATED – Sheepshead Mushrooms: Hunting Guide and How to Cook Them

Bauer also pointed out that bedding areas often shift as the weather warms. Bucks will move from the deep timber to access areas with better sunlight.

“I’ve noticed this trend a lot over the years,” Bauer noted. “I don’t find tons of sheds in the bedding areas I know bucks use during the rut. As temperatures warm, bucks like to move to native grass patches, CRP fields, and other locales where sunlight can easily penetrate.

“Grass warms quickly, and warm grass is like a heating blanket for worn-down bucks. It takes some effort, and often a big group of people depending on how big these areas are, but don’t overlook any native grass or other places that offer good bedding cover and sunlight.”

RELATED – Colorado Elk Hunting: Herds Are Thriving on the Plains Once Again

Bauer recommends being very strategic about your shed-hunting approach. Of course, he wants to hit the ground running and find all the bone he can, but there’s a rhyme and reason for everything this whitetail mastermind does.

Aside from walking perimeter food sources and getting the easy candy on his home turf, Bauer hits public land and dirt he’s gained access to through knocking on doors and making phone calls first. He knows other shed hunters will be hitting these areas and isn’t as worried about bumping deer around. When hunting near home, he holds off until late March and April.

“Believe me, I want to find antlers as bad as anyone,” Bauer said. “However, you have always got to be thinking about the coming season. I like to let the weather warm before I start getting too serious on my home dirt. This takes the pressure off the deer and makes it easier for me to take the wife and kids, which I feel every shed hunter should do.

“It’s so much more fun walking ground with loved ones and friends, and your odds of collecting more antlers go up. Plus, being you should walk every inch of your property, spring is a much better time to go poking around.”

Like many hunters, Bauer uses his shed missions to learn about deer behavior in his area. While he admits he doesn’t find tons of sheds in areas his deer use in October and November, he does find a few, and those few are enough to prompt him to go in and investigate.

“You have to continue to learn about the deer you’re hunting and how they use different areas,” said Bauer. “I don’t care how big or how small your property is; when you go in and look for sheds, you see lots of past rut signs, and you always seem to learn about a new spot for a stand or blind. Don’t leave on an inch of your property unlooked. Cover it all, and be sure to jot down some notes and mark up those digital mapping apps with possible new hunt areas.”

READ NEXT – Shed Hunting Tips From Connor Clark: How to Rule the West